Tempos Energía affirms that fuel inventories are tight and that they will drop even more with the prohibition, on December 5, to buy Russian oil. 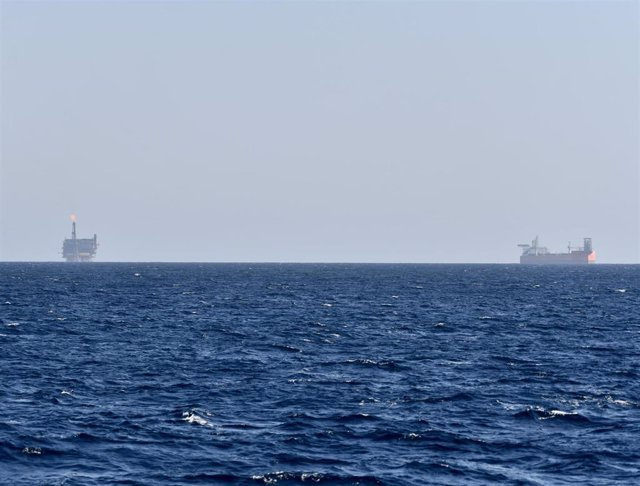 Tempos Energía affirms that fuel inventories are tight and that they will drop even more with the prohibition, on December 5, to buy Russian oil

Expert energy purchase managers have asked the G7 countries on Tuesday to urgently establish the maximum price for Brent, which is expected to be around 60 dollars a barrel. As they have explained, in less than a month almost all companies in the European Union will be prohibited from acquiring maritime cargo from Russia and, as of today, fuel inventories are already tight.

As explained by the consultancy Tempos Energía, the cuts in Brent production by OPEC have already caused the price of crude to be very close to three figures. "Right now the balance is on the bullish side," said the general director of the consultancy, Antonio Aceituno, who understands that "already touching three figures represents a clear risk for pockets, since the peak of demand seasonality will coincide with the new sanctions on Russian supplies".

For the general director of Tempos Energía, "the G7 countries have had more than four months to prepare the cap on the price of brent and, now, we can face an end and beginning of the year with a barrel of brent that is 26 percent more expensive ".

Aceituno has qualified that this is due, on the one hand, to the fact that OPEC has already begun to reduce production in line with the decision to lower its quotas to two million barrels per day. On the other, that the European sanctions on Russian oil will come into force on December 5 and, finally, the possible increase in Chinese demand thanks to the release of Covid restrictions. "These factors will drive the price of brent above $120 a barrel, 26 percent higher than the current price."

The expert has indicated that this bullish estimate could be surpassed after the decision, by the United States Federal Reserve, on the possible rise in interest rates. Keep in mind that Europe has now overtaken Asia as the top consumer of US oil for the first time in six years. From January to May, the old continent bought about 213 million barrels from the United States, while Asia received 191 million.

It is estimated that US crude production will reach 12.31 million barrels per day in 2023, the fifth consecutive downward revision, therefore, "with a high probability of being insufficient to meet the needs of both Asia and of Europe", underlined the CEO of Tempos Energía.

On the contrary, the electricity markets continue drawing a downward path, said Aceituno. The expert has highlighted that, facing December until February 2023 and coinciding with the three coldest months of the year, the German Meteorological Service has forecast an average temperature of at least two degrees Celsius, which would place 2022/23 in 33 percent of the mildest winters in the reference period 1991-2020.

Despite these positive prospects, the general director of Tempos Energía wanted to clarify that "in the gas market we move practically on a knife's edge, making it extremely difficult to keep all the positive parameters aligned at the same time in a wide time window ".

In fact, he stressed, the president of the German energy regulator has stated that "the situation could change radically when the cold arrives and extraction begins in underground storage." He has warned that "just a few days of bitter cold could cause a dramatic increase in gas use and that inventories, even at a current 99.6 percent fill level, would only last nine to 10 weeks."

To this fact we must add that "Russia, at any moment, can decide to completely cut off its gas supply to Europe, putting almost 16 million cubic meters of gas at stake, ten percent of the gas before the invasion."

Therefore, "if any parameter is eliminated from the equation, the appearance of a winter with winter, a drop in the supply of Liquefied Natural Gas by the countries of the Gulf of Mexico or the Euro-Asian supply, it would put the market on alert maximum, standing again, above the level of 200 euros per megawatt hour", Aceituno has had an impact.

1 Six out of 10 consumers prefer to buy 'online'... 2 Deliveroo ceases operations in Australia 3 UK inflation climbs to 11.1%, at 41-year highs 4 RELEASE: Repair your Debt cancel €17,419 in Santa... 5 RELEASE: MEDION launches its new ERAZER Major X10... 6 RELEASE: CORDEREX strengthens its presence with tastings... 7 STATEMENT: Innofreight aspires to the safest European... 8 RELEASE: Humanizing digitization, the key to the Insurance... 9 The ECB warns of greater risks to financial stability... 10 Calviño sees it as "desirable" to restrict... 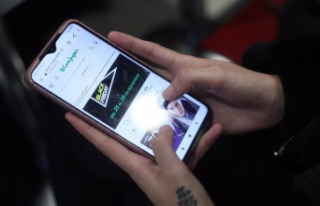