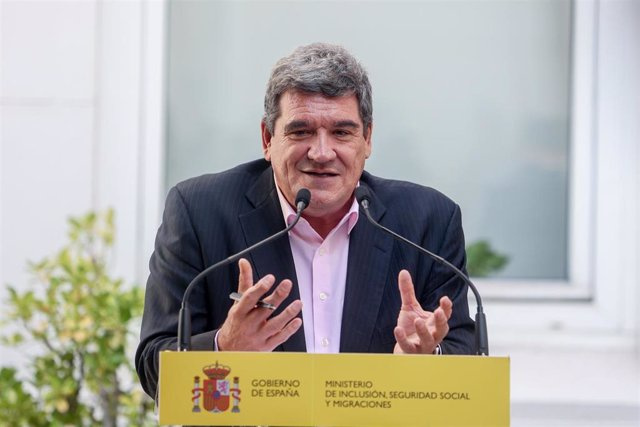 The Minister of Inclusion, Social Security and Migration, José Luis Escrivá, has ruled out that in Spain it is necessary to raise the legal retirement age to 70 years, because the 67 years that were established for 2027 is an age "more than enough" to ensure the sustainability of the pension system.

Escrivá, in statements to RNE reported by Europa Press, thus responded to statements by the general secretary and spokesperson for the PP in Congress, Cuca Gamarra, in which he assured that "nothing would happen to retire at 70 if the expectation of life continues to grow.

The minister recalled that the 2011 reform established the gradual increase in the legal retirement age, until reaching 67 years in 2027, a reform that, as he emphasized, did not have the support of the PP. Nor did this formation give its support to the pension reform that the coalition government agreed with the social agents in which the voluntary delay of retirement is encouraged, Escrivá has remarked.

Asked why the period for calculating pensions, currently established at 25 years, will be extended, the minister has indicated that "it will move little" from that threshold and has indicated that what is intended in this matter is to define with the social agents a scheme of greater protection for people with more volatile careers.

"We will move little from that level (of 25 years). It is not a proposal that we make. We are looking for a point of balance and convergence, but it does not have to do only with the calculation period, but also with the treatment of gaps in contribution and the possibility of excluding the worst years. It is a joint package", said the minister, who added that the result of all this is not to reduce the amount of pensions, but to make the system "more equitable".

This element, together with the progressive unstopping of the maximum pension and the maximum contribution bases, are being discussed with the social agents with the aim of having these matters closed before the end of the year, as explained by Escrivá.

Another issue that Escrivá wants to negotiate with the social agents, but already next year, is to find a way to encourage partial retirement so that it is "gradual" and does not result in the sudden abandonment of the activity.

Escrivá has explained that in some countries it is not possible to go from one day to the next from being active to being passive, since they progressively establish less demanding days. On the other hand, in Spain, almost until the last day you work full time.

"We would have to turn this around and see if gradual partial retirement is something we have to work on," the minister assured.

VIDEO CALLS TO SERVE THE CITIZEN

Asked about the difficulties in obtaining face-to-face appointments at the Social Security offices, Escrivá explained that it is not a widespread problem throughout Spain, but he admitted that some provinces have more problems than others and that in certain areas it is difficult to fill vacant positions .

The minister pointed out that as of 2012, with the PP government, the Social Security workforce began to be cut, today 25% lower than it was then, "ignoring the fact that the average age of civil servants is 57 years old".

"Redoing all this and redirecting it is going to take several years because you have to call competitive examinations and cover them," admitted the minister, who added that his Ministry is accelerating the processes to fill vacancies, reinforce the workforce and get officials to want to work in certain areas of Spain.

Escrivá has also explained that, in those places where appointments take place "with a certain lag" a video call pilot program has been started "which is working well". "We cannot push everything to be on the web. The video call is a way to speed up processes," said the minister.

As for whether Spain is having difficulties in managing European funds, Escrivá has assured that no more than in other European countries, and has highlighted that Spain is the country that has received the most disbursements and the one that has fulfilled the most milestones within the framework of their commitments to Brussels.

However, he has recognized that there may be slower processes due to the marked decentralization of Spain, since first there must be general calls for subsidies from the State Administration and then specific tenders by the autonomous communities. "That can lead to a slower process, but we're still doing reasonably well," he said.

The minister has also defended that the arrival of more European funds does not depend on their execution, but on the achievement of milestones. "Later, later on, we have to meet objectives, achieve certain results, and for that we will be evaluated," he added.

1 The Supreme Court will study whether the municipalities... 2 The Government rejects the possibility that the banking... 3 Lagarde sees a greater risk of recession, but assures... 4 Abertis earns 506 million euros until September, 2%... 5 ANNOUNCEMENT: KINDER JOY OF MOVING TENNIS TROPHY INTERNATIONAL... 6 RELEASE: METAVERSE CHRONOMETER: SWISS LUXURY WATCHMAKER... 7 The Ibex 35 advances 0.2% in the middle of the session,... 8 Wallapop lands in physical commerce with the opening... 9 COMMUNICATION: Top 50: the best SEO agencies in Spain... 10 Acciona wins its first power grid concession in Peru... 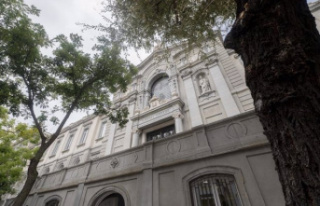 The Supreme Court will study whether the municipalities...