Euro Forecast: EUR/USD Will Likely To Hold Its Ground In Week Ahead 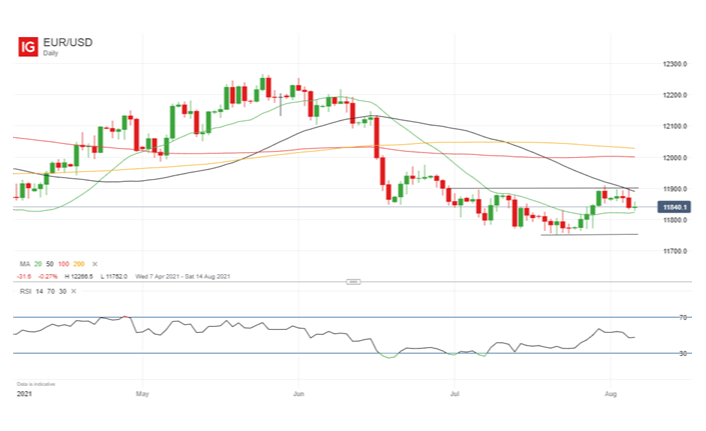 The Eurozone economy continues its strong performance, yet the European Central Bank shows no desire to tighten monetary policies. This is a perfect combination to ensure a stable currency. Notably, Eurozone economic sentiment reached a record high in July. The Eurozone unemployment rate dropped to 7.7% in June after a revision of 8.0% in May. This is better than the 7.9% expected. There is every possibility that the region's unemployment rate will fall and that more people will travel abroad. Analysts worry that the sentiment rate is slowing down, but there isn't any hard evidence to support this. The biggest concern is that Covid-19's delta variant will spread further, which could be the main reason for more travel.

The ECB could have been expected to consider tightening Eurozone monetary policies. However, it is still determinedly dovish. It will likely tighten policy much later than other central banks like the Federal Reserve or the Bank of England. While ECB hawks like Bundesbank President Jens Widmann and Belgian Governor Pierre Wunsch may not be happy with this stance, they appear to be in a minority of the ECB's Governing Board. All this suggests that the Euro will remain stable for a while, though pairs such as EUR/GBP or EUR/USD may be affected by developments in the UK and USA.

The EUR/USD chart shows that the pair has traded mostly within the 1.1750-1.19 range since June. This is not a good indicator for directional traders, but it gives you an opportunity to trade the range during the low-volume summer months of the northern hemisphere.

The Eurozone's economic calendar is very sparse. Tuesday's ZEW index, which measures German economic sentiment, will be the most important event. The news agencies polled analysts and they expect a figure of 58.0. This is a decrease from 63.3, but still a positive number. The "hard" data includes German trade figures for June, Eurozone industrial production data in June Thursday, and Eurozone trade data in June Friday. None of these data is expected to affect the FX market. 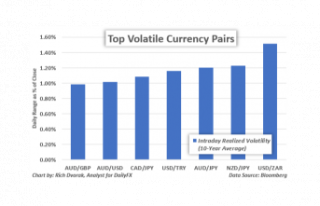 The Most Volatility Currency Pairs and How To Trade...