European leaders in Israel to discuss energy and Ukraine

European Commission President Ursula von der Leyen and Italian Prime Minister Mario Draghi are expected in Jerusalem on Monday for talks with Israeli officials who are trying, against a backdrop of war in Ukraine, to export some of their new gas windfall. 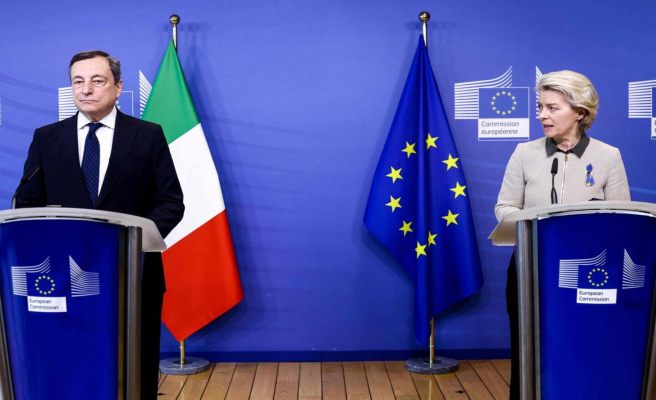 European Commission President Ursula von der Leyen and Italian Prime Minister Mario Draghi are expected in Jerusalem on Monday for talks with Israeli officials who are trying, against a backdrop of war in Ukraine, to export some of their new gas windfall.

Mrs von der Leyen, after a weekend in Ukraine, is due to meet Monday afternoon with the head of Israeli diplomacy Yaïr Lapid, then Tuesday with Prime Minister Naftali Bennett, indicated the European Commission, specifying that the discussions would take place focus "on energy cooperation".

She is also due to meet Palestinian Prime Minister Mohammed Shtayyeh on Tuesday in Ramallah, in the occupied West Bank, at a time when the Palestinian Authority expects the European Union to pay millions of euros in aid to help it curb its deficit. budgetary.

For his first official visit to the Middle East since his accession to the head of the Italian government in 2021, Mario Draghi will meet Monday in Jerusalem at the end of the day with President Isaac Herzog and Mr. Lapid, then Tuesday Mr. Bennett, before meeting meet in Ramallah, in the occupied West Bank, with Mr. Shtayyeh.

This visit by the Italian Prime Minister should also focus on the war in Ukraine and energy cooperation, underlined the Italian press.

Israel is working hard to be able to export some of its offshore gas resources to Europe, which is seeking to replace Russian fossil fuel purchases since the invasion of Ukraine and sanctions against Vladimir Putin's regime. .

The crisis in Ukraine makes "Europe a new market, especially for Israel" which had never considered the Old Continent "as a major market" for its gas exports, the Israeli Minister of Energy recently declared, Karine Elharrar.

Israel recently entered the circle of gas producing and exporting countries after the discovery in the early 2010s of several gas reservoirs off its coast in the Mediterranean, with reserves estimated at around 1000 billion BCM (billion cubic meters). .

But two major problems arise for the Jewish state: the absence of a gas pipeline to link its drilling platforms in the Mediterranean to markets in southern Europe and a dispute with neighboring Lebanon over the delimitation of part of its exclusive right area.

For export, three main options are available to the Israelis: to transport its natural gas to Egypt, a neighbor already connected to the Jewish state by a pipeline, to then liquefy it and transport it by ship to Europe; build a gas pipeline to Turkey, which is linked to the Old Continent, or build a new hydrocarbon route directly to southern Europe.

This third option already has a name, the EastMed project, based on an agreement with Cyprus and Greece for the construction of an 1,800 km underwater gas pipeline.

But this project, estimated at more than six billion dollars, is expensive, and could take time to materialize. Also, the Israelis would like to see Italy join.

The discovery in recent years of vast gas fields in the eastern Mediterranean has whetted the appetite of the neighboring countries and fueled border disputes.

Lebanon and Israel, officially still at war, began unprecedented negotiations in October 2020 under the aegis of Washington to delimit their maritime border, in order to remove obstacles to hydrocarbon prospecting.

Talks were suspended in May 2021 following disputes over the surface of the disputed area, including the Karish area. Last week, tensions resurfaced with the arrival at the Karish gas field of a vessel chartered on behalf of the Jewish state by the exploration company Energean Plc.

Lebanon has accused Israel of drilling in a disputed area. The Jewish state assured that the gas field was located slightly south of the disputed area, but well outside of it, which also suggests an analysis of satellite images carried out by the Israeli daily Haaretz.

1 Today's weather: sunny start to the week in southern... 2 Four dead and one missing in floods in central Turkey 3 Good for Mélenchon, bad for Macron 4 Ready to turn the page on COVID-19? 5 Lithuania to buy French Caesar guns 6 Gifts under the family tree 7 COVID in Beijing: screening restarts after outbreak... 8 Quebec must control its fisheries, pleads the PQ 9 Maripier Morin and the lion's den 10 Do you spend your money without counting? 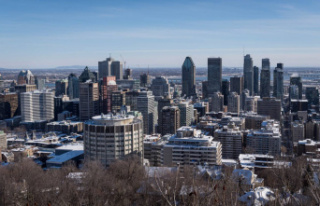 Today's weather: sunny start to the week in southern...