Eurozone GDP slowed its growth to 0.2% in the third quarter 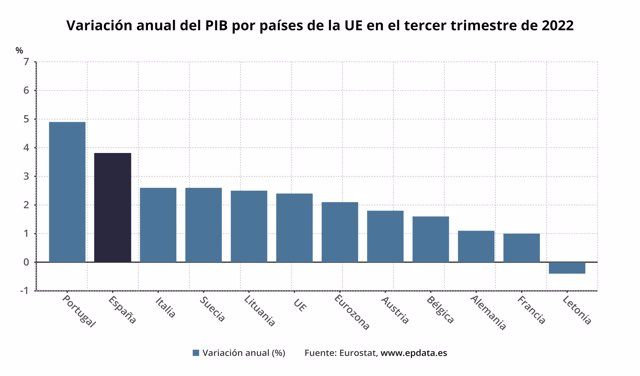 The gross domestic product (GDP) of the euro zone slowed down its rate of expansion between July and September to 0.2% from the 0.8% observed in the second quarter of the year, according to the estimate published by the community statistics office, Eurostat.

This is the weakest growth rate of the euro zone economy since the first quarter of 2021, according to data from the statistical office.

In the European Union as a whole, GDP growth in the third quarter also slowed to 0.2% from 0.7% in the previous three months, its worst reading since the first quarter of 2021.

Among the countries for which data was available, Sweden recorded the highest quarterly growth (0.7%), followed by Italy (0.5%), Portugal and Lithuania (both 0.4%). By contrast, activity contractions were observed in Latvia (-1.7%), as well as in Austria and Belgium (both -0.1%).

1 Eurozone inflation remains runaway and climbs to a... 2 Economists cut their growth forecast for Spain in... 3 Brussels hopes to "advance" in discussions... 4 Repsol acquires 33% of the capital of the technology... 5 Endesa will be the first company to offer electricity... 6 Amazon reopens the doors of its logistics centers... 7 ANNOUNCEMENT: The Vallsur toy library offers activities... 8 The EU sees "unacceptable" discrimination... 9 The Ibex 35 erases the losses and defends the 7,900... 10 Mapfre Economics cuts its growth forecast for 2023... 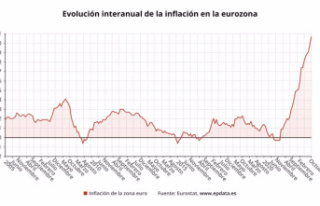 Eurozone inflation remains runaway and climbs to a...