Festival d’été de Québec: the excitement of traders at its height

Already very busy since the arrival of good weather, merchants are wriggling with impatience at the arrival of the first "real" Festival d'été de Québec (FEQ) in three years and are expecting monster traffic, even if the shortage of employees will sometimes limit opportunities. 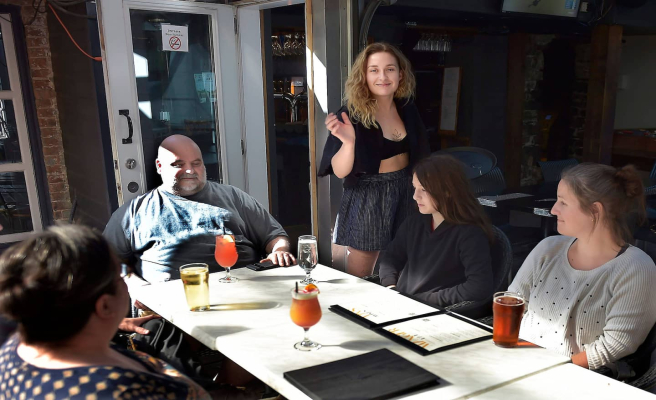 Already very busy since the arrival of good weather, merchants are wriggling with impatience at the arrival of the first "real" Festival d'été de Québec (FEQ) in three years and are expecting monster traffic, even if the shortage of employees will sometimes limit opportunities.

“These 11 days are the equivalent of a 13th month in terms of income for us. We are already living a crazy summer, but we expect to smash everything!”, assures Mathieu Cloutier, of the Ninkasi Bar

The festival-goers who grabbed the tickets for this first post-pandemic edition of the FEQ at lightning speed, to the delight of the resellers (see other text), were obviously not the only ones to be bored with the event.

Business people from all over the Old Quebec and Saint-Jean-Baptiste sector are impatiently preparing to deal with the situation.

“With the need to get people out, it is expected that the attendance percentage will be higher than the last editions. And that is good for us. We are really expecting an exceptional year,” said Jonathan Ollat, president of Action promotion Grande Allée.

After two years of pandemic which caused rather modest summers in the region, the holding of the internationally renowned event is also enough to make the hoteliers of the area smile.

“This is a must-attend event for us. Already, our two hotels are practically full for the two weekends of the festival”, launches Aude Lafrance-Girard, president of the Cogirès Group, which owns the Hotel Château Bellevue and the Hotel Château Laurier.

On the side of the Hôtel Le Concorde, we invite customers to hurry if they want to get a seat at "Ciel!", the revolving restaurant located at the top of the building and which directly overlooks the Plains of Abraham during the one of the shows.

Despite everything, the labor shortage will not spare local restaurateurs who will go out of their way to offer the best possible service.

For some, a ban on taking vacations during this period, while others will reduce their menu to its simplest expression. All with the aim of maintaining the most adequate service possible.

“This festival is always positive for us. But we will not be able to open on Sunday, Monday and Tuesday. We have no choice, with the reduction in staff, ”says François Blais, of Bistro B on avenue Cartier.

Several restaurateurs in Old Quebec are currently working to train their employees so that they are mentally and physically ready for the wave of customers that will surge during the Festival d’été de Québec (FEQ).

Many of these merchants had to give up on their experienced staff during the pandemic. And since the FEQ, in its usual format, has not taken place since 2019, the majority of their workforce is not really aware of the extent of the impact of the event on their work.

“There is a lot of work to be done on our side to train our employees so that they are ready to receive everyone. It's the kind of event that you can't really know what it is until you've experienced it," says Jonathan Ollat, co-owner of the Atelier and Ophelia.

The return from the busy end of the evening will also delight taxi drivers, who approach the event “with confidence”. “Our members are motivated because they see that there is work to be done,” says Taxi Coop communications director Luc Selesse.

According to him, the number of vehicles on the road on concert evenings will even be higher than it was in 2019, the last regular year of the FEQ. “Currently, we should have between 50 to 60 more cars,” he says.

To manage to find a car after a concert, Luc Selesse advises festival-goers to use the Taxi Coop application and to “walk a little to get out of the crowd” in order to be a little away from the hubbub.

The union of the Capital Transport Network (RTC) is preparing pressure tactics for this summer, but festival-goers can be reassured because they should not touch the FEQ. The union mainly talks about visibility actions at the beginning.

The popular shuttle system should also be back. “The partnership with the RTC continues,” assures the director general of the FEQ, Anne Hudon, specifying that a press conference should take place a little before the start of the festival to explain how it works. 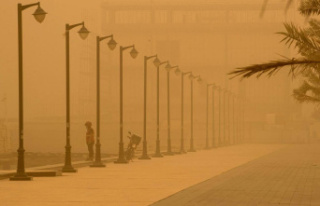