Until the beginning of July, the Minister of Economy and Innovation, Pierre Fitzgibbon, continued to distribute the millions, according to documents consulted by Le Journal.

Until the beginning of July, the Minister of Economy and Innovation, Pierre Fitzgibbon, continued to distribute the millions, according to documents consulted by Le Journal.

In total, more than $ 80 million has been paid to three companies in three decrees adopted by the CAQ government on July 6.

The largest financial commitment is made by Investissement Québec (IQ) which will pay $43 million to Trudel Alliance, the real estate fund behind the revitalization of Place Fleur de Lys in Quebec City.

This project, which revolves around a vast real estate development, includes green spaces, a hotel and 2,500 housing units that will allow 4,000 citizens to settle there. The $750 million project is expected to be completed in seven years.

It is rather rare for the government to invest in a real estate project, but Quebec believes that this development will revitalize this central district of the city.

"For the Government of Quebec, this is a business partnership with an expectation of return," explained Jean-Pierre d'Auteuil, spokesperson for the Ministry of Economy and Innovation (MEI). .

In a written statement, Trudel Alliance said it was "pleased with the government's involvement" which will "accelerate the achievement."

“This government investment is through a preferred equity investment. These will eventually be bought by Trudel, ”we confirmed to the Journal.

Help in Kinova and Kaloom

In another decree, aid of US$10.5 million (C$13.5 million) is also granted to Kaloom to help it develop its products and support its commercial activities.

On its English-only website, Kaloom describes itself as a networking, analytics and artificial intelligence solutions company.

IQ will also pay $25 million in financial assistance, including a forgivable interest-free loan, to Kinova for its project to develop collaborative robots for industrial and medical uses.

Neither Kaloom nor Kinova responded to questions from the Journal.

1 Intense scenes on the set of La meute 2 Clearing web data from your mobile browsers speeds... 3 Watch out for hefty bills for data charges while traveling 4 UN Security Council condemns executions in Burma 5 China: Asia's richest woman loses half her fortune 6 Weather of the day: risk of thunderstorm with Humidex... 7 Macron receives the Saudi crown prince, who continues... 8 India: death of at least 42 people, victims of adulterated... 9 Russian Bout and American Griner not informed of possible... 10 Russia announces the arrest of about twenty "accomplices"... 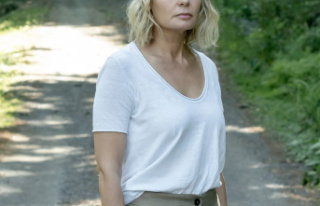 Intense scenes on the set of La meute