It's not fast, not that big - despite its name - but it is voracious and reproduces quickly: the giant African snail, a species that can be dangerous to humans, invades an area of ​​Florida and worries the authorities. 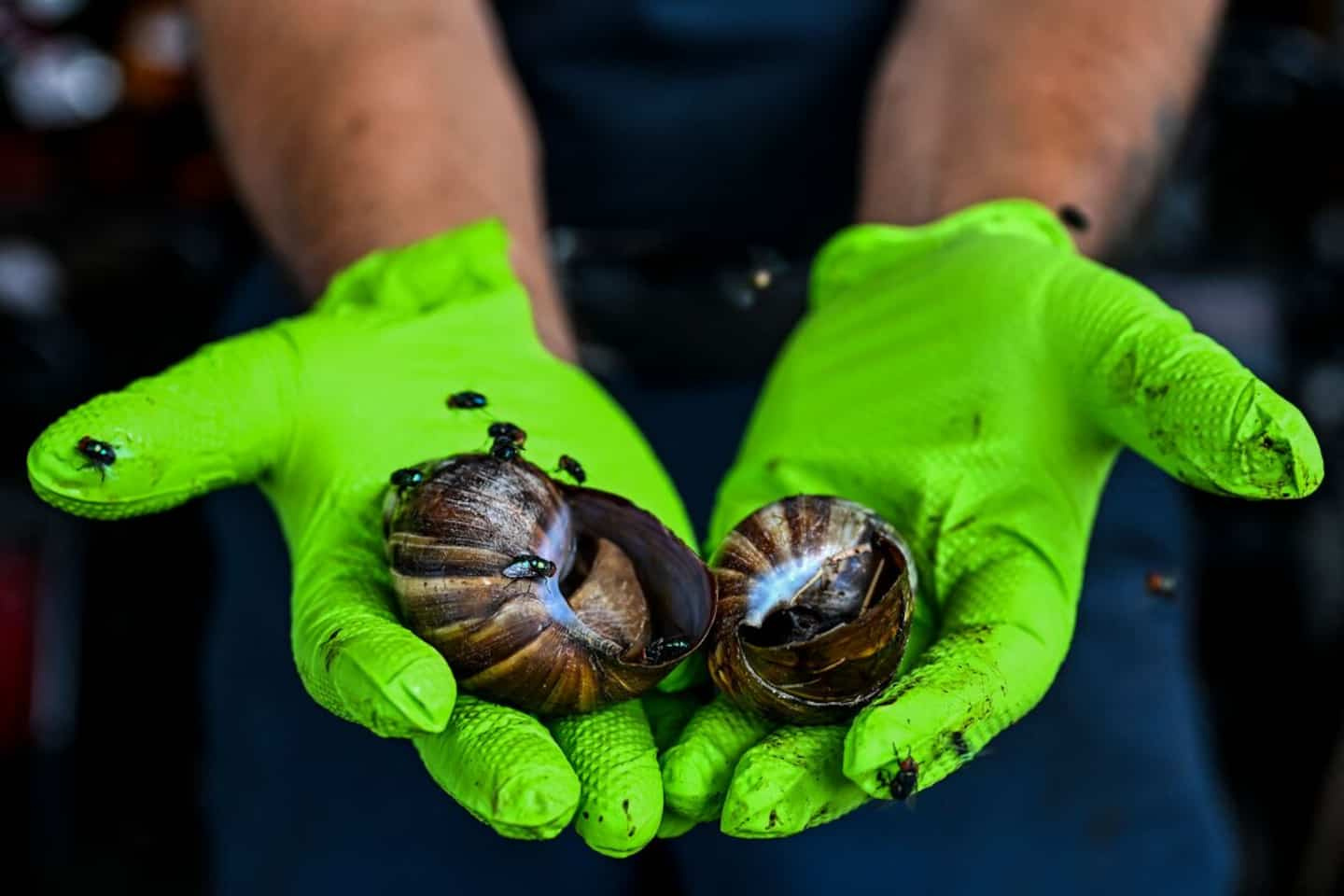 It's not fast, not that big - despite its name - but it is voracious and reproduces quickly: the giant African snail, a species that can be dangerous to humans, invades an area of ​​Florida and worries the authorities.

Since the end of June, employees of the Department of Agriculture in this sunny southern American state have been inspecting the gardens of New Port Richey, a small town on the west coast where these snails have taken up residence.

This mollusc, which can measure up to 20 centimeters in length, is “an agricultural plague that feeds on more than 500 different types of plants,” explains Jason Stanley, a biologist with this public agency.

“We are therefore concerned about its presence in our environment,” he told AFP.

A single giant African snail can lay up to 2,000 eggs a year, Mr Stanley adds, an impressive reproductive rate that makes it a danger to the state's important agricultural sector.

A few yards away, Mellon, a Labrador trained to stalk the snail, walks with his master. He goes under a tree, searches in the grass... and when he finally locates his target, he sits on it.

With the help of Mellon and another sniffer dog, 1,200 specimens of this invasive species have already been captured in Pasco County.

To overcome this destructive snail, the authorities also use metaldehyde, a kind of harmless slug killer for humans and animals, promises the state.

New Port Richey has even been placed under quarantine: no plant can come out of it, to prevent a snail from escaping with it.

If the mollusk, which comes from eastern Africa, managed to make it to Florida, it's likely because it was brought as a pet, authorities said.

Its color is light, unlike most snails of this type with a brownish complexion, a characteristic that makes it "very popular", notes Jason Stanley.

However, this snail can be dangerous for humans. He is a carrier “of the rat lungworm, which can cause meningitis”, continues Mr. Stanley.

This parasite, detected among shellfish caught in Pasco County, enters the lungs of rats when they eat a snail, and then spreads through their cough.

If a human ingests one of these worms, it travels to the brain, where it can cause meningitis, explains the biologist.

In New Port Richey, Jay Pasqua still can't believe such a small animal is causing such a commotion.

In late June, a representative from the Department of Agriculture visited his lawn mower sales and repair store to raise awareness of the problem.

“At the beginning, it was quite funny to see all the attention aroused by this snail”, tells AFP this 64-year-old man. "But once I understood how they develop, how they got there, and the illnesses and problems they cause, it became a cause for concern."

Since then, he has found dozens of specimens in his garden, even though he hasn't seen one for three days.

The giant African snail has already been eradicated twice, from other parts of Florida, in 1975 and again in 2021.

The last campaign of extermination, in the county of Miami-Dade, had been made at the cost of ten years of effort and 23 million dollars of expenditure.

But biologist Jason Stanley is optimistic. The invasion is taking place “for now in a single area, which we are already monitoring and dealing with. So we're hopeful it won't take that long this time."

1 Off the US east coast, more and more white sharks 2 Race to Downing Street: Campaign gets tough on China... 3 Tunisians vote on a controversial Constitution 4 Non-Francophones abandon the PLQ for the party of... 5 A man stabbed during an altercation in Verchères 6 Reinforcement of Quebec firefighters in Alberta 7 Simon Kean will face an Olympian 8 The UK will host the next Eurovision Song Contest 9 Few companies try to retain experienced workers 10 Greece: firefighters fight the fire for the fifth... 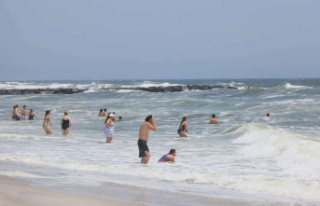 Off the US east coast, more and more white sharks