Forex Trading: What Is Forex?

Forex Trading: What is it? 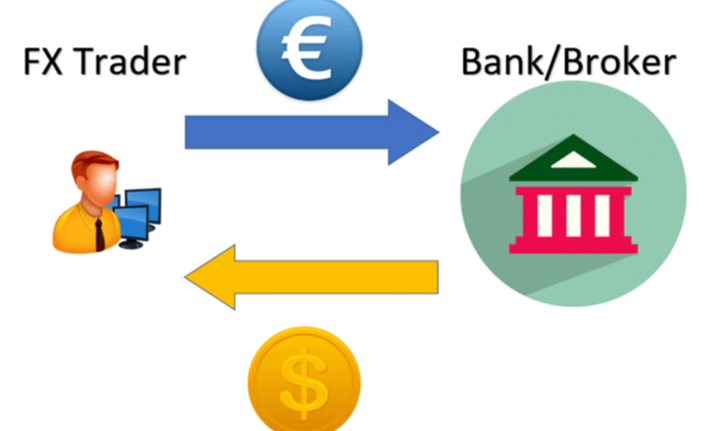 FOREX TRADING: WHAT IS FOREX?

Forex trading refers to individuals who actively trade foreign currencies for financial gain or profit. This can include speculators who want to profit from the currency's movements; or a hedger who wants to protect their assets in case of adverse moves against their currency positions.

The term "forex trader" can be used to describe a trader on a retail platform or a bank trader using their institutional platform. Hedgers may either manage their own risk or outsource that function to a bank manager or money manager.

Foreign exchange market (or forex) is short for decentralized marketplace that allows the purchase and sale of currencies. Instead of being on a central exchange, this is done over the counter (OTC).

You have likely already been a part of the foreign exchange market, either by purchasing foreign currency or ordering clothing and shoes from overseas. Forex traders may be attracted to it for many reasons.

This article is for traders at all levels. This article will help you to understand the foreign currency market, regardless of whether you're brand new to trading forex or an experienced trader.

The way prices are quoted is one of the unique aspects of the Forex market. The only way to price a currency is using other currencies, as currencies are the foundation of the financial system. This creates a relative value metric, which may seem confusing at first but becomes more common the more one uses this two-sided convention.

Forex trading in pairs offers traders a little more flexibility. Investors or traders can voice their concerns against any currency they choose.

Let's use the Euro as an example. A trader may have optimistic projections of the European economy and would therefore like to buy the currency. Let's suppose that the investor is bullish on the US economy but bearish on the UK economy. In this case, the investor doesn't have to buy the Euro against US dollar (which would require a long EUR/USD trading), but they can instead buy the Euro against British Pound. (going long EUR/GBP).

This gives the trader or investor that extra flexibility. Instead of 'going short' US Dollars to buy Euros, they can buy Euros while shorting the British Pound.

FOREX TRADING: BASE VS. COUNTER CURRENCIES

Let's take EUR/USD as an example...

The Euro is the first currency of the quote. Therefore, the Euro would be considered the base currency for the EUR/ USD currency pairing.

The US Dollar is the second currency in this quote. This is the currency the EUR/USD quote uses to determine the Euro's value.

Let's assume that the EUR/USD rate is 1.3000. This would indicate that 1 Euro is worth $1.30. If the price rises to $1.35, then the Euro will have increased in value. On a relative basis, however, the US Dollar will have decreased in value.

Investors who are bearish on the Euro and bullish on US Dollar could choose to "short" the pair. They would expect prices to fall, then they could buy it back at a lower cost, and take the difference.

The foreign exchange market operates in the same way as other markets. It is driven by supply and need. If there is strong demand for the US dollar by European citizens who have Euros, they will convert their Euros into dollars. The US Dollar value will increase while the Euro value will decrease. This transaction will only impact the EUR/USD currency pairs and will not, for example, cause the USD exchange rate to fall against the Japanese Yoen.

FOREX TRADING: WHAT CAUSES THE FLOWS

The above example is just one factor that can affect the FX market. Other factors include macroeconomic events such as the election of a president or country-specific factors like the prevailing interest rates, GDP, unemployment and the debt/GDP ratio. To keep up with important economic news that could affect the market, top traders use an economic calendar.

Interest rates from the related country are a major driver of Forex prices over the long-term. They can have an immediate impact on currency holdings, whether they be short-term or long-term.

Large institutions, government, retail traders, and private individuals can exchange currencies for one another in the foreign exchange market. The 'core' market is also known as the interbank, which is where liquidity providers trade between each other.

Forex trade between global banks or liquidity providers can be done around the clock (during week). The trading session in Asia is over and the European and UK banks go online. After that, they transfer to the US. The US session ends and the Asian session begins.

This market is attractive for traders because of the availability of liquidity around the clock. This allows traders to easily access and exit positions, as there are many buyers and sellers of foreign currency.

FOREX TRADING: HOW DOES HE WORK? 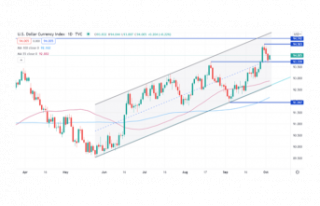 The US Dollar Jumps as Energy Soars, Equities Struggle....