France is suffocating, like Spain, the scene of fires

After a month of May with record temperatures, France will suffer "a heat wave marked with unprecedented precocity", according to Météo France, and heat peaks that can exceed 40 degrees, as in Spain, a neighboring country which has been suffocating for several days already. 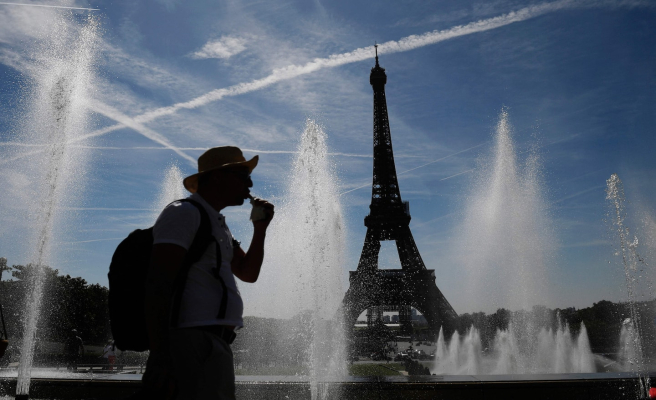 After a month of May with record temperatures, France will suffer "a heat wave marked with unprecedented precocity", according to Météo France, and heat peaks that can exceed 40 degrees, as in Spain, a neighboring country which has been suffocating for several days already.

• To read also: “France will burn”: a weather presenter changes the way he announces the forecasts

Twenty-five French departments were placed on Thursday in heatwave orange vigilance and twelve in red vigilance, mainly in the south-west and west of the country.

France has been affected since Tuesday by this early heat wave, arriving from the Maghreb via Spain, which had to face several fires on Thursday.

Temperatures soared across Spain last weekend, with highs of up to 43 degrees. According to Aemet, the Spanish meteorological agency, the heat wave, also unusual for mid-June, should last until Saturday.

For scientists, the multiplication, intensification and lengthening of heat waves are aggravated by greenhouse gas emissions and constitute an unequivocal marker of global warming.

And the consequences of this disruption are clear, they point out: fires as far away as Siberia, melting sea ice in the Arctic, droughts, temperature records on all continents, cyclones and other extreme climatic events.

Although located in the "temperate" climatic zone, since the particularly trying heat wave of 1976, France has experienced episodes of this type that are more and more frequent, intense, or early like the current episode, occurring after those of 2017 and 2005. which began on June 18.

The heat wave is expected to last there until the weekend.

Météo France was expecting temperatures of 34 to 38 degrees on Thursday, with possible peaks of up to 39-40 degrees in the shade locally, especially in the Southwest.

On Friday, the weather will be scorching over much of the country, with the heat spreading to northern regions and intensifying further in the west and south. At the hottest of the afternoon, Météo-France forecasts 36 to 39 degrees in these regions and “40°C will be frequently reached or even exceeded over a large south-west quarter, with possible monthly heat records”.

"I think it's the most severe heat wave I've known," said Jacqueline Bonnaud, 86, in Toulouse (south-west) where the thermometer did not drop below 20 ° C in the night from Wednesday to Thursday.

“When it's too hot, it's better at home, or in the air-conditioned metro.

Retirement homes are putting in place measures to protect their residents, nearly 20 years after the August 2003 heat wave which killed 15,000 elderly and frail people in France in particular, according to the National Institute for Demographic Studies (INED) .

The situation of isolated elderly people is also a matter of concern. A free “Heatwave info service” number has been activated by the government.

Cities have taken measures to relieve the population, such as extending the opening hours of parks or installing foggers.

Conversely, departments have already taken measures to restrict water consumption in the face of the lack of rain in recent months.

However, the heat wave “has an aggravating effect on the dryness of the soil” after a particularly dry spring and winter and accentuates “the risk of forest fire”, explained to AFP Olivier Proust, forecaster at Météo-France.

A situation already established in Spain. The most worrying fire broke out there near Baldomar, in the province of Lleida, in Catalonia (northeast). The fire has already destroyed 500 hectares of forest there, but has "the potential" to spread to 20,000 hectares, according to the regional government.

No one has yet been evacuated, but authorities have locked down some areas as a precaution.

In Lérida, temperatures of up to 41oC were expected on Thursday, according to Aemet, which also forecast temperatures above 40oC in Badajoz (southwest) and Zaragoza (northeast).

In Catalonia, two forest fires were active on Thursday morning, in Solsonés and Tierra Alta, while another fire broke out in the Sierra de la Culebra, in Zamora (center).

Spain, which this year experienced its hottest May since the beginning of the century, according to the meteorological agency, has already gone through four episodes of extreme temperatures in the last ten months.

1 Trump won't always get away with it 2 Macron, Scholz and Draghi on 'support' visit... 3 Cereals: United States calls on Russia to quickly... 4 Racist Buffalo killings: US government asked to say... 5 Ghislaine Maxwell asks for leniency from American... 6 Factory linked to baby milk shortage shut down again 7 The Russian giant Gazprom will only deliver 65% of... 8 “I have reached the end of my strength”: a first... 9 [PHOTOS] 50 years ago the Watergate scandal broke 10 She fled a massacre in Ukraine thanks to her dad 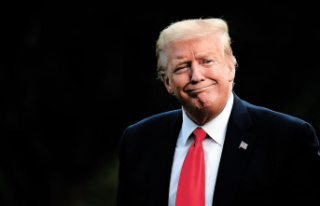 Trump won't always get away with it