France votes this weekend in decisive legislative elections for Macron

France is in expectation on Saturday on the eve of the first round of legislative elections where President Emmanuel Macron plays his absolute majority in the National Assembly. 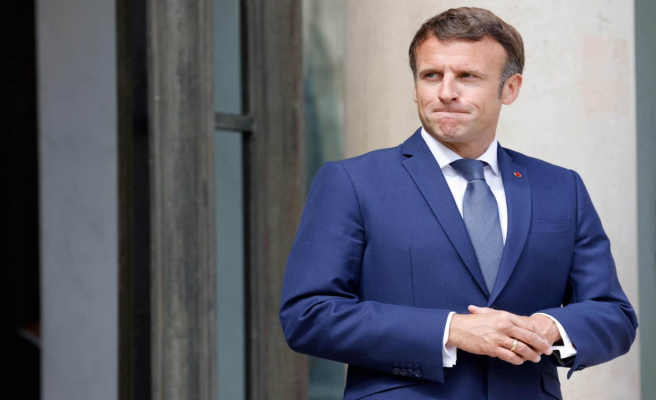 France is in expectation on Saturday on the eve of the first round of legislative elections where President Emmanuel Macron plays his absolute majority in the National Assembly.

On this absolute or relative majority will depend the fate of the in-depth reform projects that the French president, re-elected on April 24, intends to undertake during his second term, in particular on pensions.

More than 48 million French people must renew the entire National Assembly, or 577 deputies, during this two-round ballot, Sunday and June 19.

Several French territories outside mainland France, in Guadeloupe or Martinique, particularly in the French West Indies, go to the polls this Saturday, the results being expected on Sunday evening with the rest of France.

In French Polynesia and in the eleven constituencies of French people living abroad, the first round has already taken place on June 4 and 5, with the resounding elimination of the former socialist Prime Minister Manuel Valls, allied to Mr. Macron.

The electoral campaign, which did not mobilize the French much, ended Friday at midnight. Candidates no longer have the right to speak in the media or travel and the publication of polls is prohibited.

According to the latest polls of voting intentions published on Friday, the formation Together! of President Macron and his centrist allies is neck and neck with the alliance of left-wing parties Nupes grouped behind Jean-Luc Mélenchon.

Marine Le Pen's far-right RN party would come in third place, far ahead of the traditional right. It could lose its status as the first opposition group in the Assembly.

In terms of seat projections for the second round, the polls, which are much more uncertain, also give an advantage to the formation of Mr. Macron and his allies who would come out on top, but without certainty of obtaining an absolute majority of 289 deputies.

The French head of state mobilized at the very end of the campaign calling on the French to give him a "strong and clear majority" during these legislative elections.

As for the presidential election, he posed as a bulwark against the "extreme" embodied in his eyes by the radical left of Mr. Mélenchon and the far right of Marine Le Pen, synonymous according to him with "disorder" for France.

At 70, Mr. Mélenchon, a veteran of French political life who came third in the presidential election, has established himself as his main opponent, eclipsing presidential finalist Marine Le Pen.

He took the lead of an unprecedented alliance bringing together socialists, communists, ecologists and his own party, France insoumise.

The leader of the radical left cherishes the hope of winning the legislative elections and imposing a cohabitation on President Macron who would see him put on the clothes of prime minister.

“If we are in the majority, then the candidate has a name: Jean-Luc Mélenchon”, he launched Friday evening from Marseille (south) during his final speech. However, this scenario is considered unlikely by the experts.

His coalition proposes an economic program planning to inject 250 billion euros into the economy (against 267 billion in revenue), including 125 billion in aid, subsidies and redistribution of wealth.

The ballot is taking place in a climate of concern among the French in the face of soaring food and energy prices.

The French government makes a point of recalling that France has the lowest inflation rate (5.2% in May over one year) in Europe.

He, who has already strongly supported the economy since the Covid-19 pandemic, promised other measures to safeguard the purchasing power of the French, immediately after the election.

But the fate of the government, just appointed in mid-May, is suspended on the verdict of the legislative elections, several of its members, including Prime Minister Élisabeth Borne, being candidates. A defeat of Ms. Borne would mean a major reshuffle.

1 TÉLUQ and UQAT add two new master's degrees... 2 Beijing postpones reopening of schools after new wave... 3 [LIVE] 108th day of war in Ukraine: here are all the... 4 Prague announces the death of a Czech in eastern Ukraine 5 Zelensky calls for end to Russian blockade of Black... 6 Sherbrooke: the Grandes-Fourches bridge will still... 7 The first Russian passports issued to residents of... 8 Security around secondary schools: the SPVM arrests... 9 CAQ report: what note to give to the Legault government?... 10 Laval: a sexagenarian between life and death after... 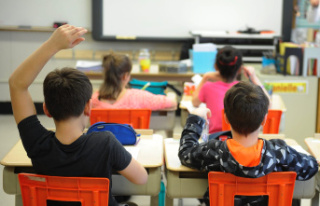