In the company of his friends, Émile Bilodeau rallied the thousands of festival-goers who came to see him perform on Monday evening on the main stage of the Francos, at Place des Festivals. 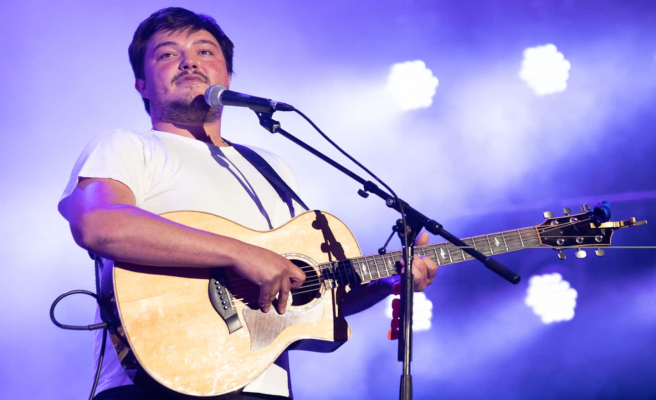 In the company of his friends, Émile Bilodeau rallied the thousands of festival-goers who came to see him perform on Monday evening on the main stage of the Francos, at Place des Festivals.

Arrived at 9 p.m. on “Metamorphosis”, the 25-year-old Longueuillois – almost 26 – presented nearly fifteen songs of his own, taken from his three albums, “Rites de passage”, “Grandeur nature” and "Small type".

The singer-songwriter, who dedicated the show to Joyce Echaquan from the outset, seemed to designate everything to put the “party” in the Place… des Festivals, launched the big boss of the Francos Laurent Saulnier in presenting it.

Émile Bilodeau invited Scott-Pien Picard to the main stage of the Quartier des Spectacles after his third song, "J'en ai plein mon cass", to join him on the boards. The latter, who will be performing on the Loto-Québec stage on Wednesday at the end of the day, to play his pieces “Ka minuatituiaku” and “Atikamekw-Innu”.

Also joined during the hour and a half that this great celebration lasted, Laura Niquay, Élisapie Isaac and the country-rock group Maten, with whom the singer who was headlining Monday evening collaborated for the play “Tshe minupunanu”, released last Friday.

Émile and Maten, with Scott-Pien, also played it in front of the tide of festival-goers gathered Monday evening on the Place des Festivals who waved their arms to the rhythm of the song.

The artists on the stage sometimes took turns to play songs from their repertoire, sometimes assisted on certain pieces, such as "Ça va", saved for the very end and "Ekuen Pua" - a true Innu anthem - by Philippe McKenzie, first artist to have recorded an album in the Innu language "Mishtashipu", 40 years ago.

The idea of ​​giving a showcase to First Nations artists came to Émile Bilodeau after a trip to Maliotenam, located near Sept-Îles on the North Shore. Having befriended Scott-Pien and the members of Maten (Kim Fontaine, Samuel Pinette and Mathieu McKenzie), Émile returned to Montreal with the objective of celebrating French-speaking music, but also music in the Innu language. To this project were then added Laura Niquay who is Atikamekw and Elisapie who is Inuk.

This unifying, festive and pivotal initiative in the quest for recognition of Indigenous musicians in the Quebec musical landscape has cleverly rallied Francos festival-goers and made them dance.

Especially since the evening was beautiful on this full moon eve. The weather, with its mild weather, was very kind to the thousands of festival-goers who took part in this great musical event on the Place des Festivals.

At the start of the evening, the young singer-songwriter Marilyne Léonard, who joined the ranks of the Audiogram record company in 2021, launched the festivities on the big stage.

Shortly after, it was Laurence Jalbert's turn to return to the Francos, this time on the stage at the corner of rue Clark and rue de Montigny, on the floor of the Quartier des spectacles.

Scott-Pien Picard will be on the Loto-Québec stage, Wednesday around 6 p.m.

1 An armed and dangerous Gatineau resident wanted by... 2 Canadian women covered in gold at World Under-18 Championship 3 Pope's visit: many Americans will be in Sainte-Anne-de-Beaupré 4 Why is it expensive, "tapping" his motorcycle? 5 Anatomy of the construction site-labyrinth 6 Research: imitating fish to heal the heart 7 Office workers come to the rescue during the Formula... 8 Grand Prix: a tsunami of tourists, but who will welcome... 9 Goodbye gasoline, hello metro and electric vehicle 10 F1 attracted to dictatorships and controversial countries 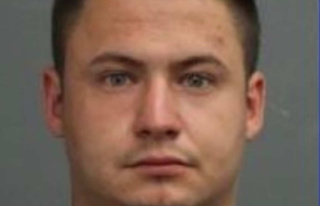 An armed and dangerous Gatineau resident wanted by...