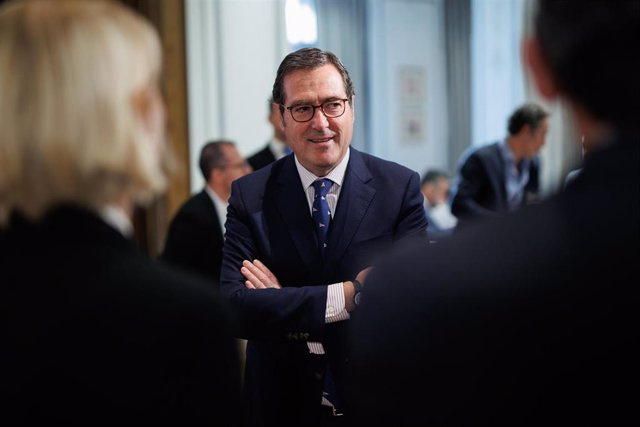 The president of the CEOE, Antonio Garamendi, has considered "legitimate" that the vice president of the Catalan employers Foment del Treball, Virginia Guinda, wants to dispute the position in the elections that the business organization will hold on November 23.

However, Garamendi has indicated, in statements to RNE collected by Europa Press, that "all the territories except Fomento del Trabajo" have asked him "to continue working for the companies and for the country", as have most of the sectors most important that are in CEOE.

"It is legitimate for someone to show up. I will continue working until the 23rd, and then the partners of the house, let them decide", said Garamendi, who has been "proud" of the work he has done, together with his team, in the last four years.

Garamendi has stated that to say that "he has done everything well" in his time at the head of the CEOE would be "superb and vain". "But what no one can argue with is that I have worked non-stop and I have tried to get everyone to participate," added the Basque businessman, who acknowledged that we must continue working to improve Spanish employers and defend the interests of companies, which are also those of the workers.

"What I ask is that personal spaces not be attended to," stressed the current business leader, who has defended the agreements signed with the Government and the unions during his term as president of the CEOE.

Asked if these agreements could subtract support for him to repeat in a second term, Garamendi recalled that the CEOE is a fundamental part of the social agents, recognized in the Constitution, and that they are there to "add."

"If I had to sign an agreement right now that was good for the country, I would do it, the elections would not matter to me. It is a responsibility and we have exercised it. We have also had to say no at times. I dedicate myself to trying to add and agreeing also consists of giving in", he underlined.

Virginia Guinda has until November 8 to present the necessary guarantees to formalize her candidacy for the Presidency of the CEOE.

Guinda has been CEO of Iberboard since the beginning of 2018 and co-founded the company Energía Local in 2008, which she directed for 10 years.

Since 2006, she has held the position of technical director of the Spanish Cogeneration Association (Acogen), representing this sector in the Electricity Advisory Council of the National Energy Commission.

Beyond the vice-presidency of Foment, since the end of 2014 she has been a member of the Board of Directors of the Catalan employers' association and president of its Energy Forum, and is part of the board of the CEOE. 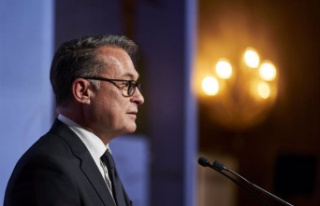 The Bundesbank says "much remains to be done"...