Garamendi will be the "orchestra director" of the CEOE, willing to "give the note" for four more years 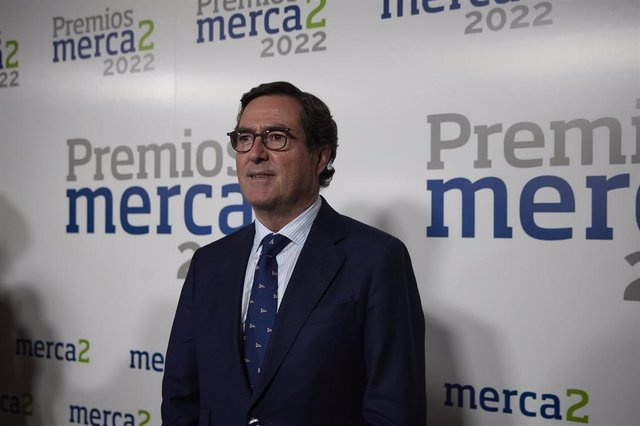 The re-elected president of the Spanish Confederation of Business Organizations (CEOE), Antonio Garamendi, has given thanks for the 534 votes that have designated him as "orchestra director" of the employers for another four years and has promised to "give the note" in that period, but "give it well".

At the head of this business "orchestra", Garamendi has invited businessmen to work "united" to face the "difficult years" that lie ahead.

The president of the CEOE has referred to his previous mandate, marked by the coronavirus and the agreements reached at that time to protect employment and Spanish companies.

"We have had very difficult times. Who was going to tell us in 2018 what was coming, the covid? It united us a lot, they were very intense days of work where we had permanent meetings with the sectors, the territories", Garamendi recalled in his speech, after proclaiming himself president of the CEOE for another term.

The president of the businessmen has thanked the "generosity" of the members of CEOE in that period, since that allowed 14 tripartite and two bipartite agreements to be approved. These numbers of agreements represent for Garamendi "social peace" and "the best infrastructure in the country", which is "dialogue".

"If we are not here to reach agreements, what are we for?" said Garamendi, who has appealed to the "obligation" as a social agent contained in article 7 of the Constitution.

The president of the CEOE has offered to continue in this line of dialogue in the next four years, ready to say "yes when it's time and no when it's time", always "with moderation and independence".

In response to criticism from her rival in these elections, Virginia Guinda, who during her campaign questioned the lack of listening in the CEOE and the way it works, Garamendi has defended that her mandate will be "from the bottom up."

"The sectors, the territories are essential... and it is essential that we be very clear that it comes from the bottom up and that we represent the businessmen of our country and they are all important", he stressed, and also added that "the Transparency is going to be the key."

Garamendi has also alluded to the "five E" of his 2018 speech, Spain, Entrepreneurs, Meeting, Evolution and Spirit, to focus this time on Spain and Business.

As president of the businessmen, he has expressed concern about "a la carte laws", "à la carte taxes" and the lack of "standard quality".

The president of the CEOE has recalled that businessmen are "to add and unite" and has expressed "a firm commitment to the Spanish Constitution" to move towards a "united and diverse Spain".

Garamendi, as on other occasions, has expressed his respect and gratitude to the Crown, "key to the vault of constitutional architecture."

The president of the CEOE has concluded his speech with a call to "humanism" compatible with "competitiveness". "The more humanism we apply, the more competitiveness we are going to achieve", he stressed.

"ALWAYS SITTING AT THE TABLE"

In statements to the media after his proclamation, Garamendi was "happy" with the result and with the participation in this electoral assembly. The recount has yielded a total of 643 votes, of which 534 have gone to the Basque businessmen, 87 to Guinda, 14 have been blank and 8 were null.

With the re-election confirmed, Garamendi has indicated that the CEOE will continue negotiating with the Government and the unions on all pending issues, and has denied that the cooling in relations in recent weeks was due to the elections in the employers' association.

The president of the businessmen has insisted that they will continue "always sitting at the table", although they will do so from "the responsibility" they have towards society, "especially at times that are not easy".

Garamendi has guaranteed that "the channel (of communication) with the Government is always open and will remain open", but has warned that this willingness does not imply doing what they are told at the negotiating tables.

"We have not gotten up from the table at any time. We have said that we did not agree with certain approaches," he specified, and recalled his commitment to the country "with 14 tripartite agreements and two bipartite agreements at very difficult times."

Garamendi has responded to the specific case of the negotiation on the pension system and has ensured that, so far, there is no role on the part of the Ministry of Inclusion, Social Security and Migrations.

From the employers they ask the Government that this be a broad and deep debate, away from approaches that are not economic and with a global vision "from now to 20 or 30 years and not for tomorrow."

The president of the Spanish businessmen has criticized that the only decision of the Ministry of José Luis Escrivá on pensions has been the rise in contributions and "without consulting".

Garamendi has conveyed his concern for the retirements of the future and has stressed that the employers are interested in their continuing to exist, because they are part of the "social and democratic state of law." In this sense, he also wanted to present companies as part of the solution to the country's problems.

Garamendi has avoided commenting on the defeat of Guinda, who has only obtained 87 votes. "I have greeted her and she is already here", he has settled.

He has also stressed that in the CEOE "nobody is left over" and that, therefore, he will not leave out Foment del Treball or any other organization that is a member of the CEOE, although he has appealed for "institutional respect".

Guinda made a statement lasting a few seconds to the media in which she congratulated herself on having opened an "internal debate at the CEOE" with her candidacy.

1 The IMF sees "appropriate" that Spain taxes... 2 STATEMENT: UNAVETS receives financing of 116 million... 3 RELEASE: Vilches Abogados recognized as one of the... 4 RELEASE: The best cemeteries in Spain receive their... 5 RELEASE: The new Sonosite LX is already helping to... 6 Ribera describes the gas cap at 275 euros proposed... 7 Spain leads the PPA market in Europe with more than... 8 COMUNICADO: Saudi industrial city giga-project reaches... 9 RELEASE: Four exceptional places in Central America... 10 The Ibex 35 closes with an advance of 0.07% and remains... 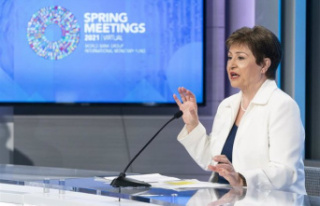