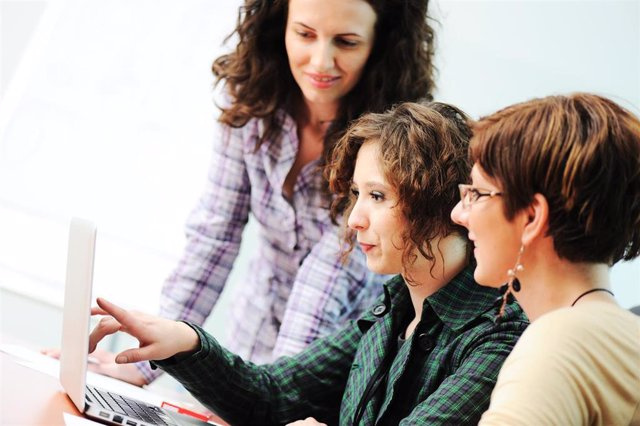 The percentage of women on the boards of directors of financial institutions has increased to 40% in 2022, three points more than in the previous year, while the presence of men has been reduced from 63% to 60%.

According to the second edition of the EY European Financial Services Boardroom Monitor, gender parity is a key factor in improving the investor attractiveness of banks. Specifically, 44% of European investors take into account gender diversity in government bodies since it "significantly" influences their decision-making. Only 16% believe that this factor "does not influence at all".

However, the figures for Spain are still slightly below the European average, since the balance in this case is 58% of men and 42% of women.

"Despite everything, the financial sector is taking solid steps towards full parity," says the report. In this sense, the focus is placed on the appointments of directors in the last year in large entities, noting that 50% are women and 50% men.

Regarding the average tenure, it can be seen that the average tenure of women who are part of a board of directors is 69 months, below their male colleagues, whose average stands at 79 months. Compared to the rest of Europe (54 and 55 months respectively), the average stay in our country is "significantly higher", although more unequal in terms of gender.

Similarly, the report shows that the average age gap between directors of both sexes is also greater in Spain (64 years on average for men and 59 for women), than in the rest of Europe (60 and 57 years). average, respectively). In both geographic contexts, women on boards tend to be somewhat younger than their male counterparts.

"In Spain, both boards of directors and executives are taking measures to increase diversity in their companies. Achieving greater gender parity and ensuring that governing bodies reflect the diversity of customers and the society in which they operate is a job in progress", pointed out the partner responsible for the Financial Services area of ​​the firm in Spain.

The study concludes that more than half (51%) of investors believe that the experience of sustainability directors has a "significant" impact on the investor attractiveness of a company, and 22% indicate that it is "highly significant" the time of investment.

Despite this, the report confirms that Spanish financial institutions still have "a long way" to go in this matter. In Europe, just under a third (32%) of companies currently have directors with professional experience or knowledge of sustainability. All in all, it represents a "significant" increase since June 2022, when they were only 19%.

In addition, female directors of the boards of financial institutions are much more likely to have professional sustainability experience than their male counterparts.

While the current gender divide on the boards of European financial institutions is 58% men and 42% women, 72% of managers with sustainability experience are women. In Spain, only 3% of the directors analyzed have experience in sustainability, and all of them are women.

1 The sales campaign will generate about 140,000 contracts,... 2 The Ibex 35 starts the week with a fall of 0.12% and... 3 Eight out of ten consumers believe that most businesses... 4 Luisa García appointed COO of LLYC and Luis Miguel... 5 Goldman Sachs will execute 3,200 layoffs this week,... 6 Volkswagen will distribute this Monday a special dividend... 7 Cimic (ACS) is awarded works for the construction... 8 AstraZeneca will pay up to 1,690 million for the biopharmaceutical... 9 Industrial production in Germany increased by 0.2%... 10 COMUNICADO: Huma to provide best-in-class digital... 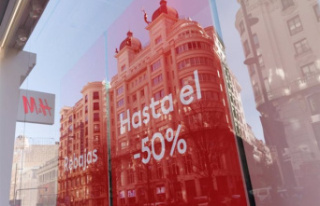 The sales campaign will generate about 140,000 contracts,...