Nearly 500 owners of three-wheeled motorcycles gathered at the Spyder-Loup Fest on Saturday wanted to set a new Guinness World Record. 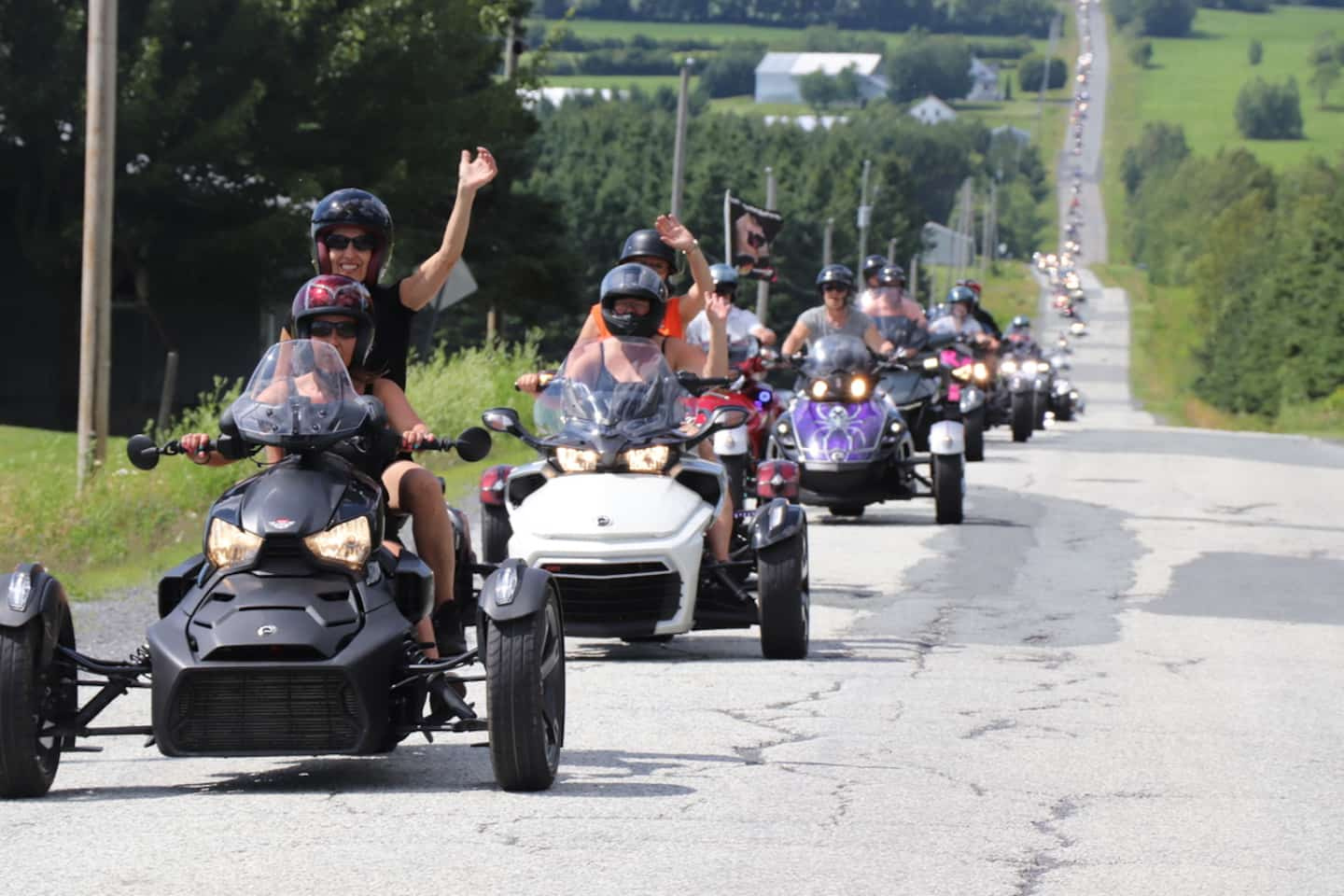 Nearly 500 owners of three-wheeled motorcycles gathered at the Spyder-Loup Fest on Saturday wanted to set a new Guinness World Record.

“People are still many at the rendezvous! Everyone is smiling. It is beyond our expectations”, exclaimed Benoit Provencher, the “leader” of the group of six humorous bikers Les Bikers loup, which organizes this festival.

In the skin of his character, El'Grand, he opened the parade aboard the Bikers Loup van, in the company of his faithful partner El'Gros, alias Claude Grisé.

The official count will have to be completed, but the convoy had more than 400 Spyder-Rykers. The three-wheeled vehicles made a loop of approximately 15 kilometers from the new historic Manoir 66 of Saint-Victor, the host of the festival, sponsored by BPR. Volunteers filmed the parade as evidence for a new Guinness World Record.

Claude Arsenault, who had traveled from Gaspésie to participate in the event, designed souvenir plaques for the Wolf Bikers to immortalize this gathering.

Gatherers, Wolf Bikers are interested in all models of motorcycles and not only Spyder-Rykers. “The important thing for us is not the “bicycle”. It’s the “biker”!”, insists Mr. Provencher.

The six artists of the Bikers loup took the stage at the end of the afternoon to perform their songs, which derisively testify to their passion for motorcycling.

These naive bikers, whose popularity has grown steadily since the group's creation in December 2017, dream of hearing their wacky creations play on the radio. Their favorites are “Ride la guidoune” and “Marque moi mon gaz Léon”.

“We are also known for our humorous motorcycle blessings,” adds Mr. Provencher.

On June 5, the priest celebrated a mass at the church of Saint-Victor which hosted a Harley-Davidson and a Gospel group. The celebration ended under the tunes of “Harley-lou-y’a”. It is the group's biggest hit, which is a parody of the classic "Hallelujah" by Leonard Cohen.

“It works very well!” comments the founder, who loves to talk about his roots.

Without pretension, Mr. Provencher compares his group of bikers to the style of Rock et Belles Oreilles and Fred Pellerin. Originally from Saint-Lucien, near Drummondville, this enthusiast integrates several characters, places and memories of his native village.

Very active on social networks, the Wolf Bikers have followers as far away as France. One of them offered an embroidery that has become the group's badge, while another fan asked them to create a sketch that will be used to make the "big request" to his lover. "It's a great privilege!", says Mr. Provencher.

1 LPGA: Kupcho and Salas triumph easily 2 CH: Mike Matheson, “a five-star human being” 3 The secret of love, health and money: choose success 4 Regardless of the pandemic, Boeing plans 82% more... 5 We are there: these young people who live without... 6 TV nostalgia: Anick Lemay, between Candy and Pippi... 7 [EN IMAGES] Quebec Summer Festival: Rage Against The... 8 Major League Baseball: The East of the American, the... 9 She wins twice the same amount in the lottery with... 10 Dozens of naked cyclists in the streets of Montreal 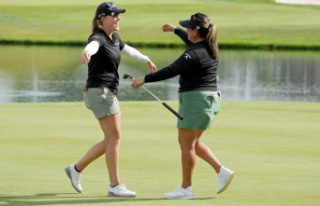