LOS ANGELES | Twenty countries launched a partnership on immigration in Latin America on Friday, under the leadership of the United States and at the conclusion of a “Summit of the Americas” marked by more friction than concrete or spectacular announcements. 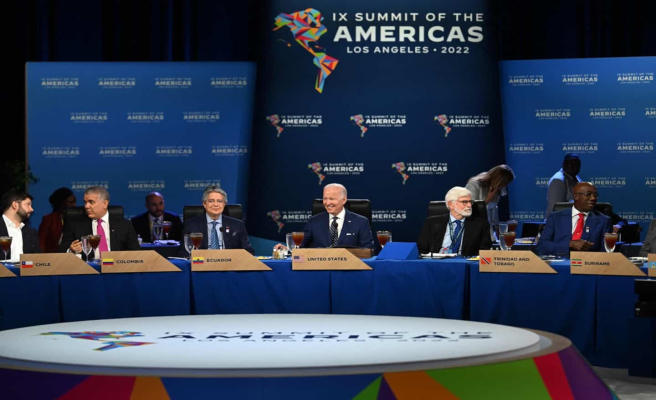 LOS ANGELES | Twenty countries launched a partnership on immigration in Latin America on Friday, under the leadership of the United States and at the conclusion of a “Summit of the Americas” marked by more friction than concrete or spectacular announcements.

• To read also: “Is this Love?”: Bob Marley invoked as a unifier at the Summit of the Americas

• Read also: Biden's "Summit of the Americas" disrupted from its launch

“No country should be left” alone in the face of growing population movements that see thousands of people trying to cross the border between Mexico and the United States, fleeing misery and insecurity, said US President Joe Biden Friday.

Standing with the other signatories of the “Los Angeles Declaration”, lined up in front of a row of flags, he affirmed that “safe” and “legal” immigration benefited economic development, but also considered that it was necessary to “protect borders" against illegal entry, with "humanity".

Joe Biden wants to lay down the principle of a “shared responsibility” between states on a subject which has earned him constant attacks from the American right.

The “Los Angeles Declaration” covers various commitments or reminders of past commitments, in terms of welcoming migrants and regulating flows, but has no binding dimension.

Joe Biden hoped Friday that “other countries will see the potential” of this partnership which he described as “historic”.

In this context, the United States will welcome 20,000 refugees from Latin America in 2023 and 2024, i.e., according to the American executive, triple the number of refugees welcomed this year.

The White House also announced on Friday an envelope of $ 314 million in humanitarian aid, mainly for Venezuelan migrants.

More than six million Venezuelans have fled their country, in the grip of a very serious economic and social crisis.

Neither Venezuela, Cuba, nor Nicaragua were invited by Washington, which sparked strong criticism from some leaders and an outright boycott from the President of Mexico, Andrés Manuel Lopez Obrador.

The Summit of the Americas, launched in 1994 in Miami and which has not been held in the United States since, is supposed to celebrate a new era in relations on the continent, in particular after the clashes that marked the presidency of Donald Trump.

But it ends, for the Americans, on a mixed record.

Joe Biden thus experienced a real moment of diplomatic embarrassment on Thursday when the Prime Minister of Belize and then the President of Argentina criticized him for the absence of Cuba and Venezuela, in the middle of a plenary session, and when he was seated a few feet away.

The American head of state cut a good figure, applauding all the interventions, even the most critical, and shaking hands with the leaders concerned as they came down from the stage. He assured that basically, “unity” was required with the countries of the continent.

And on Friday, he was able to rejoice in the satisfaction of Mexico and Brazil, which seemed to want to end on a positive note.

As for far-right Brazilian President Jair Bolsonaro, with whom there is no shortage of friction, he described his face-to-face the day before with Joe Biden as “fantastic” and made conciliatory remarks on the environment. , ensuring that Brazil could develop its agriculture while preserving the Amazon.

The United States is concerned about China's growing influence in a region it has always considered its own, and the very strong commercial dependence of all countries, including them, on Beijing.

But the Biden administration has made it clear that it will not follow the Chinese example, synonymous with big investments and major infrastructure projects in Latin America.

An anecdote has come to remind us of the omnipresence of China, whose name has been mentioned very little in Los Angeles, at least publicly.

The American Chamber of Commerce thus distributed on the sidelines of the summit a blue bag filled with gifts supposed to promote the American industry. But containing among other things a water bottle and sunglasses... "Made in China". 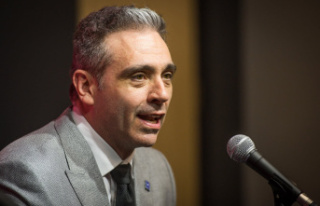 A reward for Joël Bouchard