Helicopter accident in Italy: seven dead, including Turks and Lebanese

Seven bodies were found on Saturday in the wreckage of a helicopter that disappeared Thursday in the mountains of northern Italy, the emergency services said, which reported no survivors.

Seven bodies were found on Saturday in the wreckage of a helicopter that disappeared Thursday in the mountains of northern Italy, the emergency services said, which reported no survivors.

Four Turkish citizens were on board the helicopter, the Turkish Foreign Ministry said, while Italian media also reported the presence of two Lebanese.

The pilot was Italian, originally from Venice, according to the Ansa news agency, which said the other victims were on a business trip.

“After the remains of the missing aircraft were found on Mount Cusna on June 9, the unfortunately lifeless bodies of the seven people on board were found in the wreckage,” Italian firefighters announced on Twitter.

“No survivors have been found,” added the Alpine Rescue Service on Twitter.

In a press release published on Friday, before the discovery of the wreckage, the Turkish Ministry of Foreign Affairs had confirmed that four of its nationals were on board this helicopter which disappeared after leaving the city of Lucca on Thursday.

The Italian Air Force, firefighters and police services participated in the search. Bad weather hampered the first attempts to find the helicopter, which disappeared in a sparsely populated mountainous area.

In a video posted on Twitter, an Italian Air Force spokesman said on Saturday that rescue teams had to walk to the scene where they discovered "everything burned".

1 Soaring gasoline prices: motorists stranded on the... 2 Rafaël Harvey-Pinard: a happy seventh-round choice 3 End of mandatory mask on public transit in Ontario 4 The complaint for rape against Cristiano Ronaldo dismissed 5 Bombardier workers on strike Monday 6 English-speaking Cégeps: a Liberal government would... 7 4500 hectares ravaged by flames in Nunavik 8 Ottawa: Police Operation in Parliament 9 Queen will release an unreleased track with recordings... 10 A profitable rest for the Avalanche 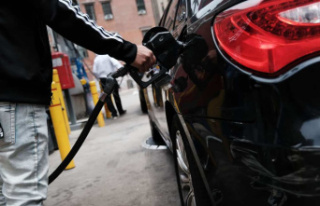