Here are the 25 most anticipated movies of 2023

For this first unrestricted year since the pandemic, Hollywood is having a field day. 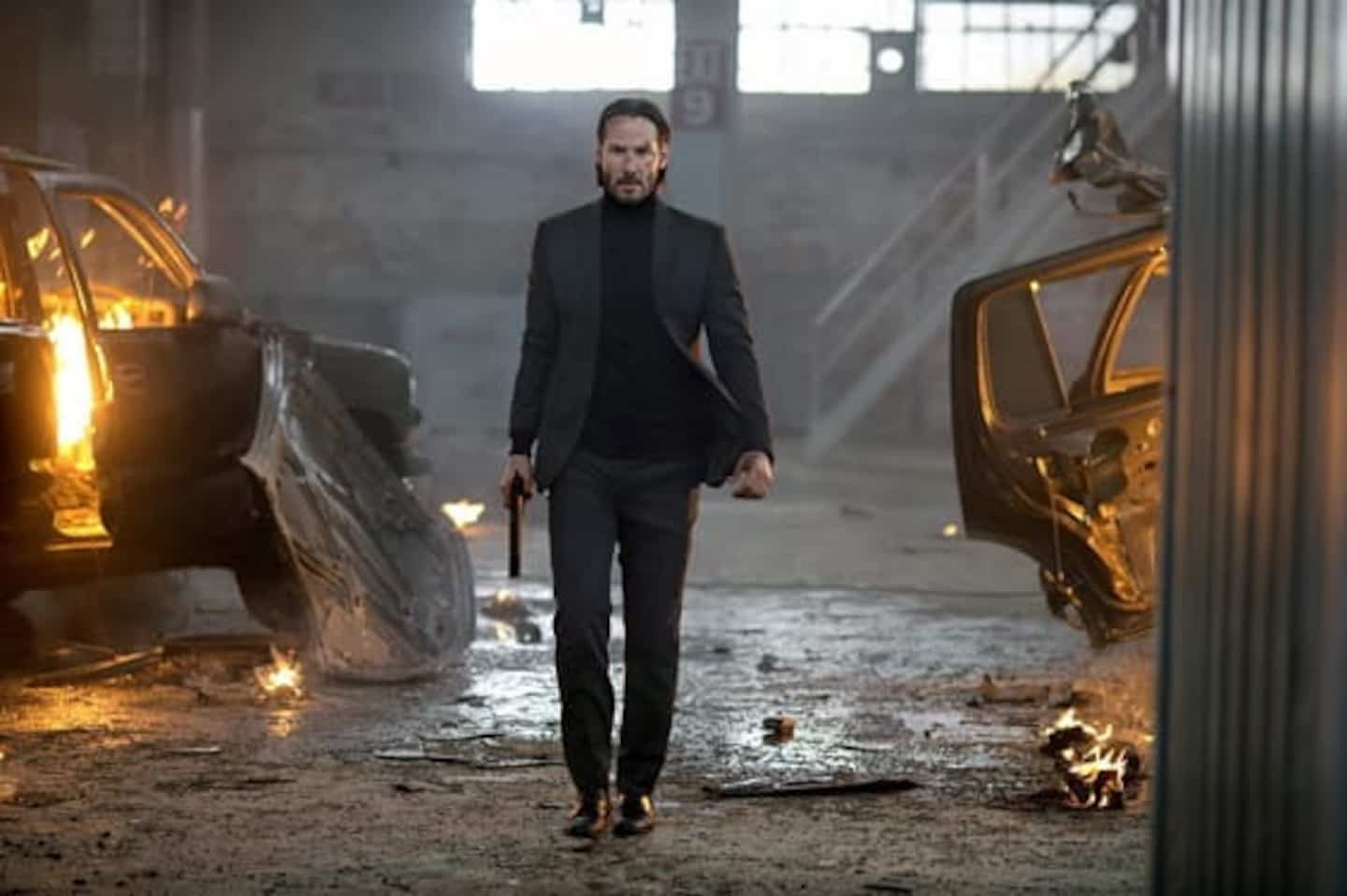 For this first unrestricted year since the pandemic, Hollywood is having a field day.

The studios have honed their weapons, Barbie, Oppenheimer or Super Mario are on board and the superheroes are making a resounding comeback... as are Magic Mike, John Wick and even Indiana Jones, the Transformers and Paul Atreides in the second Dune of Dennis Villeneuve.

Steven Soderbergh and Channing Tatum take Mike Lane one last lap. The dancer has financial difficulties and must resolve to accept the offer of a wealthy client (Salma Hayek). Arrived in London, he will realize that his motives are different. Screenwriter Reid Carolin is behind this new story, he is also the man behind the plots of the two previous feature films, in addition to being producer of Finding Magic Mike, a reality show broadcast by HBO Max the last year.

Michael B. Jordan, Ryan Coogler's favorite actor, goes behind the camera for this third installment in the Rocky spin-off franchise. Adonis Creed's life now looks like a fairy tale. But when one of his old friends resurfaces, he has to face him in the ring, and the stakes are high. Tessa Thompson, Jonathan Majors and Phylicia Rashad also reprise their roles.

Adam Driver transforms into an astronaut whose ship ends its race on a strange planet. Because the star is habitable... since it is the Earth, 65 million years ago. This nightmarish and prehistoric adventure is produced by Sam Raimi and set to music by Danny Elfman.

How not to stampede with impatience in front of the return of Keanu Reeves in John Wick? In this fourth episode of the adventures of the killer, our man will not be off the hook. Because he must always try to win his freedom and he will have to face a new enemy, even more formidable than the old ones. Bill Skarsgård – the youngest of the acting dynasty –, Ian McShane and Lance Reddick are also in the game.

The eminently popular role-playing game that gave birth to MMORPGs is obviously hitting cinema screens. The cast is dazzling and includes Chris Pine, Hugh Grant, Michelle Rodriguez and Justice Smith, among others. Yes, this first feature film could be the start of a franchise if it were to be successful.

The little plumber, mascot of the giant Nintendo, finally arrives in an animated version. With the voices of Chris Pratt, Anya Taylor-Joy, Jack Black and Seth Rogen to name a few, Mario will experience colorful and fun adventures in the mushroom kingdom. No doubt, young and old will appreciate this spring arrival of the iconic character – and Princess Peach – in the cinema.

What would a great start to the season be without Vin Diesel? This Fast X also has a taste of farewell, because this 11th feature film in the franchise is the first part of a diptych of the end. Louis Leterrier is directing this new automotive adventure, while Justin Lin and Dan Mazeau have written the screenplay. In addition to Dom Toretto, we will also find the characters played by Michelle Rodriguez, Tyrese Gibson, Chris Bridges, Jordana Brewster, Jason Statham – without Dwayne Johnson. Note that with its production budget of US$340 million, it is the most expensive film in the franchise.

Disney studios asked Rob Marshall to bring the famous cartoon to life as a film. Halle Bailey therefore embodies the kind Ariel and Jonah Hauer-King, Prince Eric. There are also Melissa McCarthy in Ursula, Javier Bardem in Trion while Awkwafina will be the voice of Scuttle.

What does Michael Bay have in store for us in this new Transformers feature film? No idea, because the scenario of Joby Harold, Darnell Metayer and Josh Peters is kept secret. Rumors are circulating that the film is inspired by Beast Wars, in which robots become animals. It is known, however, that Ron Perlman and Peter Dinklage will be voices and that Michelle Yeoh will make an appearance.

The world's most famous archaeologist is back, this time in front of James Mangold's cameras. Besides Antonio Banderas and Phoebe Waller-Bridge, Mads Mikkelsen will be in the cast. As for Harrison Ford, he lent himself with good grace to a digital rejuvenation intended to lend him old – and new – adventures. At the end of this summer quest, Indy will definitely hang up his whip and his Fedora.

For his seventh film in the saga, Tom Cruise did not shrink from any stunt, in particular that of a motorcycle jump in a ravine that the actor and producer himself developed. Ving Rhames, Simon Pegg and Rebecca Ferguson have also joined, and this is the penultimate installment in the franchise, with the second part coming out in 2024.

Cillian Murphy becomes J. Robert Oppenheimer, the inventor of the atomic bomb. Christopher Nolan is at the helm of this biographical film with a budget of US$100 million shot at the end of February 2022. The cast is dazzling, Emily Blunt, Robert Downey Jr., Matt Damon, Josh Hartnett, Kenneth Branagh, Rami Malek and Florence Pugh having invested in the project.

Leonardo DiCaprio lends his features to Theodore Roosevelt – cousin of FDR and American president from 1901 to 1909. Unfortunately, no additional information has filtered through on this long-awaited production by Martin Scorsese.

Watch out, neon pink is back in style in this story that stars Margot Robbie and Ryan Gosling as Barbie and Ken. But, if nothing has yet filtered the details of the scenario, we know that Greta Gerwig co-wrote it with her partner, Noah Baumbach, and that she is directing it, which suggests that this is a satirical comedy.

Impossible to miss the sequel to Denis Villeneuve's Dune, whose filming was completed shortly before the holidays. The local filmmaker continues his adaptation – the first part of which won six Oscars – of Frank Herbert's epic. Obviously, Timothée Chalamet, Zendaya, Rebecca Ferguson, Javier Bardem, Josh Brolin and Stellan Skarsgård resume their roles while Florence Pugh holds that of Princess Irulan.

A spin-off and prequel to The Hunger Games, the film follows Suzanne Collins' novel and details the feelings Coriolanus Snow (Tom Blyth), future President of Panem, has for a tribe in the 12th District called Lucy Gray Baird and played by winner Rachel Zegler. Golden Globes for her role as Maria in Steven Spielberg's West Side Story.

Jason Reitman returns for this sequel to Ghostbusters: Afterlife. It is not yet known if the actors of the first installment are returning – no confirmation has been made, neither for Paul Rudd nor for Carrie Coon.

The masked vigilantes are, like every year, the heroes of large-scale films. Here are the follow-ups and the new features we will be entitled to...

After a year of delay due to the pandemic, here is the smallest of the superheroes again. Paul Rudd and Evangeline Lilly co-star Michael Douglas and Michelle Pfeiffer while Jonathan Majors becomes Kang the Conqueror. Ah yes, Bill Murray is also in the distribution in an undisclosed role.

Helen Mirren and Lucy Liu are the daughters of Atlas and they threaten the planet with a particularly devastating weapon. Shazam (Zachary Levi) will therefore have to face these two formidable women.

Filmmaker James Gunn is having a blast in this third installment of the Guardians of the Galaxy epic. Peter Quill (Chris Pratt), still shocked by the disappearance of Gamora (Zoe Saldana), gathers his troops to defend, once again, the entire universe.

The animation suits Spider-Man particularly well. Considering the quality of the first feature, we expect sparks for this one. Joaquim Dos Santos is directing, with Shameik Moore, Hailee Steinfeld and Oscar Isaac providing the voices.

Despite the controversy surrounding the private actions of Ezra Miller, The Flash will indeed be released. There is a plethora of actors from the old DC universe such as Michael Shannon in General Zod as well as Ben Affleck and Michael Keaton in... Batman.

Set in the continuity of Disney's Ms. Marvel series, The Marvels follows Carol Danvers, aka Captain Marvel (Brie Larson), Kamala Khan, aka Ms. Marvel (Iman Vellani), and Monica Rambeau (Teyonah Parris) as they take on the place of each other when they use their superpowers. Yes, Samuel L. Jackson returns as Nick Fury... which is always a pleasure, as well as the famous cat who is not one.

When J.C. Chandor, the director of the excellent Room for Maneuver, embarks on the fantastic world of superheroes, he chooses to focus on Sergei Kravinoff, an adversary of Spider-Man, to entrust the role to Aaron Taylor-Johnson and to add Russell Crowe and Ariana DeBose in supporting roles.

What could be better for Christmas than the king of the waters embodied by Jason Momoa? The story was also imagined by the actor and the director James Wan indicated that he took his time to perfect the scenario. Filming took place in Great Britain, Hawaii, Los Angeles and New Jersey. Yes, Amber Heard participated.

1 Town of Mount-Royal: A vehicle targeted by gunfire 2 Two Palestinians killed in Israeli operation in West... 3 The price of electricity rises this Monday to 114.24... 4 The Ibex 35 starts the year with a rise of 0.83% and... 5 The IMF warns that 2023 will be more difficult than... 6 Spain's manufacturing PMI contracted in December... 7 Cambodia: towards the creation of endangered dolphin... 8 Australia: collision between two helicopters, four... 9 Dance is in a critical situation in Quebec 10 New Year: what more could you wish for except... love? 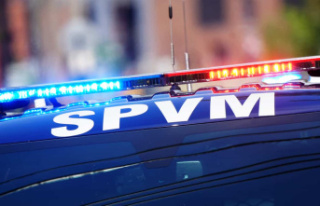 Town of Mount-Royal: A vehicle targeted by gunfire