Here are the (other) dumbest criminals of 2022

Every year, bandits in Quebec are caught by law enforcement because they obviously did not plan their crime so that everything went smoothly. 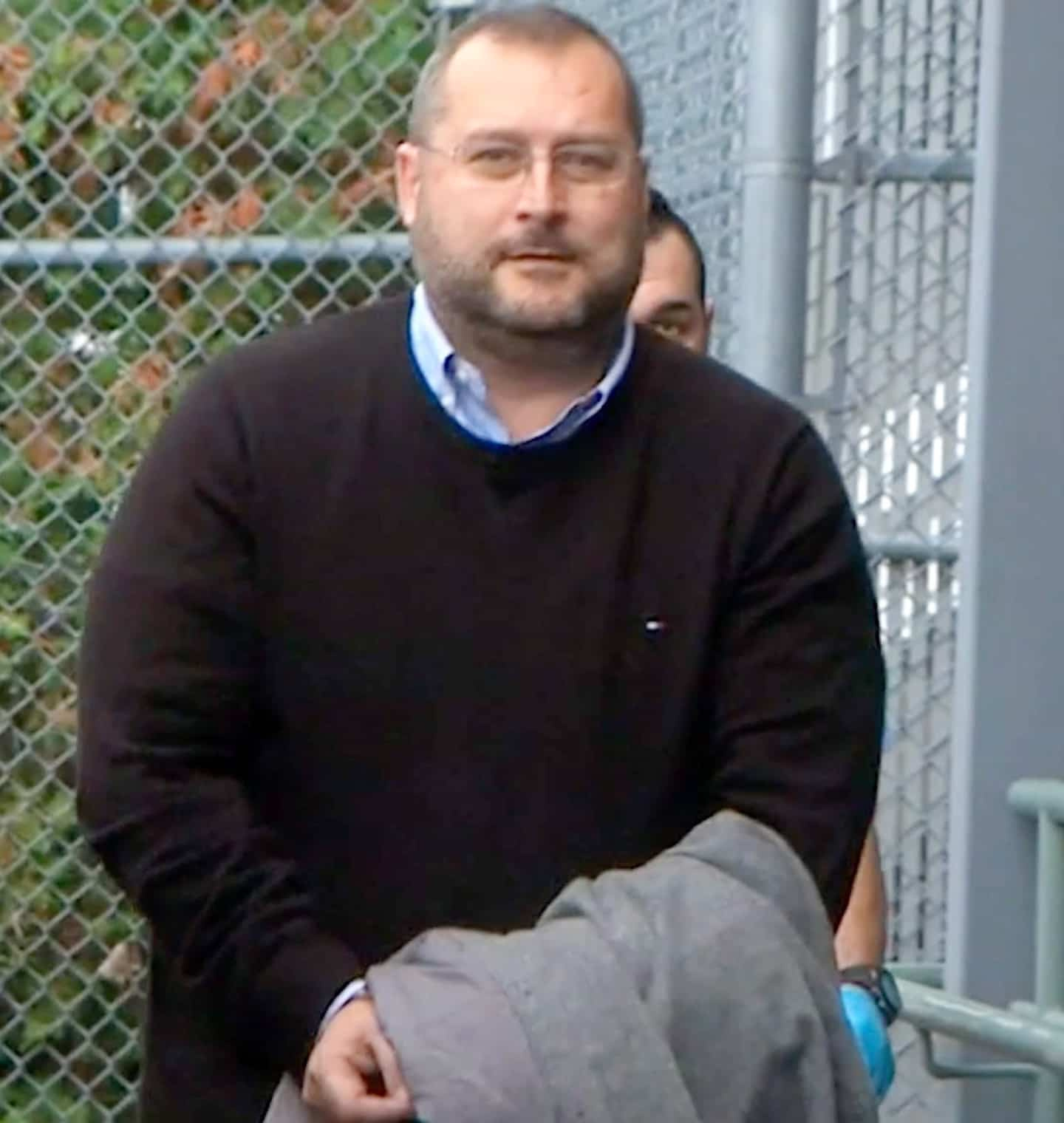 Every year, bandits in Quebec are caught by law enforcement because they obviously did not plan their crime so that everything went smoothly. Whether through lack of judgment, distraction or simply because they did not question whether it was a good idea, many people found themselves in court through their own fault, often by facilitating the work of the policemen. Here are the cases that caught our attention in 2022, reminding us that the perfect crime does not exist and that justice has a long arm.

MONTREAL | "Like Tom Thumb, he left his mark throughout his journey," said Judge Josée Bélanger, who sentenced robber Nikitos Keramarios to five and a half years in prison last May.

This one was more than clumsy when carrying out his theft, in December 2020: he arrived in a taxi, then mimed having a firearm to get the money from the cash register.

After collecting $5,900 in loot and unaware that several tickets were "marked", he drove off in the same cab, giving the driver $100 for his silence. He called the police anyway.

But Keramarios' mistakes didn't stop there. Rather than hide the money, he opted to deposit it...into his own bank account on the day of his theft.

After an altercation with another client, he left the premises in a hurry, not without having cut his thumb with the knife he was brandishing.

The investigation was able to move forward thanks to the traces left in its path. Three hours later, officers showed up at Keramarios' apartment, where the door was stained with blood and the suspect was heavily intoxicated.

MONTREAL | There is nothing more heinous than attacking vulnerable individuals, let alone children. A daycare teacher wanted to avoid ending up with a criminal record by saying it was a "mistake" to slap, pull hair, and kick "spoiled child kings." "The intensity of the slaps was not high, it was not to hurt, I did it out of love," Nassira El Hmaini said. The judge will hand down his sentence in January.

MONTREAL | With authorities on their toes due to gun violence in greater Montreal, there's certainly better hiding than just a sock for a loaded gun. David Jean-Baptiste learned this at his expense, he who was sentenced to 30 months in prison when the police discovered the weapon by chance.

The accused made a violent exit from the road while driving a rented car. The police suspected him of driving while impaired and searched the vehicle. It was there that they discovered the rifle. Jean-Baptiste's DNA was found on the sock and on the weapon, making his conviction very easy: he pleaded guilty. A tip for the road: not owning a weapon would have avoided these problems.

LAVAL | Suspects of the murder of an organized crime relative in a crowded restaurant last June have shown great recklessness, including allegedly killing a second person just days later when the police were already on their heels .

Numerous surveillance cameras filmed Ontarians Tafari Bezabeh, 19, and Jalen Joel Campbell Brown, 21, before, during and after the murder of Bernard Cherfan, according to our information. However, these same suspects were arrested a month later for their involvement in a major shooting in Toronto. The Toronto police quickly made the link with the event in Laval and thus notified the Sûreté du Québec.

LAVAL | Known for his fiery character, one of the most influential mafiosos in the province obviously did not think about it when he allegedly tried to extort... a convent of nuns.

Francesco Del Balso, 52, allegedly tried to recover, last September, jewelry that had been donated by his ex-wife, a few years ago, to a convent in the Chomedey district.

For some unexplained reason, he would suddenly want the goods back, some worth hundreds of thousands of dollars.

A priest would then have told him that he did not know what he was talking about. The mobster allegedly demanded $5,000 per week in reimbursement.

The people of the convent contacted the authorities, who asked no less to go handcuff him.

CENTRE-DU-QUEBEC | A person with common sense would make sure to be extra careful when transporting illegal merchandise. That's not what David W. Barrie, who was fined hefty $165,000 after police discovered 275,000 contraband cigarettes in his vehicle, which suffered a simple collision, while he was traveling on Highway 20 near Sainte-Eulalie, in Centre-du-Québec. Barrie also received 30 days of detention for this case.

GATINEAU AND QUEBEC | There are cars that are more recognizable than others. And it was written in the sky that stealing a car bearing the colors of the City of Gatineau was going to end badly. But this suspect pushed the limits even more by starting a provincial trip, multiplying the crimes on his way: theft of gasoline in Mauricie where he fled the police, theft of cigarettes in a convenience store in Pont-Rouge, not far from Quebec , where he again fled, escaping authorities.

"He could face charges of impaired abilities by alcohol, absconding, concealment, theft and breach of probation," the Sûreté du Québec said at the time.

MAGO | A "normal" person should always call the police in an emergency. But in the case of a drug dealer, you have to admit that it's not the best idea to keep his "business" open. A small drug dealer from Magog still saw fit to call 911 to complain that his merchandise had just been stolen at the point of a pellet gun by a new client last August.

The police were able to easily put their hands on the collar of all these beautiful people. They were able to seize numerous wax pens and two pellet guns.

LAC-SAINT-JEAN | A burglar unable to stop was trapped by installing a stolen hunting camera on his property... which transmitted the images to its real owner. The police only had to pick up Marc-Olivier Bergeron at his home, reported Le Quotidien. At his home, they discovered last September a ton of goods that he had stolen. Few places have escaped Bergeron: Rio Tinto Alcan in Alma, the premises of the FADOQ in Saint-Ludger-de-Milot, a school in Labrecque, the Maison des jeunes in this town, chalets, trailers of workers from building. Many of the items were returned, and Bergeron was sentenced to two years less a day in detention.

BEAUHARNOIS | Already indulging in car surfing is not the idea of ​​the century, Jean-François Daigneault however pushed the limits of recklessness last April.

Charged with criminal negligence causing injury, dangerous driving causing injury and hit-and-run, the latter saw fit to pick up his car spoiler which had come off rather than tend to his two seriously injured victims. These would have taken place on the trunk of his car.

He decamped, only to be easily found by the police a few hours later, when his spoiler was not on his car.

The tragedy had serious consequences: one of the victims had to undergo brain surgery due to the shock. According to a witness, the accused was driving at around 50 or 60 km/h.

GRANBY | A real estate broker went to prison for four years last February, after deciding to take advantage of the trust of people around her to line her pockets. Thanks to her Ponzi pyramid-type scheme that lasted nearly 20 years, Hélène Desrochers was able to extract more than a million dollars from nearly 30 people around her. Here's hoping his time behind bars allows him to reflect on the value of friendship rather than money.

1 Gasoline jumps in 24 hours in Quebec 2 Montreal legal aid lawyers give themselves another... 3 World Juniors: from frustration to motivation 4 Filip Mesar and Slovakia surprise USA 5 Bye bye 2022: which personalities will be their heads... 6 New York justice is investigating a Republican congressman... 7 Police officer shot dead in Ontario: two suspects... 8 Femicide in Pointe-aux-Trembles: "It's always... 9 Prevention is worth more than a breathalyzer, warns... 10 A well-kept secret at the Blue Jays 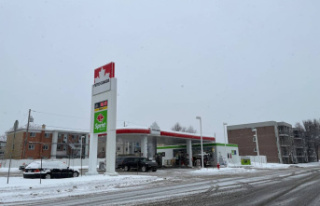 Gasoline jumps in 24 hours in Quebec