Hit by lightning: a house total loss in two seconds

A retiree from the west of Montreal was resting in his room last Thursday when a powerful lightning struck about fifteen meters from him, on the roof of his house, now a total loss. 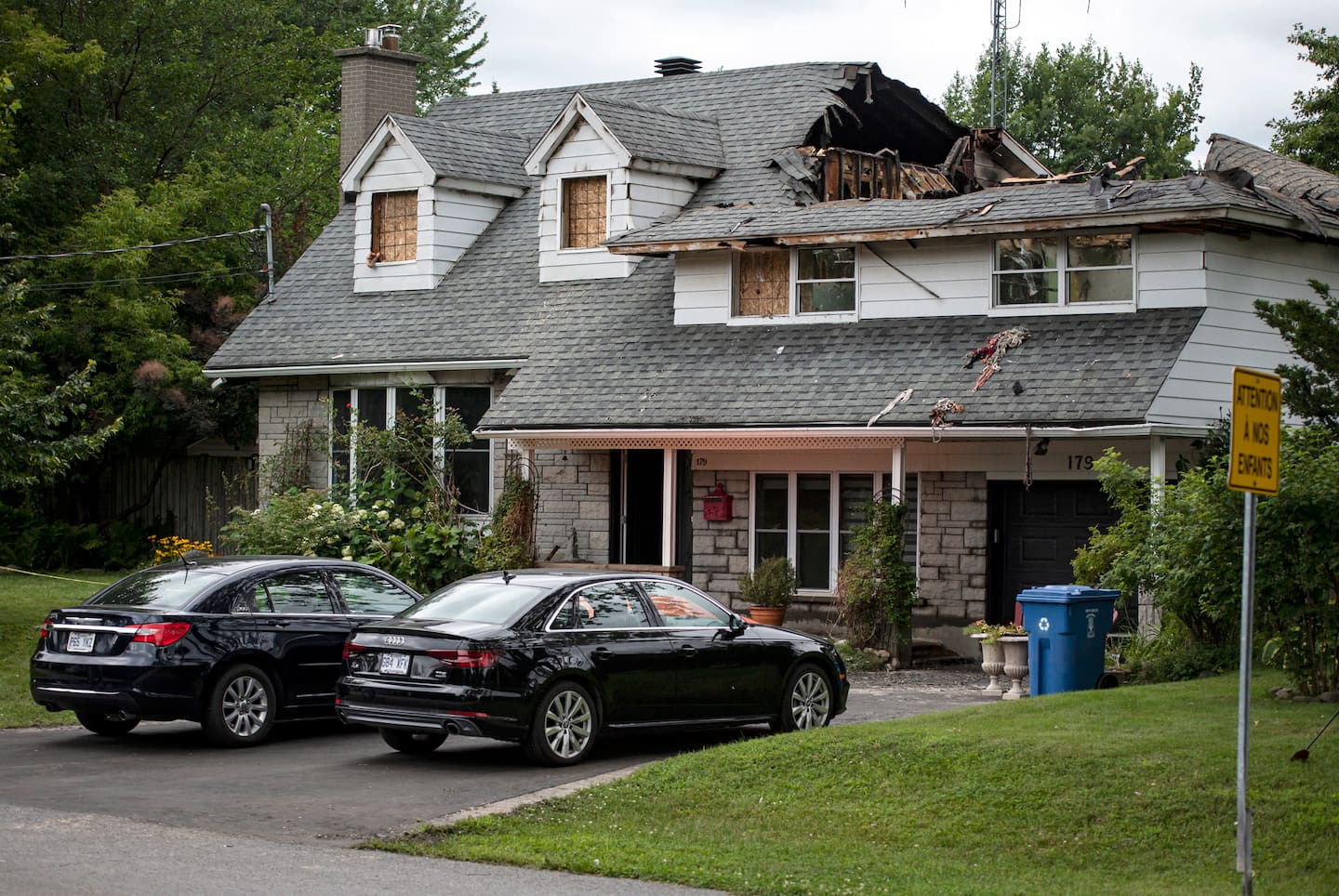 A retiree from the west of Montreal was resting in his room last Thursday when a powerful lightning struck about fifteen meters from him, on the roof of his house, now a total loss.

"It's a disturbing accident, soberly admits Vassos Vasiliou. But we are here to tell our story. »

The 65-year-old was sleeping in his bedroom late last Thursday and his wife, Jennifer Coutlee, was in the kitchen when their Beaconsfield home was struck by lightning.

"The entrance to the attic was a little hot and when I opened it I saw that there was a lot of smoke," says Mr. Vasiliou, whose awakening was brutal.

The electric charge caused a real uproar in the neighborhood.

"I heard a bang, as if a missile had hit," recalls Bob Driscoll, a neighbor who was outside his residence at the time.

The violence of the fire would have required the intervention of dozens of firefighters, who managed to control the flames after more than four hours of work.

As the crow flies, we see that a gaping hole has formed in the portion of the roof that overlooks the attic of the house of Vassos Vasiliou and Jennifer Coutlee.

And yet, on the main floor, certain items, such as tables, chairs and plants, remained untouched, almost intact.

Mr. Vasiliou is disappointed to have lost some items of sentimental value, including a hand-sewn cotton bedspread by his mother.

“I'm going to get photo albums, he reassures himself. It is the most important. »

The one who worked as a social worker in the Department of Youth Protection for more than 30 years keeps his feet on the ground despite the implausibility of the disaster.

"It's just bricks," he relativizes, showing us around his yard, where cushions and a soiled door lie on the ground.

The Montrealer still considers that it is necessary to bear witness to this type of experience.

"As a social worker, I recognize the importance for a person to talk about what they have experienced," he says, not expecting to suffer from trauma.

Vassos Vasiliou and Jennifer Coutlee are currently staying with a long-time friend who lives opposite the scene of the disaster.

“We developed friendships all over [the neighborhood]. Everyone was really helpful,” says the retiree.

The couple hopes in time and place to rebuild the residence built in 1959. Mr.Vasiliou will take care of maintaining his land.

"Someone has to do it," he says, putting lettuce plants back in their bins.

The lightning that struck the home of a Beaconsfield couple is a reminder of the importance of finding a roof over when a violent storm is brewing, says an expert.

When lightning strikes the house, it takes the path of electrical conduits, elaborates Nicolas Lessard, meteorologist at MétéoMédia.

In the case of Beaconsfield, “it probably protected [residents],” he says.

“You really don't have to be lucky for lightning to strike our house,” says Lessard.

In fact, according to Environment Canada, the odds of being affected are less than one in a million.

In the event that people are in a vehicle during a storm, it is recommended to close the windows to block the progression of the current.

A lightning bolt can extend some 30 kilometers outside its storm cell, says Nicolas Lessard.

Thus, the trajectory of a lightning is difficult to establish, as it is influenced by objects in its path, especially those that contain electricity.

It cannot therefore be established whether more residences could be affected by lightning in the future, argues the expert.

As recently as last June, a flash set fire to three residences in Sainte-Marthe-sur-le-Lac, putting several people on the street.

According to Environment Canada, between two and three people per year die from lightning, and about 180 others are injured.

1 A naturist from here manages to pinch a French pedophile 2 Fraud on social networks: extortion by threat targeting... 3 Series of thefts on Avenue Myrand: desperate traders 4 A toxic mine decimated a village in the Laurentians 5 Mountaineering | Alpamayo: a great achievement in... 6 What future for LIV Golf and the sport? 7 Osheaga: "We just want to forget" 8 Five must-haves of Summer Arts 9 "I'm really proud to star in Confessions"... 10 Five questions to Francis Darche, director of Refuge... 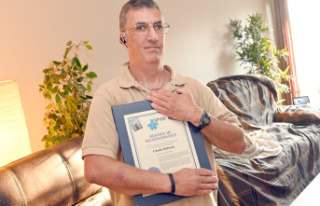 A naturist from here manages to pinch a French pedophile