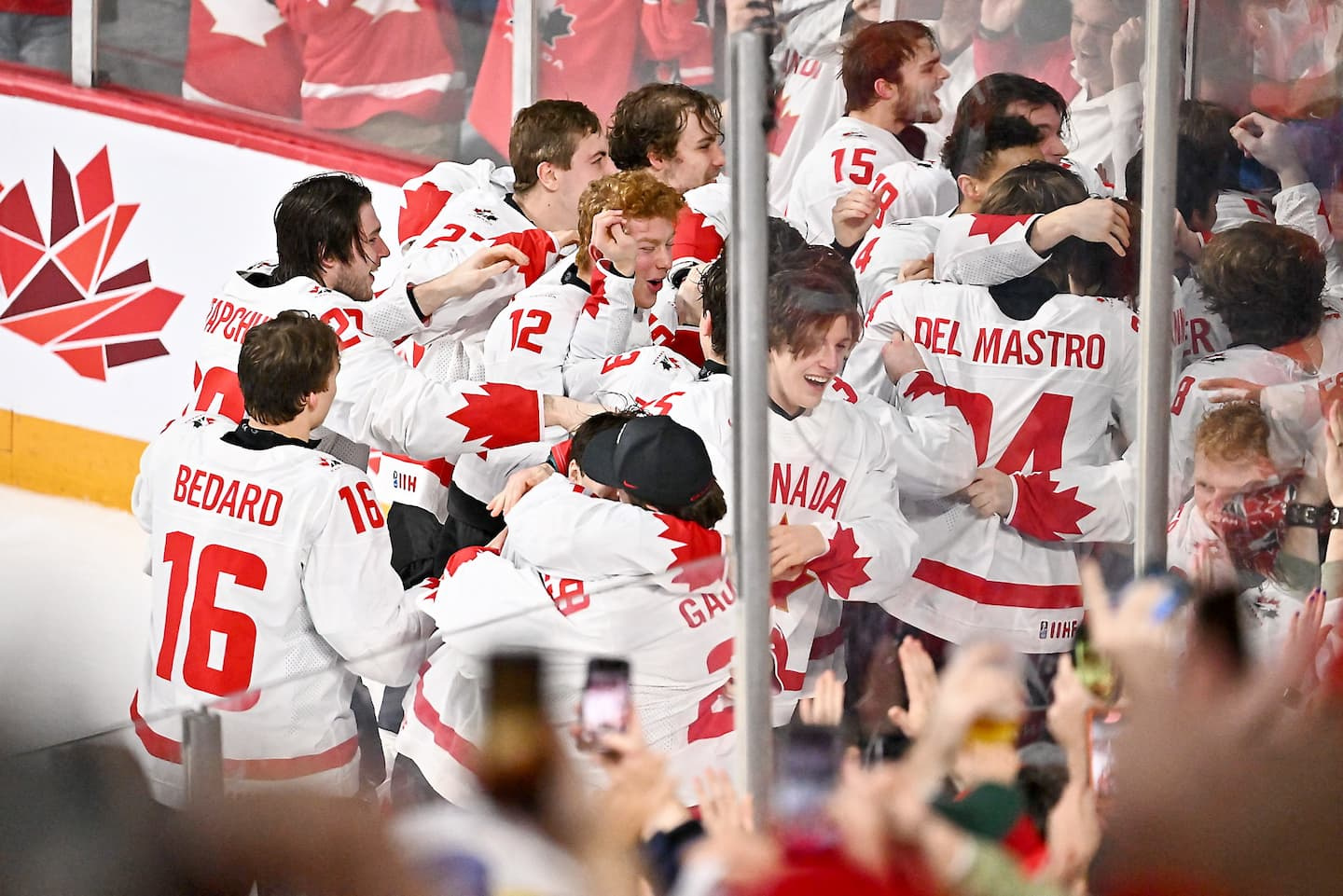 It's like that almost every time. A World Junior Hockey final involving Canada offers a thrilling and emotional spectacle. We saw it once again on Thursday night, when the Canadians struggled to overcome the Czech Republic.

It is always with great pleasure that I watch the matches of the elimination round of this tournament. There was no question that I missed the meeting for obtaining the gold medal.

I have the feeling to reconnect with real hockey, that is to say the one where it is not a question of business and money.

We see hockey in its purest form.

The young participants are not yet mercenaries. They smash without counting to win the championship.

It's the kind of competition you never get tired of.

In addition, the timing of his presentation is timely. This is a great holiday gift for hockey fans.

Everyone is happy and festive and follows the tournament with a light heart.

We would ask for more!

Supporters of the Canadian, meanwhile, have been pampered this year.

No less than six hopefuls of the organization took part in the tournament. A seventh was added when Owen Beck was recalled to make up for the loss of Colton Dach.

Joshua Roy, who came out the big winner, had a unique journey. He started the tournament in a defensive role as part of the third line, but he didn't complain. He let his game do the talking.

A beautiful source of inspiration

His performance prompted head coach Dennis Williams to promote him to the front line with Connor Bedard as center.

His story is a great source of inspiration for young people aspiring to a career in the National League.

Although he was the first pick in the QMJHL draft in 2019, his selection as the fifth round pick of the CH, two years later, had not aroused passions.

However, he has progressed really well since then.

He won the QMJHL scoring championship last year, and now that he's got a World Junior Hockey gold medal around his neck, his wish is to help win the Gilles-Courteau trophy and, ultimately , of the Memorial Cup by the Sherbrooke Phoenix, next spring.

Let him finish his classes

However, we need not look any further for the moment.

Although fans hope to see him with the Habs next year, the step is high to overcome.

Let him first continue in the same way at the junior level and then we will see.

Do not put the cart before the horse.

The same goes for the other hopefuls of the Canadian who represented their country at the World Cup.

We are talking about more or less long-term projects.

But if there's one we'll see in the NHL next season, it's Connor Bedard, of course.

Now that the Canadian has accumulated losses, his supporters have started to dream of the center player from British Columbia.

They are drooling over it!

All in all, this world championship was a great success.

International Ice Hockey Federation president Luc Tardif called him a balm for Hockey Canada, whose image has taken quite a hit over the past year.

The Canadian victory will not make the young women raped by players of the national junior team in the past forget the atrocities they have experienced.

The brave ones are them, let's agree on that.

But as Tardif said, the members of the new Hockey Canada board must now be given the chance to correct the mistakes of their predecessors and ensure that players respect women and behave in a civilized manner.

May our young people dedicate themselves to becoming good citizens with the same fervor that drives them to aim for the highest levels in hockey.

If the Seattle Kraken felt the need to return Shane Wright to Kingston in the junior ranks yesterday, what should the Canadian do with Juraj Slafkovsky?

The young man has been struggling for some time. He has not collected any points in his last nine games and has a total of ten in 34 outings.

And there is no sign that it will improve over the next few months. The second half of the season is the time of the year when we separate the men from the children.

The Canadian is going nowhere, which isn't the best for Slafkovsky's development.

What to do then?

The leaders of the Habs could assign their first choice in the draft last June to their Laval school club, but the situation is not much rosier at the Rocket.

A return to Europe is a possibility, but a team would have to be found for him.

Slafkovsky has evolved in Finland over the past two years, more specifically with TPS Turku, with whom Saku Koivu had apprenticed in the junior ranks, then his first steps as a professional for five years, before reporting to CH.

The SM-Liiga comes third in the world rankings, behind the NHL and the KHL (Russia).

The leagues of Slovakia, his native country, and Czechia occupy the ninth and fifth positions respectively.

It may not be ideal, but the management of the Canadiens must find a way to allow the youngster to flourish a little.

If she thinks it's even better for her rookie to stay in Montreal, it could be very hard for Slaf by the end of the season.

In such a case, the organization would lose a year in terms of autonomy in the contract of its player.

The regulations stipulate in this regard that a season is considered complete in the 41st game, a step that the Canadian will take on Monday.

1 McCarthy and the Moral Void 2 Ukraine: 2023 will be a decisive year 3 «Women Talking»: l’optimisme prudent de Sarah... 4 Awards season: Close contests at the Golden Globes 5 Return of his character in “À cœur beating”:... 6 A 15th season on Télé-Québec: “Curieux Bégin”... 7 "The Voice": coaches ready for the competition 8 New TVA reality show: Nathalie Simard outdoes herself... 9 “Les crinqués”: a documentary on surpassing oneself 10 In the series "The Emperor": Jean-Philippe... 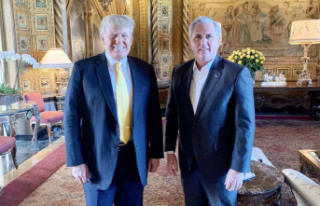 McCarthy and the Moral Void