The year that is ending will have been particularly deadly in Quebec. 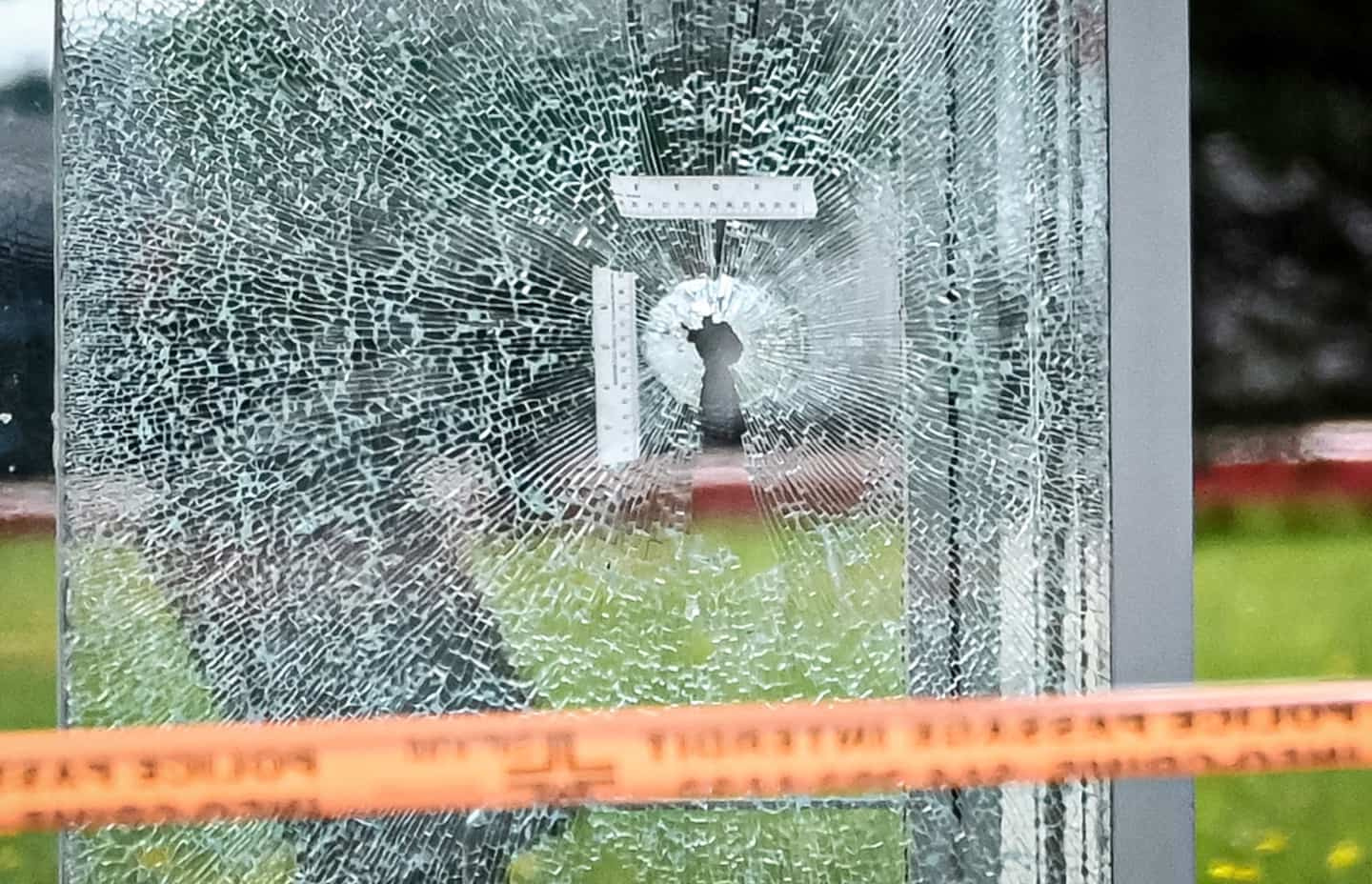 The year that is ending will have been particularly deadly in Quebec. For the first time in almost 20 years, there were 110 homicide victims.

At least 110 people have been killed in Quebec as of yesterday, according to a review by the Journal. Last year, Statistics Canada counted 88 in the province.

We have to go back to 2012 to reach the milestone of one hundred, when there were 109 victims. Quebec is also approaching a sad peak not seen since 2004, when 111 individuals were killed.

Specialized investigators have therefore not been idle. "It's been a very big year, clearly the busiest in the last five," said Sergeant Mathieu Boulianne, of the crimes against the person unit of the Sûreté du Québec (SQ).

His team has worked on 51 homicide investigations since last January. This is 12 more than in 2021.

The pace of murders was sometimes so intense that his investigators didn't even have time to wrap up a crime scene that a new event was added, forcing them to call their fellow guards for help.

The Service de police de la Ville de Montréal (SPVM) also had its deadliest year of the decade, with 40 murders. "We had a lot of firearms cases until September, it was a very hot summer, especially in August," said SPVM major crimes commander Jean-Sébastien Caron.

He was referring in particular to the mad gunman, who killed three people in 24 hours, a seemingly uneventful victim killed in a high school parking lot and two murders committed in broad daylight in 30 minutes.

Organized crime has kept investigators busy. After a lull in 2021 with five murders, the SQ found itself with nine deaths to be elucidated.

In Montreal, there were 13 deadly settling of accounts, of which only four were settled, confirmed Mr. Caron. “When it comes to organized crime, it takes a lot longer, there are multiple players and fewer people collaborating,” he noted.

Some of these events that strike the imagination occurred in Laval and Longueuil, but were taken care of by SQ investigators.

This is the case of the shooting in the middle of a restaurant in Laval, in which Bernard Cherfan, a man linked to Lebanese organized crime, was killed at close range while he was tasting a soup.

But one in five murders committed in 2022 in Quebec would be the result of banal bickering between neighbors, friends and relatives.

“Sometimes, to get to kill, all you need is a reason and a bad day,” dropped Mathieu Boulianne.

"Most of the time it's completely meaningless," Commander Caron added.

He gives as an example the recent case of a chicane at work which turned into a tragedy in the Saint-Laurent borough, in Montreal.

Worryingly, almost 30% of murders were committed by a family member, whether a spouse, parent, child, sister or nephew.

"It's always a tragedy. They are normal people in many cases, ”added captain Marc Lépine, of the SQ.

Not always an answer

Moreover, while several measures have been created to prevent violence against women, almost as many have died at the hands of their spouse or ex than last year (see below).

Investigators are always working hard to give as many answers as possible to relatives, but sometimes they fail to fully understand what may have been going through a killer's head when it came time to take action.

"Even sometimes after the investigation, we don't always have certain answers, it's still difficult to put a label, there are sometimes gray areas," explained police officer Boulianne.

♦ Other murders were also committed in Quebec, Gatineau and Nord-du-Québec. There have been eight homicides in the latter region, making it the deadliest place per capita in the province.

Even if the number of women murdered by a spouse or an ex-spouse has decreased, the problem of conjugal violence does not seem to have been resolved in Quebec. Indeed, in 2022, no less than 14 women lost their lives in such a context. The majority of the victims perished while they were at home. The body of Karine Bélanger was discovered in a burnt-out car in Beauce. The youngest victim was Gisèle Itale Betondi, 29. In September, she was violently attacked in the parking lot of her apartment by her ex-husband, in front of her three children. Annie Di Lauro, 90, was beaten to death by her spouse in her residence for the elderly in Vaudreuil-Dorion in October. The previous year, 17 feminicides would have occurred in Quebec.

KILLED IN VIEW OF ALL

​Criminals are less and less scrupulous and do not hesitate to fire in public, without regard to the safety of others. On at least seven occasions in Montreal and Laval, victims fell under the bullets while they were seated in a restaurant, leaving a business or driving in a busy neighborhood. The majority of these homicides are linked to organized crime. Only two of them have been elucidated.

“It is sure that it touches the imagination of Mr. and Mrs. Everyone. When you go to the Rockland Center, to the restaurant, the last thing you want to see is someone getting shot [above]”, launched Jean-Sébastien Caron, of the SPVM.

For 10 years, never before have so many children been murdered. Ten cubs aged between 1 month and 13 years old were killed, in seven separate events. January was particularly disastrous: first there was an 11-year-old child killed by a 12-year-old teenager in Akulivik, in Nord-du-Québec. Then a stepfather from Mont-Laurier accused of manslaughter. The next day, a dad deliberately caused the explosion of his house in Saguenay, taking his two children with him.

In September, a mother would have voluntarily thrown herself from a cliff in a park in Rivière-du-Loup, with her six-month-old baby in her arms.

A week later, a father from Brossard was accused of stabbing his wife and taking the lives of their two children. Another father is also facing justice for having killed his 11 and 13 year old teenagers in Laval. The sad list ends with a mother who threw herself into the Rivière des Mille-Îles by car, killing her one-month-old baby. She later died, but her eldest daughter survived.

Murderers have taken extreme measures to try to eliminate traces of their crime: the bodies of eight victims have been discovered after the burning of a residence or a vehicle in the last 12 months.

In Montreal, two individuals were found dead in the trunks of charred cars, including Hugues Leblanc, a drug trafficker linked to the Hells Angels.

The bodies of three women, who were allegedly victims of their spouse or ex-spouse, were also found in the rubble. This is particularly the case of Louise Avon who was found during a routine inspection after the fire at her house in Sainte-Agathe-des-Monts, in the Laurentians. Another was also found in her burnt home in Sorel and another in a charred vehicle in Beauce.

A ninth victim is believed to have died earlier this month when his vehicle caught fire after a violent collision.

PARENTS KILLED BY THEIR CHILDREN

Seven men, six of whom were in their twenties, took the lives of their father, their stepfather, or even, in one case, both of their parents. All of them lost their lives in their residence. The majority of the victims were stabbed to death, but two were beaten to death. Several of the defendants had to undergo a psychiatric evaluation to find out if they were fit to stand trial.

At least five people in 2022 appear to have lost their lives because they had the misfortune to cross paths with visibly troubled individuals. The most striking case concerns the three men killed in cold blood by a complete stranger. The 26-year-old man raged for just under 24 hours, before being pulled by police officers who came to arrest him. Earlier in June, Jocelyne Lessard was reportedly strangled by a stranger trying to get home. A Montreal senior was also reportedly killed by a stranger in her seniors' residence in the Rosemont district.

1 “An Embarrassing Percentage” –Nick Suzuki 2 Several increases in sight for 2023: your wallet will... 3 A family of eight came close to death on Christmas... 4 At least 10 dead in Cambodia hotel casino fire 5 Surge in Covid cases in China raises risk of new variants 6 Renfe users will be able to purchase free passes for... 7 The Ibex 35 wakes up with a fall of 0.2% and clings... 8 Olympic Games: India plans to apply for 2036 9 Ukraine denounces “massive” strikes by more than... 10 Quebec: A cloudy day, but less cold, is expected on... 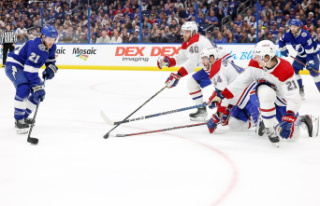