When he talks about the Horne Foundry, formerly Noranda, many memories come to mind of Abitibi's most famous child, singer-songwriter Richard Desjardins. 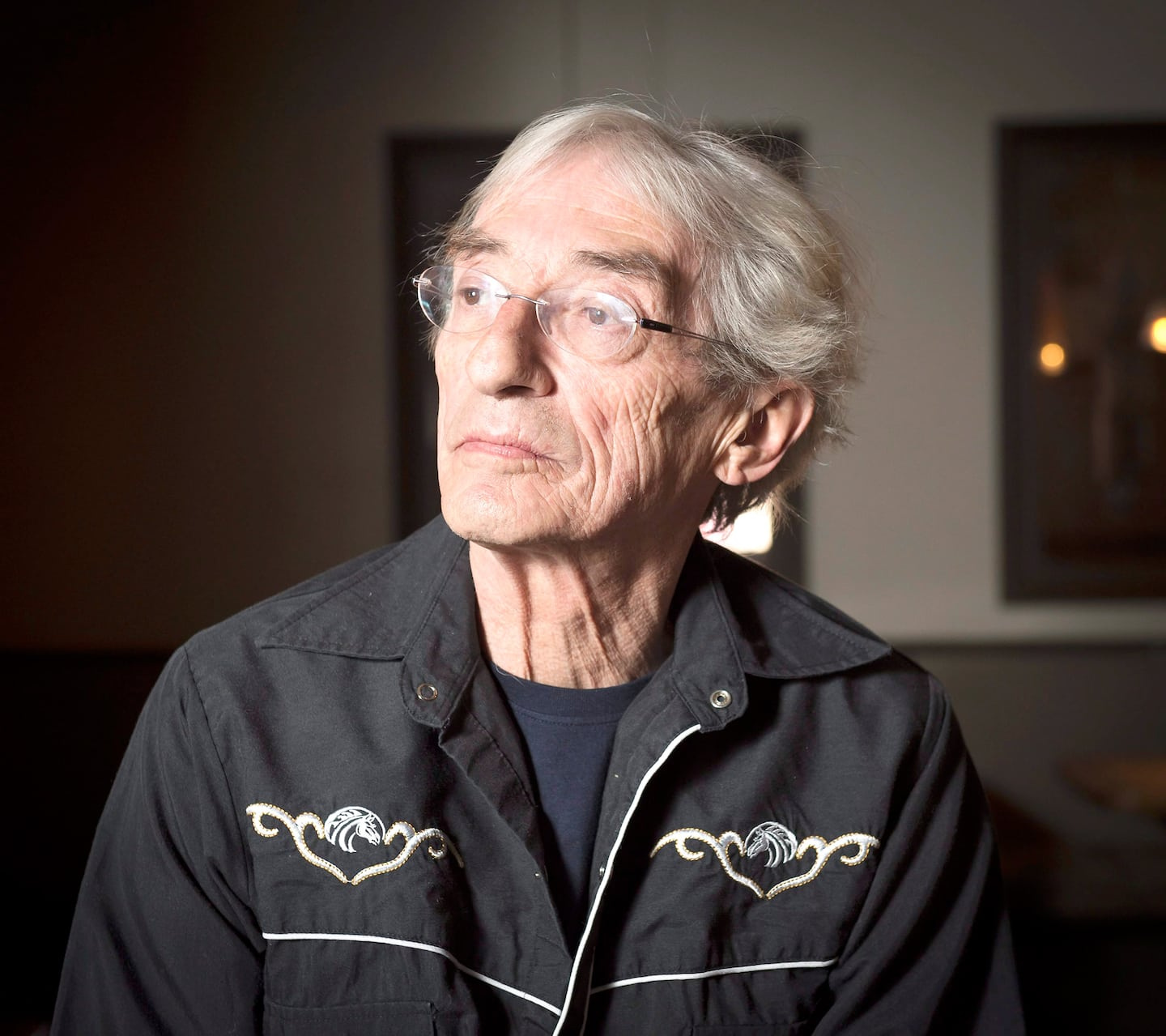 When he talks about the Horne Foundry, formerly Noranda, many memories come to mind of Abitibi's most famous child, singer-songwriter Richard Desjardins.

• To read also: Horne Foundry: “The people of Rouyn-Noranda do not want the company to be closed,” says Legault

“When I was little, I thought clouds were created by factory chimneys. I was not alone, the parents said that to their children, ”recounts the poet during an interview with Le Journal.

In the Notre-Dame district where Desjardins was born in 1948, the kids knew they had to hide when the factory, right next door, was spewing its toxic clouds towards the city.

“As soon as there was a rush of sulphur, we would hunker down below the galleries. We were suffocating. We stopped the hockey game. We were going home. It was a puff that enveloped the whole city, ”recalls Desjardins.

For citizens living close to the plant, the misfortune was to see "clouds of smoke" alter the paint of their car, a strong scene from the documentary Noranda (1984), in which Desjardins provided the narration and the music.

“It lifted the paint off the tanks. Had to take it to the garage. They redid the paint and the guys sent the bill straight to the mine,” says the singer.

If the situation has improved over the past decades in the city and Old Noranda, the toxic emissions are still there.

According to a study, the plant, owned by the multinational Glencore, would at times emit into the air concentrations of arsenic – a recognized carcinogen – 67 times higher than the Quebec standard.

This is why the plant should be put on hold and even completely cease its activities, and this, for the health of the citizens, believes Desjardins. A position contrary to that of François Legault who believes that the people of Rouyn do not want a closure.

“Let them close their doors! I am in favor of stopping this factory until they have solved the problem, ”he says.

According to him, the foundry has a much less significant economic impact than before and Rouyn "would be able to do without it".

“The city has become something other than a mining business. I understand that 30-40 years ago, there were more than 2,000 men working there,” he says.

“Today is not that. The city is much more administrative, it is the regional capital of social services, Hydro-Québec is installed, SMEs are much more developed, ”lists Desjardins.

"There are now 400-500 jobs left, so it's conceivable... Besides, they never paid for the damage they did... You're going to Rouyn-Noranda, it's not funny, that It's been a long time,” he laments.

He also believes that the mining industry is omnipresent and takes up too much space in Abitibi, which limits the potential to develop other sectors of the economy.

“Rouyn would like to spread out the city because of the housing crisis, they cannot develop further, because it is all claimant [mining rights]. They will not put municipal infrastructure in a place where they will be thrown out because there will be someone who will have thought of finding a mine, ”he explains.

Richard Desjardins is far from surprised by the headlines surrounding the Horne Foundry, formerly Noranda. “It has not changed, it is the continuation of the same story that I have known since I was very young. Nothing surprises me in that,” he says.

The plant came back to the fore after Radio-Canada revelations that the release of cancer data in Rouyn-Noranda had been pushed back for more than two years at the request of Dr. Horacio Arruda, the former - national director of public health.

This week, the latter defended himself and maintains that he removed an appendix in order to carry out “more robust” studies on lung cancer.

But Richard Desjardins believes that the public authorities have procrastinated enough and that the situation has been known for a very long time.

"Arruda has postponed studies... There is a study that has been postponed for 40 years, it was shown in the film Noranda, that the presence of arsenic in the body increases as you go towards the factory. There is zero tolerance for the human body to arsenic. That hasn't changed, ”he said, with emotion, during an interview with Le Journal.

The film Noranda, released in 1984, the work of directors Daniel Corvec and Robert Monderie, and narrated by Desjardins himself, takes a look at the consequences of the industrial pollution produced by the factory, owned by the Bronfman family and the Caisse de dépôt and placement of Quebec (CDPQ) at the time.

According to a study relayed in the film, deaths from respiratory diseases in Rouyn were twice as high among men and three times as many among women compared to the Quebec population.

“We had also followed a study of Mount Sinai in New York on the presence of heavy metals. Inside the factory, the level of arsenic rose as you approached the reactor. They also examined 500 workers and found five lung cancers,” recalls Desjardins.

May data show that life expectancy in the region is lower in Rouyn-Noranda than elsewhere in Quebec. Babies are also born smaller there than in the rest of Quebec.

Singer Richard Desjardins rarely speaks, but his interventions are always noticed. His documentary L’Erreur boréale, which denounced the forest regime in Quebec, had created a shock wave. This time, the child from Rouyn-Noranda denounces the pollution created by the Horne foundry. He gave an interview to the Journal.

AID TO GLENCORE TO POLLUTE LESS?

When Richard Desjardins is reminded that the CAQ government wants to help the company Glencore, owner of the Horne Foundry, to pollute less, the singer simply cannot believe it.

" Unbelievable ! It's amazing, he said, laughing spitefully. I tried to calculate the profits of the Noranda company since 1927, I can't do it... We're talking about billions of billions... And what did we get here? he asks himself.

As of Thursday's market close, the company was worth more than $58 billion, more than Couche-Tard's market capitalization.

Despite everything, the Minister of the Economy, Pierre Fitzgibbon, opened the door to public aid to help the Horne Foundry reduce its arsenic emissions.

“I have had very preliminary discussions with the company to see what they are ready to do and depending on the amount of money that is required,” the minister told the Journal this week.

The singer-songwriter also wonders about the lasting effects of the presence of a large foundry in Rouyn.

“We haven’t been as diverse as Sudbury (another mining town) which now has 150,000 people. It's been a long time since we should have reached 150,000 inhabitants... If we had had a little transformation, ”he regrets.

Throughout the interview, Richard Desjardins evokes his memories of a very popular politician who came to Rouyn-Noranda to meet the workers at the plant. "With my father, we went to a meeting of René Lévesque," he says.

“I remember one thing. René Lévesque said: this company, this gang, he pointed the finger at them, Noranda, we called it Noranda at the time, the others, we are going to civilize them, ”says Desjardins.

He says that at that time, the factory workers had felt great emotion at Lévesque's speech.

"I remember very well in the audience who was there, it was in the base of the Church of Saint Joseph, I looked at the men around me, they all had wet eyes," he said.

“It was the first time that they were spoken to in the same way, that they heard such a thing, which they had to the bottom of their hearts. What they more or less consciously felt.

Glencore is an Anglo-Swiss multinational present in particular in the extraction of raw materials. In Quebec, the company owns the Horne Foundry, the only copper smelter in Canada founded in 1927, the Raglan mine in Nunavik and the CCR copper refinery in Montreal East. The company has just pleaded guilty to corruption charges brought against it in Africa.

1 The Center Jacques-Cartier: regaining self-confidence... 2 A ticket to Montreal, while he was in the Islands 3 "He (Darcy) was ok" - Bednar 4 The Tour de France 2022: at their best just in time 5 “There is still hockey in us” - Perry 6 QMJHL: Sea Dogs want to do better on the penalty kill 7 A life of cinema: the pillar of Cinéma Beaubien retires... 8 The 100 best songs in the history of Quebec 9 “A song is a miracle!” 10 songs that make me cry 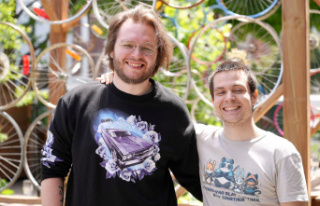