Normand Dubé, who still denies having sabotaged the lines of Hydro-Québec and ordered arson, wanted at all costs to avoid prison when he undertook his “famous” run in December 2020. 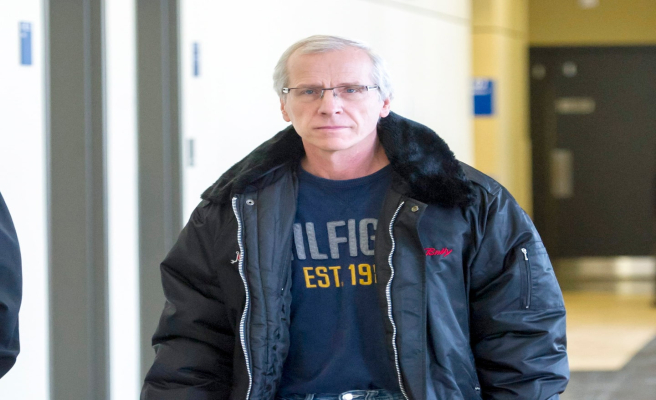 Normand Dubé, who still denies having sabotaged the lines of Hydro-Québec and ordered arson, wanted at all costs to avoid prison when he undertook his “famous” run in December 2020.

• Read also: Sabotage of Hydro lines: revenge as a motive

• To read also: A death as an alibi at the trial of the ex-star pilot

"I wanted to end my life. I was in depression, ”he said in a sobbing voice during a telephone discussion with investigative journalist Marie-Christine Noël, from Drummondville penitentiary.

In the last episode "The direct line with the prison" of the podcast series "Par pure vengeance" from the Bureau of Investigation and QUB radio, Mr. Dubé recounts that after fleeing on December 17, 2020, he was hiding with a Haitian nun in Montreal from whom he had rented a room. Considered one of the ten most wanted criminals in Quebec, he gave himself up six weeks later.

“I saw in the newspaper that I had lost my calls and I went to the police station by taxi,” he breathes on the phone.

Suicide of his wife

A few days after he surrendered to the police, his spouse, Manon Narbonne, took her own life. According to the coroner's report, it was the difficult years that Ms. Narbonne had just gone through, the death of her son a few years ago and the SQ who informed her that she "would probably have problems with the law" that may have played a role in his suicide.

However, Crown prosecutor Steve Baribeau admits in the podcast series that he had no intention of filing charges against Manon Narbonne.

"We would never have accused this lady [...], it's a terrible tragedy," said Crown prosecutor Steve Baribeau.

Asked about the pressure she would have suffered from the police, the prosecutor rather puts the fault on her spouse.

“It is not an easy climate […]. I'm not trying to make a common denominator, but if there was pressure, it was rather because of Dubé that she found herself in this situation.

Before his escape, Dubé remained at large while he challenged the verdicts of his two high-profile trials before the Court of Appeal. He was found guilty in 2018 of causing mischief with his plane on Hydro-Quebec lines, after a long dispute with the state corporation, and the following year of ordering arson at officials. For these two cases, he was sentenced to seven and nine years in prison.

When the resident of Sainte-Anne-des-Plaines was forced to report to the detention center because he had not respected his release conditions, he fled.

In December 2020, the SQ undertook a real manhunt. Fearing that Dubé would attack his enemies during his run, she put several individuals under protection.

Martin Bouchard, who led the SQ investigation, met Dubé in prison to find out how he had committed the mischief, but the inmate still claimed his innocence.

“It is consistent with the personality of Mr. Dubé. […] It is difficult to move forward when you are not able to recognize what you have done, ”says Me Baribeau.

According to them, the ex-pilot of the stars has two paradoxical personalities. His friends saw him as a kind and helpful man, but those in positions of authority described him as a nagging and aggressive individual.

1 The PQ missed the essential 2 The new beautiful risk of the nationalists at the... 3 Chinese, US defense ministers to hold talks in Singapore... 4 Philippines protests Chinese boats in disputed area 5 Montreal: the Pie-IX bridge closed during weekends... 6 Montreal: a 34-year-old man is missing 7 [LIVE] 107th day of war in Ukraine: here are all the... 8 “Blood, sweat and tears”: never-before-seen footage... 9 After 30 years of crime, the trial of the "rapist... 10 Two cases of swine fever in Rome: a thousand pigs... 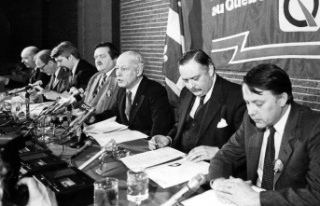 The PQ missed the essential