In Highland Park, a makeshift memorial to mourn the dead

"This time, it's here, it's ours": in front of the Presbyterian church in Highland Park (north of the United States), the anonymous follow one another Tuesday evening to write a word on seven blue hearts mounted on small white poles. 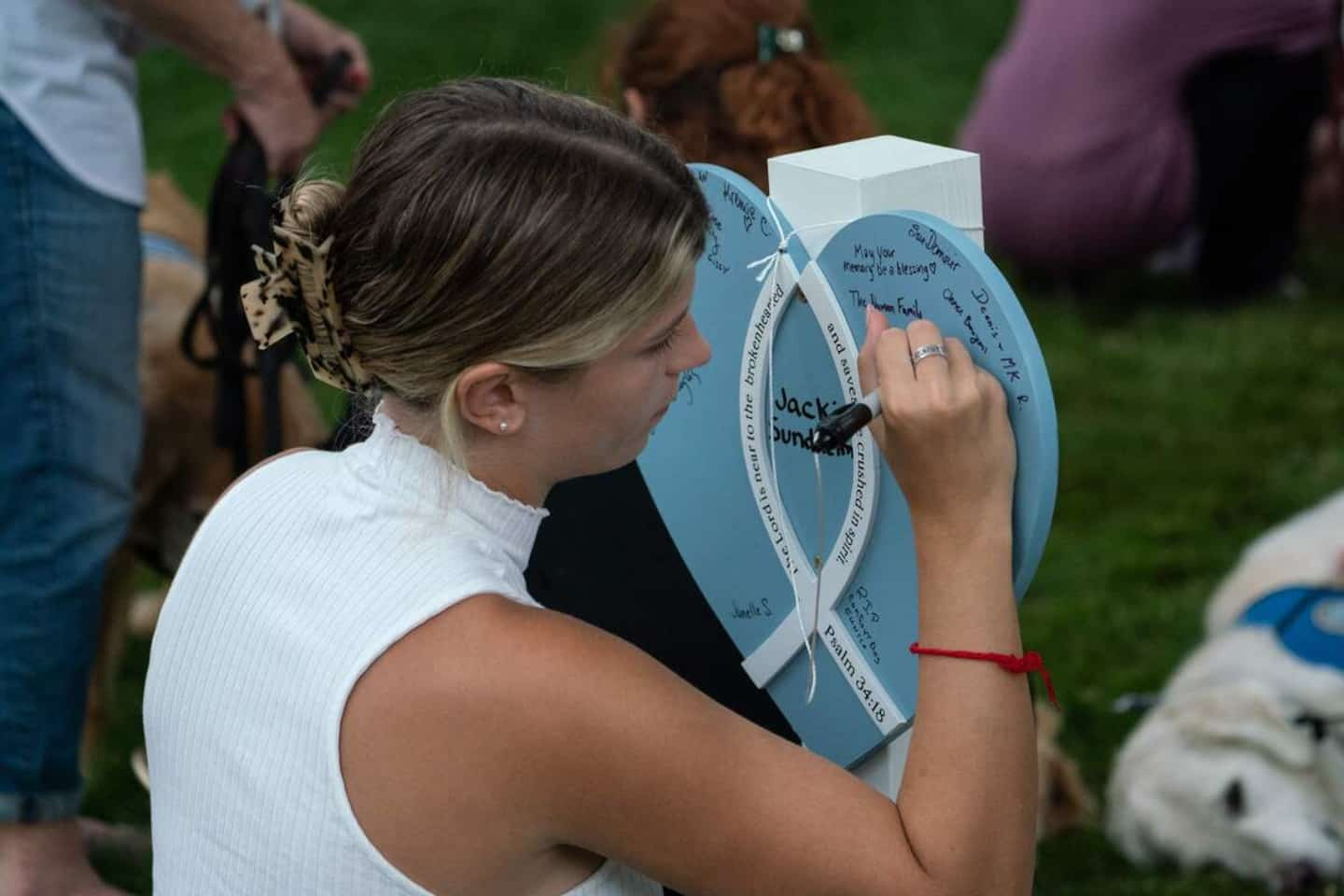 "This time, it's here, it's ours": in front of the Presbyterian church in Highland Park (north of the United States), the anonymous follow one another Tuesday evening to write a word on seven blue hearts mounted on small white poles.

• Read also: Massacre in Highland Park: the shooter “prepared for weeks” for the attack on the parade

• To read also: Misunderstanding and pain in Highland Park after the July 4 massacre

Established in memory of the victims of the shooting that occurred the day before, this makeshift memorial will then be given to the families of the disappeared.

"We are all devastated," said AFP in front of the red brick building Susanna Calkins, a resident. She says she is immersed in “disbelief, but also resignation”: these shootings “occur again and again”. "And, this time, it's here, it's ours."

Inside, the impressively framed church is full: the whole community mourns its dead.

Bradley Rose was at the 4th of July parade. If all his family is well, the 46-year-old man says he is "frozen to the blood" by what happened.

"Our 10-year-old daughter had to sleep in our bed last night," said the head of a video game company in front of the church, stressing that it was "very difficult" to explain such a tragedy to his child. .

At the same time, Vice President Kamala Harris came to pay tribute to the scene of the tragedy along Central Avenue, the main artery of Highland Park which hosted the July 4 parade.

Overturned strollers still rubbed shoulders with tricycles and folding chairs on Tuesday, abandoned by the crowd during the shooting that left seven dead, and testifying to the chaos that reigned in this upscale city.

On the shores of Lake Michigan, Highland Park, with its opulent homes, is a favorite hangout for Chicago stars. But the name will now evoke the sad list of cities bereaved by shootings in the United States.

On the lampposts in front of the shops, the American flags float alongside that of LGBT pride and, behind the yellow cordon which bars access, the agents of the federal police, the FBI, are busy.

For Natalie Belloff, the United States must adopt laws that more strongly limit access to weapons.

“You can still have a Second Amendment without being able to buy an assault rifle at 20-21,” she says, referring to the constitutional provision that guarantees the carrying of arms.

Ivana Spasova, who says she is “in shock”, echoes this sentiment: “We should not give access to weapons to young people and especially military style weapons”, says this 25-year-old delivery woman near the police cordon .

"It's a safe community, it's a safe neighborhood," she also says of the city.

For Susan Millner, in addition to weapons, there is a "major mental health crisis" in the United States.

"We don't have the resources to fight it," says the 45-year-old therapist, who points out that the situation has only worsened with the pandemic, particularly among young populations.

In the tree-lined streets close to the scene of the tragedy, the opulent houses of Highland Park and its lawns cut to the millimeter are revealed.

Located nearly 25 miles from the center of Chicago and its notorious crime problems, Highland Park is conversely known for being a quiet, trouble-free town. It is also known to be home to some of Chicago's elite.

Basketball superstar Michael Jordan had taken up residence there during his years with the Bulls franchise, in a home valued at nearly $15 million.

And it is there that, in the 1980s, several residences served as the setting for films such as “Risky Business” with Tom Cruise, or even “La Folle Journe de Ferris Bueller”.

Originally from the region, the alleged perpetrator of the shootings, Robert - known as "Bobby" - Crimo lived in Highwood, a neighboring town of Highland Park.

In his typical American suburban street, calm reigned on Tuesday.

Dave MacNerland, one of Bobby Crimo's neighbors, described to AFP a neighborhood where "people are very nice". The community is rather that of a "middle class".

In front of the suspect's house, an old gray car is parked on the lawn. A large sticker on the door reads "47", a mysterious number that Bobby Crimo also got tattooed on his temple.

1 US senators call for investigation into TikTok and... 2 Race against time to live 3 A project fully inflated thanks to nearly $74M in... 4 An investment that goes beyond money 5 Litigation for a dream territory 6 MLB: Kiermaier stuns Red Sox 7 Big reunion with the stars tonight 8 Festival d'été de Québec: a short festival-goer's... 9 FEQ: Charlotte Cardin's meteoric rise in 5 defining... 10 Rihanna is the youngest self-made billionaire in the... 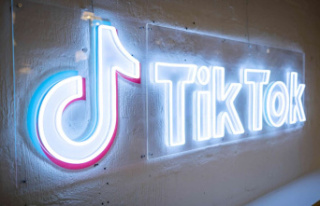 US senators call for investigation into TikTok and...