[IN IMAGES] 100th birthday: return to the flamboyant destiny of Alys Robi

Did you know that we will be celebrating Alys Robi's 100th birthday very soon? Born on February 3, 1923 in the working-class neighborhood of Saint-Sauveur, in Quebec, the singer had a flamboyant destiny, punctuated with successes as well as dramas. 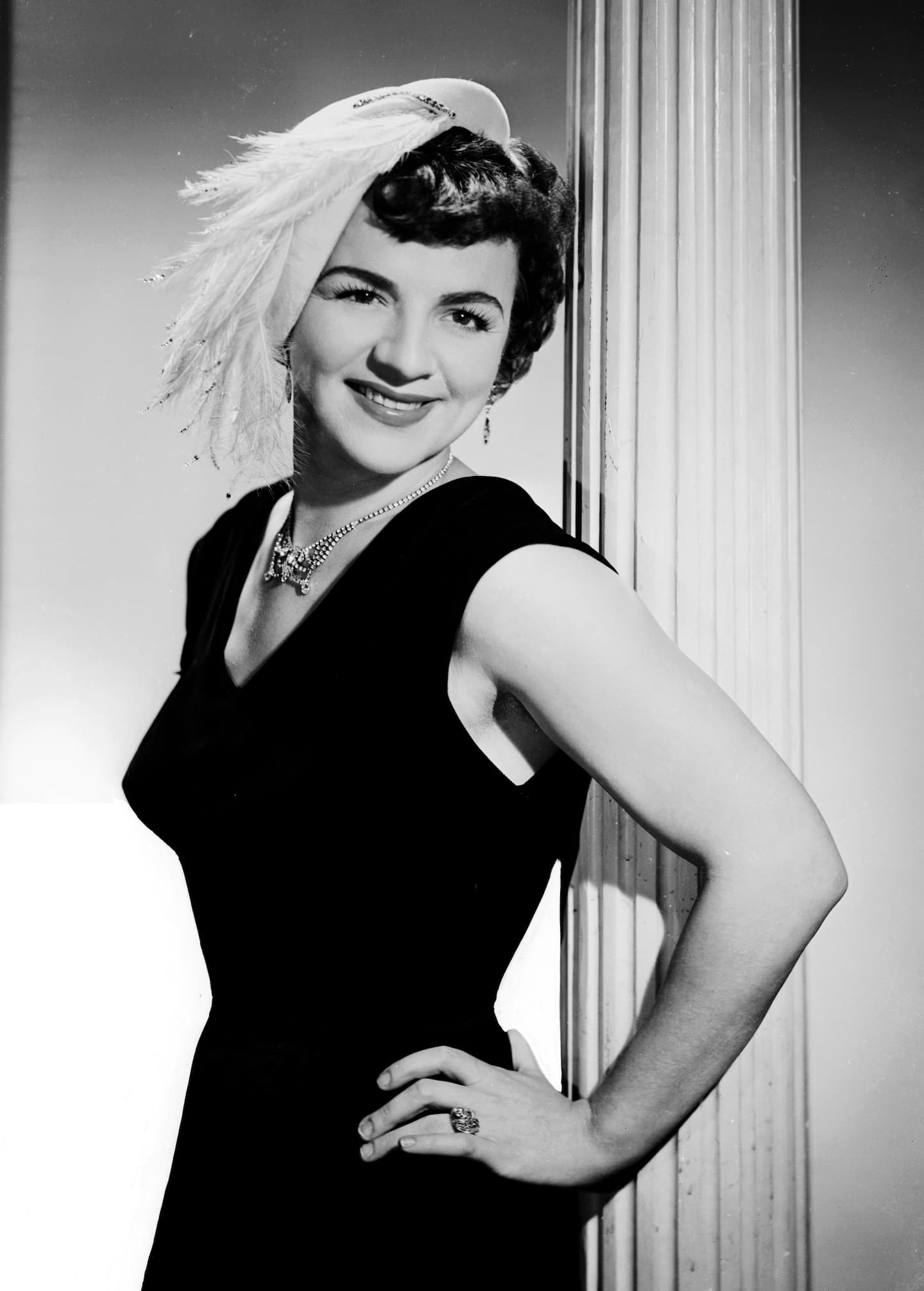 Did you know that we will be celebrating Alys Robi's 100th birthday very soon? Born on February 3, 1923 in the working-class neighborhood of Saint-Sauveur, in Quebec, the singer had a flamboyant destiny, punctuated with successes as well as dramas. This anniversary is a great opportunity to remember the defining moments of the one who was also called Lady Alys.

Little Alice Robitaille quickly fell in love with the performing arts. If her mother sang in the parish choir, it was alongside her father that she made her debut as an artist around the age of 4. The latter having brought her to see a show at the Princess Theatre, she sneaks onto the stage and improvises a Charleston there, which earns her the applause of the public and... her first "contract" as an artist!

She also sings during the interludes of wrestling matches in which her father participates, and participates in several amateur competitions, including the Young Talents Catelli which takes place live on the radio.

Even before reaching the age of 10, she was a regular guest at CHRC and appeared on the boards of various performance halls in Quebec, including the Imperial and the Capitol Theater. His fees, managed by his father, are used to support his family and to pay for his lessons in tap dancing, music theory, diction and singing.

Knowing that the metropolis offers more professional possibilities and having been promised a place in the variety show of Rose Ouellet (La Poune), the young girl is only 12 years old when she packs her suitcase to move to Montreal.

The one who is now called Alys Robi rubs shoulders with the big names of the Quebec cultural scene, including Jean Grimaldi, Olivier Guimond son (who becomes her lover), Juliette Petrie, Gratien Gélinas and many others.

From 1935 to 1942, she went on tours across Quebec with them. Deep bonds of friendship will bind her all her life to this artistic “family”.

In 1939, when the Second World War broke out, Alys Robi signed a contract to participate regularly in the Saturday night radio show La Veillée. His radio successes earned him engagements in the most popular nightclubs in the metropolis. It was in this context that she met the conductor Lucio Agostini, who created her musical arrangements and became her companion.

Alys Robi was not yet 20 years old when her piece Tico-Tico (recorded in 1942) propelled her to the rank of star of popular song. The young star continues radio broadcasts (including Revoir Paris), recording sessions and shows. Critics salute his voice, his dynamism and his charisma.

In the Quebec of the 1940s, it was rare for female artists to work internationally: those best known to the public here had an essentially local reputation. If we have had a few lyrical artists who have distinguished themselves elsewhere (think in particular of the singer Emma Albani), no popular singer has yet really won over American and European audiences. Alys Robi must therefore "invent" his own international career, without having a model. Also fluent in English and Spanish, the artist translates her songs herself.

Alys Robi is an artist perfectly in tune with her time. If radio is the medium that propels her, both in French and English Canada, she does not hesitate to take the television turn that takes place from the 1930s and 1940s, especially in Europe. Remember that the first television station in Quebec, the Société Radio-Canada, did not go on the air until September 6, 1952.

Despite his immense success, both internationally and on the radio, Alys Robi never forgets his origins. The singer is happy to return regularly to Quebec.

In February 1947, while performing at the Capitol Theater, she was received with great fanfare at City Hall. Several dignitaries and public figures are present, as well as people close to the artist. In the photo above, we can see (from left to right): Henri-Paul Drouin, MP for Québec-Est; J. Matte, alderman; F.-E. DeRouin, manager of Alys; A. Drolet, alderman; Mayor Lucien Borne; Alys Robi; Napoleon Robitaille, father of Alys; the Honorable Pierre Bertrand; Odilon LeChasseur, jeweler and organizer of the Jewelers of Canada Congress; R. Beaulieu, Chief of the Quebec Fire Department; Paul Vallière, manager of the Capitol; Théo Genest, director of the Palais Montcalm.

Even at the height of glory, Alys Robi is not unanimous. Some criticize him for favoring the English-speaking and especially Spanish-speaking repertoire to the detriment of plays in French. It is true that she forsakes a little the French song to interpret dynamic pieces drawn from the Latin American repertoire, such as Amor amor, Besame mucho, Chica chica boom chic, Brazil and many others.

Critics from the late 1940s even claimed that she was a bit too American to still be truly Canadian... Apparently, some things don't change!

In 1948, Alys Robi's career came to an abrupt end. While she is in the United States and has just signed with Metro Goldwyn-Mayer to play in a musical, a car accident inflicts a concussion on her, which is soon doubled by a severe depression. After being hospitalized for some time in Los Angeles, she returned to Quebec.

She was admitted to the Saint-Michel-Archange hospital, a psychiatric asylum in the region of Quebec, where she notably received electroshocks and a lobotomy... "treatments" which are surprising today, but which are then part of the psychiatric arsenal of the time.

After almost five years away from the stages, Alys Robi misses the public. She attempted a live performance in 1952, but suffered from confusion and memory problems, forgetting the words to her songs (even her greatest hits) or not singing the same piece as the orchestra. The singer must endure the astonished looks or, even worse, the mockery of certain critics.

Moreover, his songs have gone out of fashion. If she perseveres, learning a new repertoire and getting back on stage, she will not however regain her former glory. The former star is reduced to performing in sponsored events...

With tenacity and determination, Alys Robi pursues the path she has chosen. She participates in various recitals, performs at social events and manages to be remembered. In 1985, she was awarded the Medal of the Order of Malta. The one to whom we will now address by using the name of “lady Alys” returns to the studio and, in 1989, launches the album Let me still sing.

His journey rich in twists and turns also inspires creators and arouses praise. In 1979, Diane Dufresne sang Alys in cinemascope, while a play, Souriez, mademoiselle Roby, was created at the end of the 1980s.

Alys Robi herself will recount her tumultuous life twice, first in her autobiography Un long cri dans la nuit. 5 years in the asylum published in 1990, then in a second biography, Fleur d'Alys, written by Jean Beaunoyer and published in 1994.

New generations are rediscovering it, somewhat reviving the old glory of yesteryear. His life also inspired a TV series presented on TVA in 1995, the film Ma vie en cinemascope in 2004, then a musical review in 2005.

For her contribution to the influence of the French language, Alys Robi was named Chevalier de La Pléiade during a ceremony at the Château Frontenac on April 21, 2005.

Alys Robi left us on May 28, 2011, at the age of 88, leaving to mourn the artistic colony and many admirers of all ages. What legacy did she leave? A commemorative plaque has been installed on his childhood home in Quebec and two parks, one in Montreal, the other in Quebec, have been named in his honor.

Various objects that belonged to him were donated to the Musée de la civilisation. A new biography, signed Chantal Ringuet, was published by Éditions Québec Amérique in the fall of 2021.

With her marketing savvy, Alys Robi would certainly have taken advantage of popular platforms like Instagram and TikTok! She will be in the spotlight next summer, as part of the 6th Rendez-vous d’histoire de Québec, when her 100th birthday will be celebrated with the brilliance it deserves.

A text prepared by Catherine Ferland, historian, for the Rendez-vous d’histoire de Québec.

1 Friendship beyond illness: five questions for the... 2 50 years ago, Bruce Springsteen emerged from anonymity 3 Return of the Golden Globes: roundup of nominations 4 Chantal Lamarre: a permanent desire to play for children 5 New plot on a background of romance 6 Taming those around us, even if they get on our nerves 7 The 10 most anticipated video games of 2023 8 Move forward while remaining balanced 9 Photo objective: sunrise at Pointe des Châteaux 10 Off-season getaway to New York 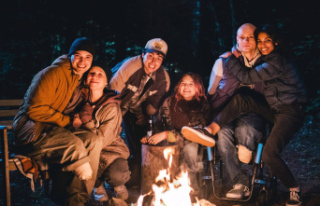 Friendship beyond illness: five questions for the...