Rescuers were hard at work on Sunday to find survivors after a spectacular bus accident fell into a river from a bridge in northwestern Spain, which left four dead and one or two missing. 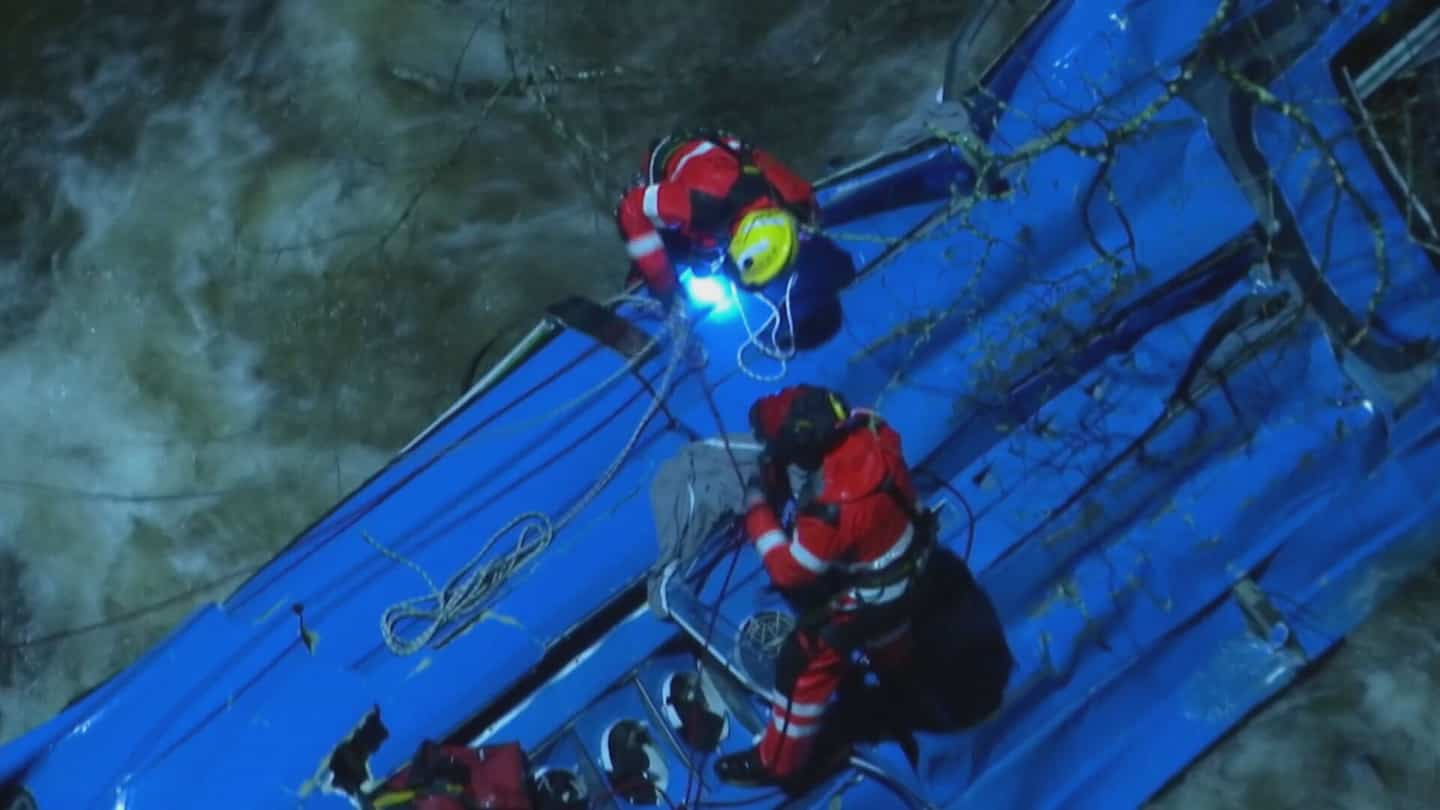 Rescuers were hard at work on Sunday to find survivors after a spectacular bus accident fell into a river from a bridge in northwestern Spain, which left four dead and one or two missing.

According to local authorities, at least four people died in this accident which occurred on Saturday shortly before 9:30 p.m. (3:30 p.m. Quebec time) in the town of Cerdedo-Cotobade, located in Galicia near the border between Spain and Portugal, on Christmas Eve.

The first two victims were found overnight from Saturday to Sunday near the wreckage of the bus, along with two other people rescued alive, including the driver of the vehicle, who were hospitalized.

The other two bodies were found late Sunday morning by the emergency services. One of them could be rescued, while the second, located dead, had not yet been recovered Sunday noon, according to a spokesman for the Civil Guard.

According to this spokesman, one to two people are still missing. "The figure is not yet known precisely" because the driver "has a doubt" about the number of people who were in the bus at the time of the accident, he told AFP.

According to the authorities, the four people who died are a young woman of Peruvian nationality, who worked for an elderly person in Galicia, and three people of Spanish nationality, living in the region.

According to the rescue services, who posted on Twitter an impressive photo of the wreckage, plunged to the bottom of a ravine in a rushing stream among tree trunks, the accident took place in a difficult place. access, complicating rescue operations.

There is under the bridge "a fairly significant drop", of the order of "thirty meters", confirmed the spokesman for the Civil Guard. In a press release, the emergency services spoke of a drop reaching “75 meters”.

It was a motorist who gave the alert after noticing that the safety rail was destroyed on the bridge where the accident took place. Rescuers then received a call from inside the bus, which allowed them to locate the wreckage in the river called Lérez.

Due to "unfavorable weather conditions", marked by intense rains that suddenly increased the flow of this river, the search had to be temporarily suspended overnight, the emergency services said in a press release.

They resumed Sunday at dawn with significant resources sent as reinforcements, according to the spokesperson for the Civil Guard. Among them are mountain rescue units, cavers and divers, he said.

An investigation has been opened to determine the causes of the accident, which are not yet known. According to the Civil Guard spokesperson, the driver of the bus is an experienced driver. He also tested negative for alcohol and narcotics.

According to the regional daily La Voz de Galicia, among the passengers of the bus were people who came to visit relatives detained at the Monterroso penitentiary center, in central Galicia, on the occasion of Christmas Eve.

On Twitter, the president of the region of Galicia Alfonso Rueda, member of the Popular Party (PP, right), sent his “condolences to the families of the deceased” and thanked the rescue teams for their “difficult work”.

1 Forced to sleep at Walmart because of the storm 2 Weather in Quebec: the bad weather is still being... 3 Series for all tastes to see in bursts on the Vrai... 4 In his first Christmas message, King Charles III advocates... 5 JFK Airport: Electronic device causes plane fire 6 British Columbia: 53 people hospitalized after a bus... 7 [PHOTOS] The stars celebrate Christmas and share pretty... 8 [PHOTOS] The cute little prince Louis at the Christmas... 9 A 28-year-old man is wanted in Shawinigan 10 Flyers: Carter Hart on the floor? 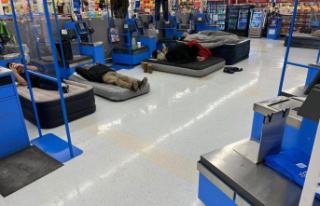 Forced to sleep at Walmart because of the storm