[IN IMAGES] Landslide in Saguenay: the evacuation perimeter could expand

The perimeter of houses to be evacuated, in the borough of La Baie, could increase beyond 21 houses, the day after the major landslide that carried away a house at the bottom of a cliff. 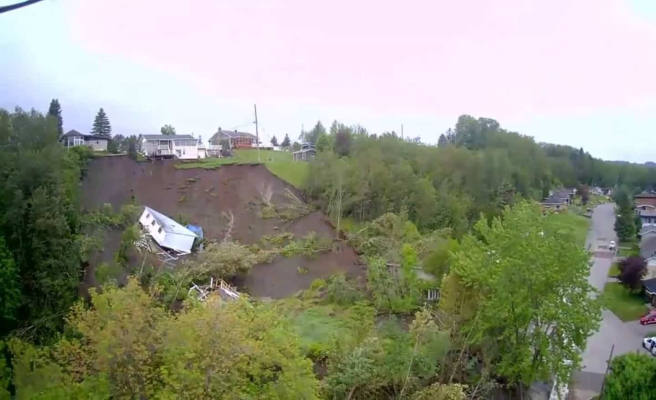 The perimeter of houses to be evacuated, in the borough of La Baie, could increase beyond 21 houses, the day after the major landslide that carried away a house at the bottom of a cliff.

• To read also: [EN IMAGES] Landslide: a house washed away and 21 others evacuated in Saguenay

On April 26, the authorities of the borough of La Baie, in Saguenay, evacuated five residences – notably on 8th Avenue – following a major crack reported by a citizen.

“We had reached the expertise of the environment, namely the interventions to be made to secure the premises and that the residents can find their residence. But here, I will admit that the data changed this morning, ”says Raynald Simard, president of the borough.

Mr. Simard indicates that mudslides “which we did not expect” are a game-changer and all the work has to be redone.

“Everything is to be revalidated, he drops. We are evaluating whether the security perimeter should be extended.

Rain in the dock

The Bay received significant amounts of rain on Monday in the middle of the day. The borough president suspects they contributed to the 8th Avenue disaster.

“There are many places where the streams have overflowed, calvettes have clogged, there have been many flooded basements and damage to rural roads,” continues Mr. Simard.

The citizens concerned will be met in the morning, in order to take stock with them of the situation. The Ministry of Transport must also determine, this afternoon, if the perimeter of the house to be evacuated must be widened.

Other showers are expected in La Baie in the coming days, which is not without worrying the authorities of the borough.

“There are several sectors at risk, but not as dramatic,” observes Mr. Simard.

He explains that the topography of the borough is on uneven terrain.

However, the sites have been analyzed every year since the flood in 1996, which makes it possible to take the appropriate actions to avoid disasters.

Mr. Simard is also delighted with the actions taken a few weeks ago, on the site affected by the landslide. Homes had been evacuated and concrete blocks - installed at Easter - did the job of holding back the flow.

“Look, this morning, we have no one injured or dead, he rejoices. The worst has been avoided".

For now, it is too early to say how the victims will be able to claim an amount for the loss.

During the floods that occurred in Beauce in particular, in 2019, the Minister of Public Security, Geneviève Guilbault, went there and announced a new compensation program for the victims. She did not advance on the admissibility of the affected Bairiverains.

"There are financial assistance programs, but we must first see if they apply in this case or if the damage is insurable," explained Minister Geneviève Guilbeault, who has no intention of time to go there.

– With the collaboration of Martin Lavoie

1 COVID-19: Quebec records 7 new deaths and a decrease... 2 WHO to assess whether monkeypox represents an 'international... 3 Gang rape: Hockey Canada leaders will have to explain... 4 The Alouettes acquire a running back 5 Amber Heard stands by 'every word' of her... 6 Eating local can reduce the grocery bill 7 An exceptional heat wave spreads over France 8 Vladimir Putin: the passion of the conspirators? 9 She shares her heart that looks like cookie dough... 10 Increase in the number of reports to the DYP 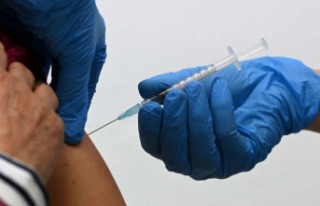