[IN IMAGES] Landslide: the impression of replaying in the same sad film

The landslide that completely destroyed a residence in the La Baie sector in Saguenay on Monday evening looked like a sad deja-vu for many local residents who lived through the 1996 flood. 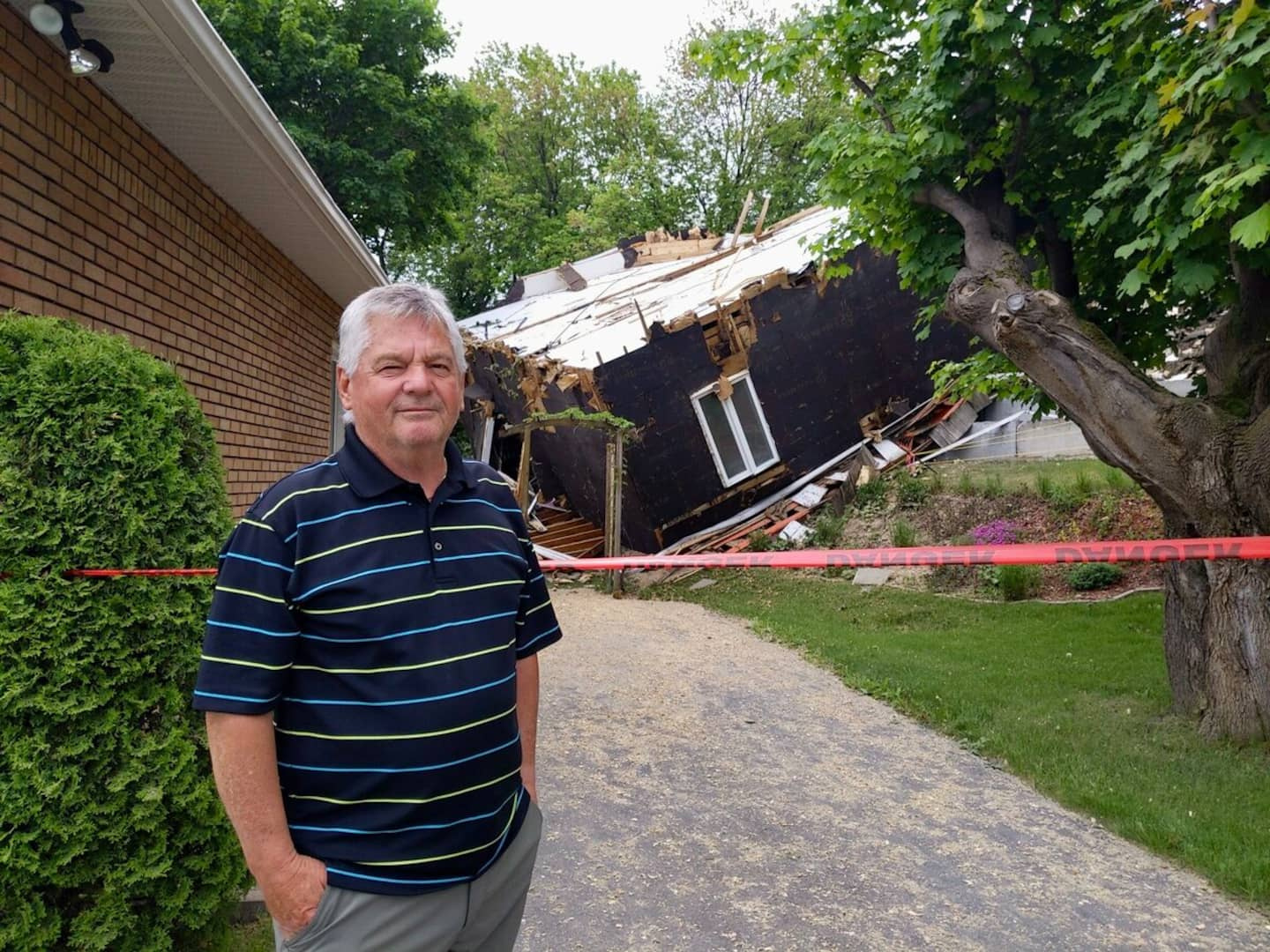 The landslide that completely destroyed a residence in the La Baie sector in Saguenay on Monday evening looked like a sad deja-vu for many local residents who lived through the 1996 flood. precipitation is expected in the next few days.

• To read also: [EN IMAGES] Landslide: a house washed away and 21 others evacuated in Saguenay

• To read also: [IN IMAGES] Landslide in Saguenay: the evacuation perimeter could expand

It's as if Mother Nature wanted to give a sad reminder of her strength to the inhabitants of La Baie on Monday evening, shortly before 8 p.m., almost 26 years after the deadly landslide that killed two children in July 1996

Serge Carrier was quietly listening to TV in the basement of his residence when everything started to shake and a deafening noise invaded the house. Quickly, he understood what was happening.

"It's as if a dozen big ten wheels were climbing the hill forcing, it was shaking," says the man who had a narrow escape with his wife. If the city had not built a low wall of concrete blocks that held the house of its neighbor upstairs, his residence would also have been destroyed.

“We were leaving with it, it’s not complicated. We were going through it,” Mr. Carrier thinks, still in shock the day after the disaster.

A flood victim makes the difference

And this famous wall which probably saved lives on Monday evening, it was the company of Pierre-Michel Poulin who built it at the request of the city. The last few hours have brought to the surface very bad memories for the man who lost the family farm, completely destroyed by the floods of the Flood in July 1996.

From Monday morning, he had the feeling that a misfortune would strike, he who had already been there.

“When I saw the rain in the morning, I told my wife something was going to happen. It was the same rain as the deluge, ”says the man who came to see the extent of the damage on Tuesday at the end of the day.

“I fully understand what these people are going through. They lost everything. It's the same as the rest of us," sighs the man.

The father of the owner of the destroyed residence confided that his son was going through very difficult times.

“It bothers us a lot, we put a lot of time into it. It's been four years since my son bought it and we had completely renovated it, we had completely redone the interior. Rebuilt a garage...”, explains Carl Brisson, adding that the small family of five children had a narrow escape in a way. “If the five children had been there, it was done. Nobody would have gotten out of there”, evokes the man with emotion.

Citizens of residences evacuated at the top of the embankment are also still in uncertainty as their homes dangerously skirt the edge of the abyss.

Camil Gilbert spent his youth in the house which was pulverized. He could hardly believe the sad scene he had before his eyes on Tuesday.

"It's a lot of memories for me. It was my father who built the house”, he underlined, adding that the outcome was a surprise for himself if a first crack had already appeared thirty years ago.

“My father had been evacuated for two or three weeks during the works. […] And there, we said to ourselves again that it was a small crack, but when I saw what happened, ”he adds, struggling to complete his sentence.

Behind him, in the rubble, personal effects and furniture that show that the residence was indeed inhabited before the city chose to evacuate it as a precaution a few weeks ago. For all the people met on Tuesday, it was clear that the region had just avoided another tragedy.

– With the collaboration of TVA Nouvelles

Victims of the 24 houses evacuated following the landslide were able to recover personal effects accompanied by firefighters yesterday evening. For a small number of them, it was perhaps a sad farewell to their residence as uncertainty hangs over two or three houses.

"We're sad, it's difficult," dropped a resident of the Avenue du Parc roundabout, located at the top of the huge chasm left by the landslide. “This may be the last time we set foot inside,” she whispered to a friend who came to help her and her husband recover important goods, some souvenirs and some food.

Taking a look at the cliff that has been created, we quickly understand that the couple and the two neighboring houses narrowly escaped the landslide that mowed down another residence located lower down.

The owner of one of these houses was on her terrace when the ground gave way, according to her neighbors. This same terrace now hangs partly in the void.

"She, she had a narrow escape," confided a local resident, adding that the lady was panicked in the moments following what could have turned into a tragedy.

The weather for the next few days will be crucial for those people who fear the worst. Environment Canada forecasts showers tomorrow and Friday for the Saguenay region, which has already received astronomical amounts of rain since the beginning of June.

According to the latest data, the region received 144 millimeters of rain in 13 days, while the average for the month usually hovers around 90 millimeters.

The authorities indicate that work should be undertaken today to ensure the solidity of the concrete wall which currently holds the overturned house as well as the large quantity of soil accumulated at the bottom of the embankment.

“We will have several analyzes to do. We are going to do some drilling to see the extent of the damage and assess what can be done”, explained in the evening the chief of operations of the Saguenay Fire Department, Sylvain Bouchard, adding that a dozen other sites were “ under observation" in the city and that other evacuations could follow.

Three residences were also evacuated in Saint-Fulgence due to the risk of landslides.

1 The modest architect of a dynasty 2 The English bulldog suffers from the mouth making... 3 Washington extends sanctions waiver for Russian energy... 4 "Buzz Lightyear" and its kiss between two... 5 Humidex 38 with risk of severe thunderstorms in southwestern... 6 Sex tourism at the Grand Prix: "We can't... 7 Ricova challenges the decision of the City of Montreal... 8 The CMM wants to protect its golf courses 9 The caribou strategy does not only concern ecologists,... 10 Landslide in Saguenay: the authorities meet the victims... 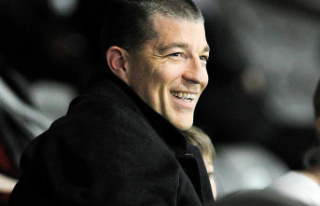 The modest architect of a dynasty