[IN PHOTOS] Viva San Fermin! Return of the party to Pamplona after a two-year break 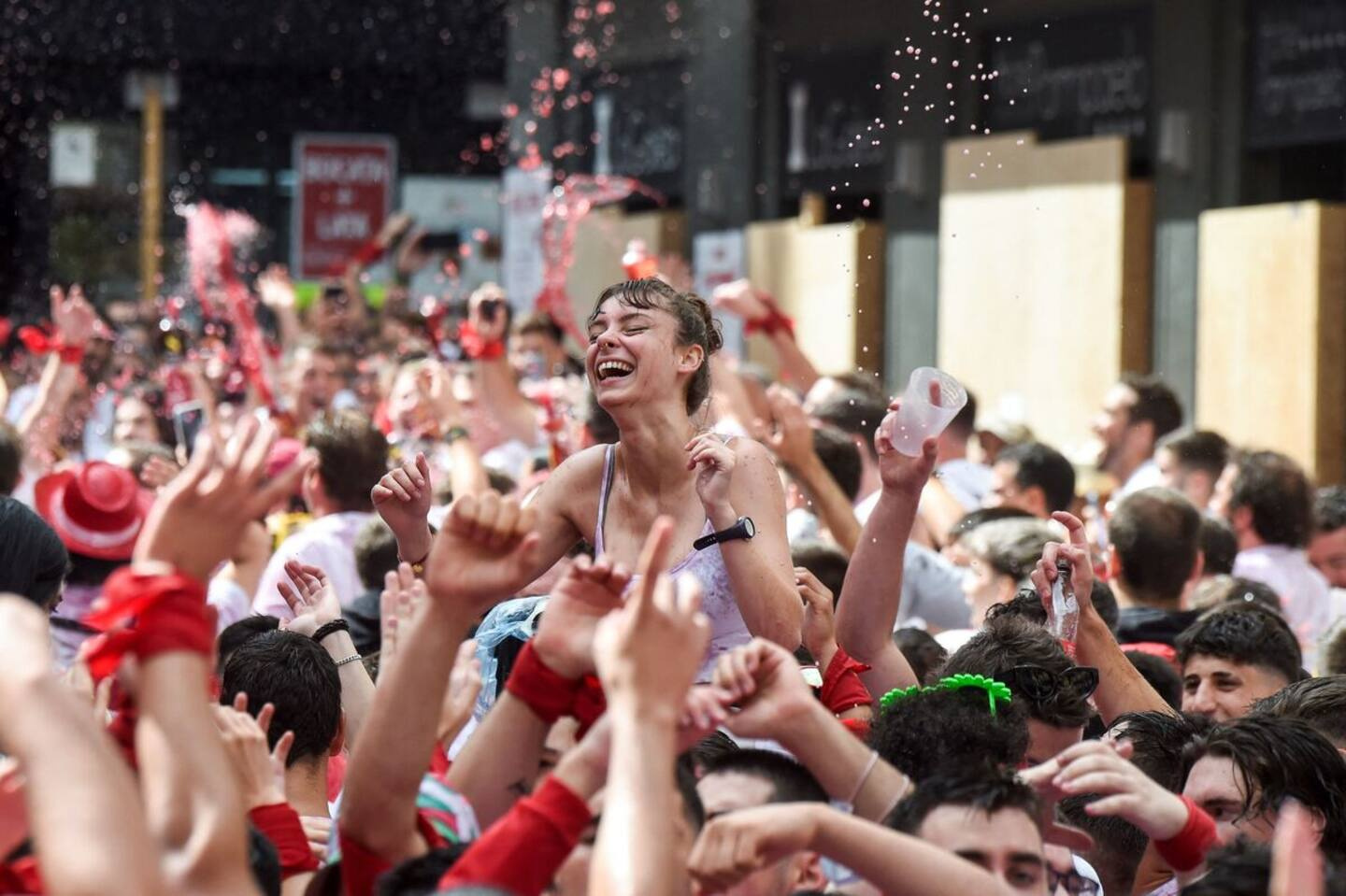 “I had never seen anything like that”. A red and white human tide invaded Pamplona on Wednesday to celebrate the long-awaited return, after two years of the pandemic, of San Fermin, a festival known worldwide for its bull releases.

The traditional “chupinazo”, a rocket fired from the balcony of the town hall above a crowded square, marked at noon sharp (10 a.m. GMT) the start of nine days of festivities in this northern city. from Spain.

Dressed in white with a red scarf around their necks, as tradition dictates, thousands of revelers from all over the world shouted “Viva San Fermin!” splashing himself with wine and sangria, under a light drizzle.

“Never mind the rain. Seeing the square filled again is great,” enthused Saioa Guembe Pena, a 54-year-old civil servant whose white T-shirt was already turning pink because of the wine.

"It's part of the city's identity and after two years (of stopping), we missed it," added David Navarras, a 27-year-old Spanish student.

The San Fermin, whose origin dates back to medieval times, had been canceled in quick succession in 2020 and 2021 due to the COVID-19 pandemic, an unprecedented event since the Spanish Civil War (1936-1939).

Immortalized in 1926 by Ernest Hemingway in his novel "The Sun Also Rises", it attracts crowds of foreign tourists, especially Anglo-Saxons, every year.

“A lot of alcohol”

"It's crazy, I've never seen anything like this," said John Lupson, a 22-year-old Australian student who came to Spain especially for San Fermin. "Everyone is having a blast, drinking a lot of alcohol, everyone is on each other's shoulders, shouting, singing."

Early Wednesday morning, the participants were already starting to drink in the courtyards of the buildings or in the alleys of the city whose cobblestones were already strewn with bottles of sangria.

An open-air drinking spot, the San Fermin fiestas, held every year from July 6 to 14, are best known around the world for their bull runs or “encierros”.

Every morning at 8 a.m., hundreds of people - very trained or on the contrary very drunk - try to get as close as possible to six fighting bulls during an 850-meter race through the cobbled streets of the city, which s ends in the bullring where these bulls are then put to death in the afternoon by the big names in bullfighting.

“My mother is scared”

The first release, which is usually the one that brings together the most participants, will take place on Thursday morning.

Eric Kline, a 23-year-old graduate engineer from the American city of Atlanta, has planned to take part. "I watched videos of bullfights online to prepare myself" but "my mother is scared," he says.

The "encierros" cause dozens of injuries and sometimes deaths every year.

Since 1911, when data began to be compiled, at least 16 runners have died. The last death dates back to 2009 when a bull gored a 27-year-old Spaniard.

Local authorities have stepped up measures to prevent sexual violence in recent years after the 2016 San Fermin gang rape of an 18-year-old woman by five men who filmed their actions and bragged about them on a WhatsApp group called "La Manada" (The Pack).

This case had led to massive feminist demonstrations after the men were sentenced in 2018 to nine years in prison for sexual abuse and not for rape and their provisional release.

In June 2019, the Spanish Supreme Court had finally reclassified the facts as rape and increased their sentence to 15 years in prison.

The “la Manada” affair also prompted the leftist government to introduce a bill on explicit sexual consent – ​​called “only a yes is a yes” – which passed its first reading by MPs in May.

1 South Africans will remain without electricity for... 2 Dominique Ducharme had offered a job to Martin St-Louis 3 New ambassadors for the Canadiens 4 Guitarist Santana "forgets" to eat and drink... 5 C.R.A.Z.Y. will be released in Japan on July 29 6 What if Google paid you for your data? 7 Highland Park shooting: Shooter 'seriously considered'... 8 "My discussions with Patrice went well,"... 9 Takeover of Shaw by Rogers: no progress with mediation 10 Cancer case in Rouyn-Noranda: Charette blames the... 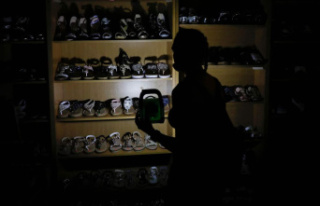 South Africans will remain without electricity for...