In Saudi Arabia, the "Ronaldomania" has begun

Cristiano Ronaldo has only been a player for Saudi club Al-Nassr for a few hours, but already Abdulmohsen al-Ayyban and his son, like many others, have bought their favorite team's jersey bearing the Portuguese star's name and its iconic number 7. 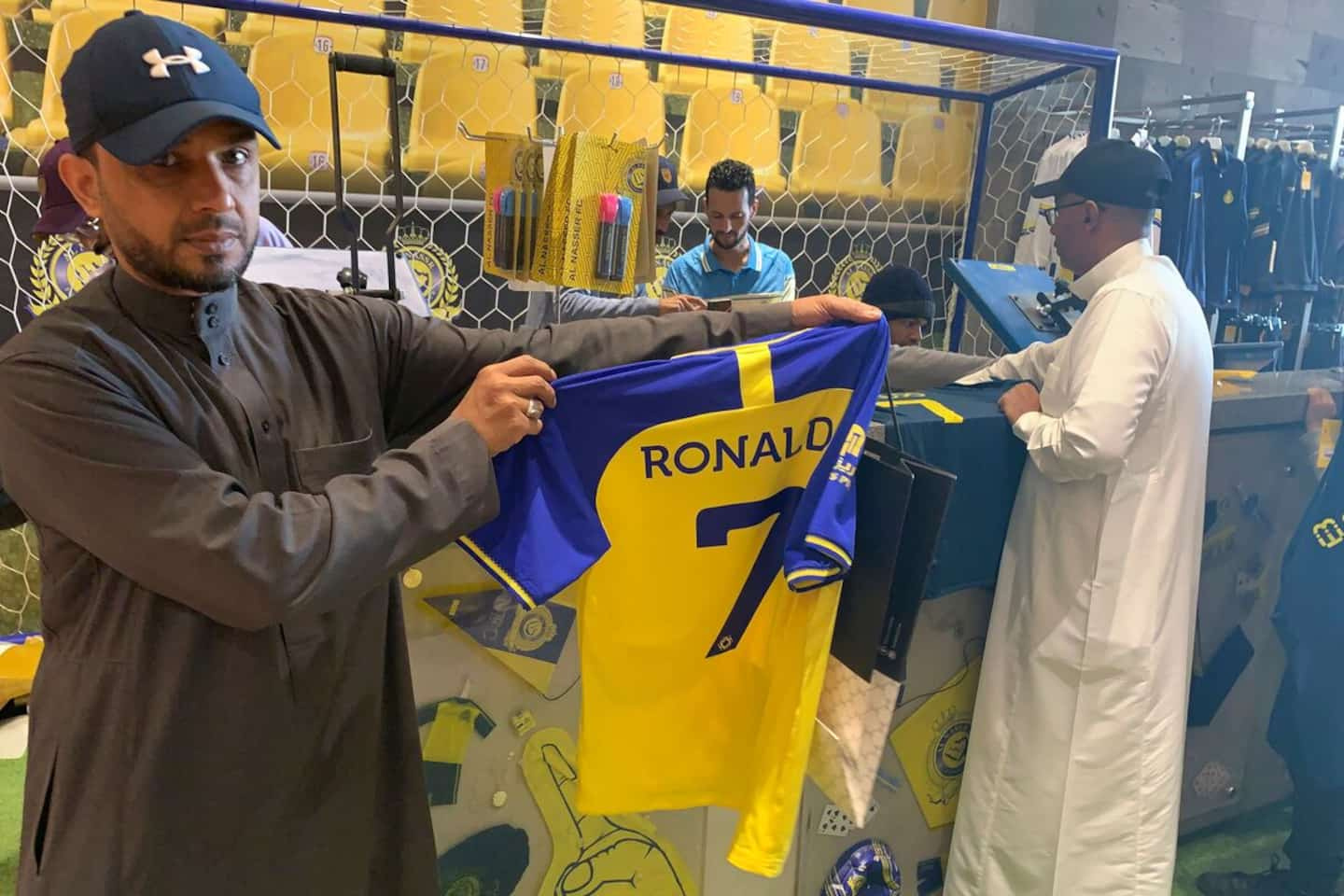 Cristiano Ronaldo has only been a player for Saudi club Al-Nassr for a few hours, but already Abdulmohsen al-Ayyban and his son, like many others, have bought their favorite team's jersey bearing the Portuguese star's name and its iconic number 7.

"We are living in a historic moment," enthuses AFP Mr. Ayyban, 41, who is waiting with his son Nayef, 9, for the famous blue and yellow jersey in the official club store crowded with fans.

This reinforcement of choice "will raise the level of the Saudi championship", he assures, convinced, like many of his compatriots that the presence of Ronaldo will create an emulation which will allow Saudi Arabia to win the organization. of the 2030 World Cup.

Nayef only has eyes for his club.

"I always wanted Al-Nassr to sign the best player in the world," he told AFP. “Now that it's done, he continues, I will attend all his matches at the stadium”.

If Ronaldo, 37, signed his two-and-a-half-year contract with Al-Nassr in Madrid and a staggering salary of 200 million euros, the five-time Ballon d'Or should quickly join his new teammates.

As of Thursday, according to a manager who speaks on condition of anonymity, the question is so sensitive in the country which makes a fanfare entry on the map of world football with this resounding transfer.

For many in the kingdom, 2022 is definitely the year of Saudi football: "CR7" will soon play in the Saudi Arabian Championship and the national team has had the luxury of beating (2-1) in its first 2022 World Cup match in Qatar Lionel Messi's Argentina, future world champion.

As of Friday, when in the Saudi press began to leak the imminent signing of Ronaldo, the Al-Nassr store began to be stormed by Saudi fans, but also Lebanese, Egyptian or Chinese expatriates, tells the 'AFP his boss, Abdelqader.

"I've never seen that in my life," he says, flabbergasted as stocks melt, forcing customers to come in their own jerseys just to add the flocking.

Given the crowds, most will have to wait up to two days to collect the precious tunic, he warns.

"I've been a fan of Ronaldo since I was little, and now the Saudi club that I support has bought him: I'm doubly happy," said 23-year-old student Mohammad al-Johni.

“This purchase confirms the importance of Al-Nassr, wants to believe Rakan Mohammad, 21 and also a university student. The impatience and the expectations are at the maximum”.

Without a club since the termination of his contract with Manchester United at the end of November, the five-time winner of the Champions League, passed by Manchester United (2003-09 and 2021-22), Real Madrid (2009-18) and Juventus Turin ( 2018-21), took everyone on the wrong foot.

And Al-Nassr is already starting to feel the effects: the number of his social media followers has exploded within hours. On Instagram, they went from 800,000 to four million.

"We felt the impact of this recruitment even before Ronaldo arrived in Saudi Arabia and it will continue to grow," 19-year-old Ahmed Al-Zabani told AFP.

On Instagram, some are already fully exploiting the vein: "the dream has come true", proclaims a store that prints Ronaldo T-shirts in the colors of Al-Nassr.

Below the post, customers rush in, specifying their size for their order.

In the midst of the excitement, on Twitter, a Saudi Internet user is already thinking about the future.

Beneath the picture of Ronaldo showing off his new Al-Nassr jersey, he captioned: 'a picture for the history books'.

1 A shower of shooting stars to start 2023 2 Trois-Rivières: one person dies in fire on New Year's... 3 Longueuil: a 17-year-old teenager is missing 4 Farewell 2022: the world passes in 2023 5 A manager of the Bordeaux prison relieved of his duties 6 A first holiday season in Saguenay for Ukrainians 7 Michael Pezzetta and Chris Wideman will play against... 8 Tua Tagovailoa: the protocol would have been respected 9 World Juniors: another victory for the Swiss in a... 10 In his spiritual testament, Benedict XVI asks for... 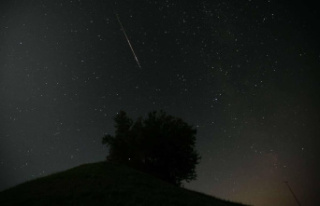 A shower of shooting stars to start 2023