In the campaign, Macron asks for a majority in the legislative elections

Three days before the first round of legislative elections in France, President Emmanuel Macron on Thursday called on the French to give him "a strong and clear majority" by dismissing the radical left and the far right back to back. 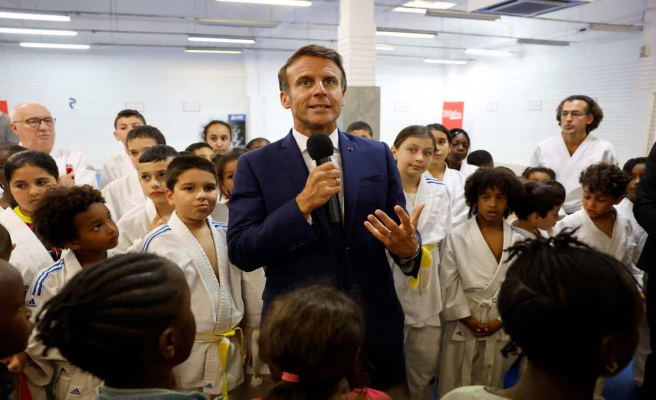 Three days before the first round of legislative elections in France, President Emmanuel Macron on Thursday called on the French to give him "a strong and clear majority" by dismissing the radical left and the far right back to back.

• Read also: Legislative in France: Macron targets the leader of the radical left

• To read also: Sunday evening, the first round

Without naming them expressly, Mr. Macron attacked the leader of the radical left, Jean-Luc Mélenchon, and the far-right candidate, Marine Le Pen, who want, according to him, in particular "to reconsider the alliances which like NATO ensure collective security and protect the people" at a time "when I am speaking with Russia which is massacring civilians in Ukraine".

“The extremes today propose to add crisis to the crisis by returning to the great historical choices of our nation”, launched the French head of state, dramatizing the issue of the ballot from Puycelsi, a small village. rural in the south-west of France.

He also denounced their desire to "question Europe, which protected us during COVID, Europe without which we would not have had a vaccine".

Mr. Macron's speech sounded like a call for mobilization, at a time when an alliance of left-wing parties under the leadership of Mr. Mélenchon could threaten the absolute majority of Mr. Macron's party and his centrist allies in the Assembly national.

The absence of such a majority would complicate the path of the reforms that the president wishes to undertake for his second term, on pensions in particular.

Referring back to back the left and the far right, he felt that they represented "disorder" for France and said he wanted to "alert the French to the importance of choice" during these legislative elections.

-Relative or absolute majority- "Nothing would be more dangerous than to add to the world disorder a French disorder that the extremes propose", he said, also criticizing their economic projects.

The response from the leader of the radical left was quick: "It is not up to the president to lead the legislative campaign", declared Jean-Luc Mélenchon, regretting "all kinds of unnecessary aggression" reflecting a "febrility" .

The French must renew the entire National Assembly, i.e. 577 deputies, during a majority ballot in two rounds, on June 12 and 19, a month and a half after the re-election of President Macron on April 24 against Marine Le Pen .

The main issue is whether Mr. Macron will have a relative or absolute majority in the Assembly and the weight of opposition, particularly on the left.

However, according to the latest polls of the first round on Sunday, the alliance of Mr. Mélenchon would obtain 28% of the voting intentions against 27% for the party of President Macron and his allies, the party of Marine Le Pen arriving far behind in third position. .

Mr. Macron took advantage of this trip, focused on security in rural areas, to detail the main lines of his program for the second five-year term, in particular to "double" the presence of the police on public roads from here. the end of the decade, "which is a small revolution".

He also protested against the comments made by Jean-Luc Mélenchon on "the police who kill" in France, after the death of a young woman killed when police fired on a car in Paris on Saturday.

“There are things that, from where I am, I cannot accept, it is that we insult those who risk their lives to protect ours”, declared the French president.

Previously, in the town of Gaillac on Thursday morning, Emmanuel Macron was arrested by a young woman about two ministers accused of violence against women.

The liberation of speech, “I accompanied her and I will continue to accompany her, to protect her. At the same time, to function in society you must have the presumption of innocence,” he replied.

The cries of "liar" and a "you are abominable" then sounded.

1 The James Webb Space Telescope suffered a micrometeorite... 2 Teen stabbed to death, boyfriend arrested 3 A contract for Gabriel Dumont 4 Inflation: Canadians struggle to meet their expenses 5 Sports betting: the Avalanche at the head of the pack 6 Lufthansa cuts 900 flights this summer for lack of... 7 COVID-19: the thesis of a lab leak deserves further... 8 30 years of crime and 56 victims: start of the trial... 9 COVID-19: No more emergency assistance programs for... 10 Missed appointment for the CAQ and the First Nations 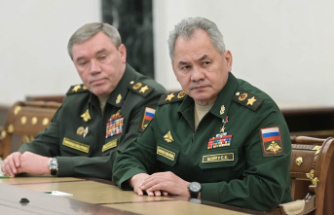 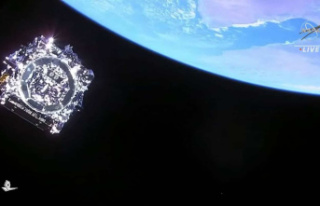