In Ukraine, the children of the front line

She stands by the side of the road, a small fluorescent pink figure in the ruins and the gray mud, watching for the passage of the Ukrainian soldiers who always have a small gift for children like her, who have remained in the chaos near the front. 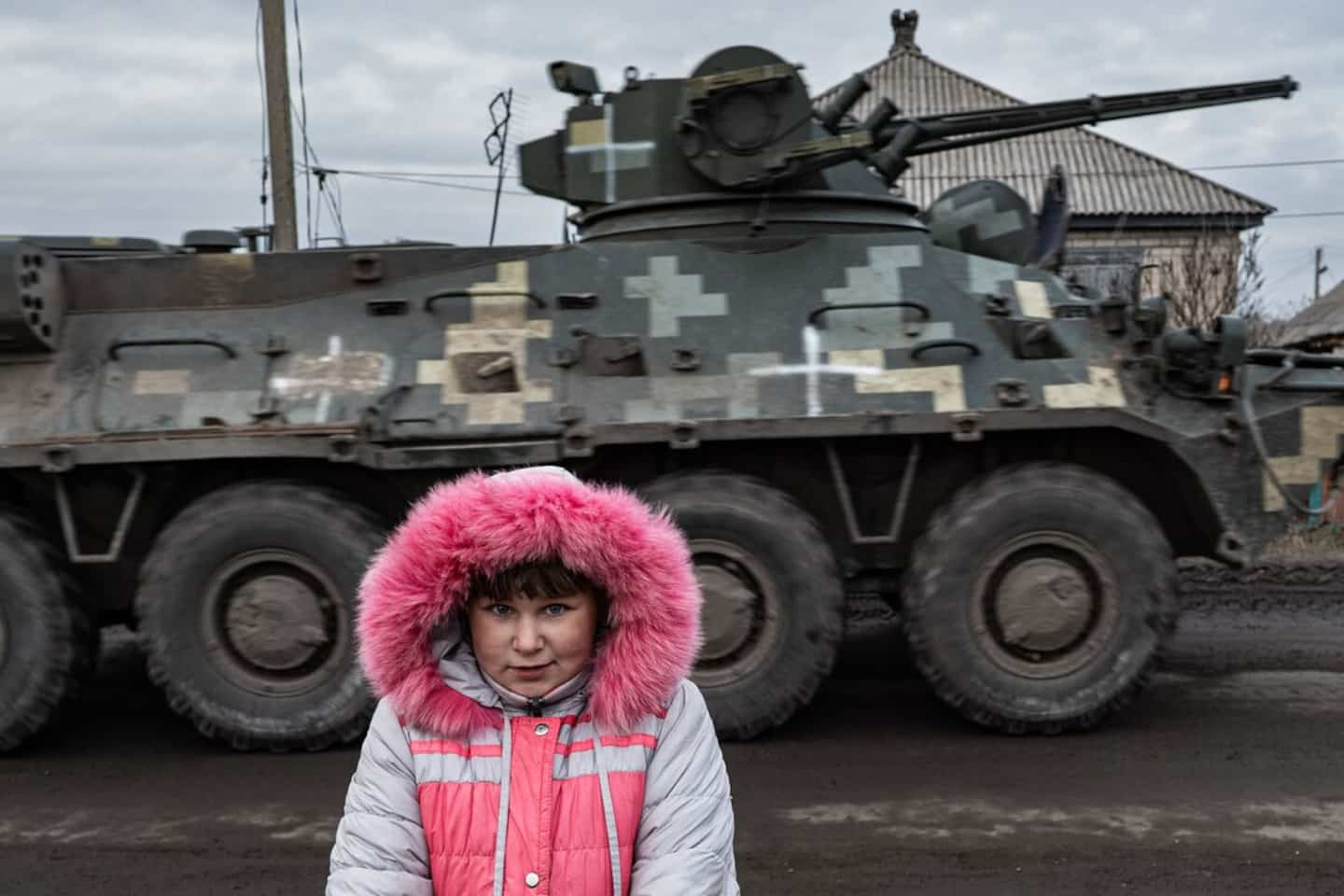 She stands by the side of the road, a small fluorescent pink figure in the ruins and the gray mud, watching for the passage of the Ukrainian soldiers who always have a small gift for children like her, who have remained in the chaos near the front.

• Read also: Moscow carried out more than 4,500 cyberattacks against Ukraine in 2022, Kyiv accuses

• Read also: Ukraine calls for the exclusion of Russia from the UN

Lisa Chtanko is 8 years old, with mischievous blue eyes and filthy little hands. She lives with her parents in a house by the side of the road at the entrance to Lyman, a town in the east that has been almost destroyed and surrounded by forests transformed into minefields, where she is strictly forbidden to venture.

The area was reconquered by Ukrainian forces in October, after four months of Russian occupation, but the war continues, a strike fell in the morning near his house.

Behind the joyful tone of the little girl, the shock is perceptible in her disjointed remarks, where she evokes pell-mell the gifts of the soldiers, the explosion which threw her out of bed, her mother's cooking and the splinters which perforated the door of the house.

"Today I'm not in a good mood because of the bombardments," Lisa apologizes.

Viktor, her father, covers her with his eyes. "Of course she's scared. There is nothing scarier than death lurking around you. But she is fine with her dad,” smiles this 42-year-old electrician, who will give his daughter a Christmas toy donated by one of the humanitarian associations that criss-cross the region.

In devastated Lyman, where those who remain live in the cellars of destroyed buildings, there are hardly any children left, only old people. Most of the families have fled and have "no reason to return", says Kostia Korovkin, father of a 6-year-old little Nastia, hidden behind him. The man says he has nowhere to go.

Without a friend to play with, Nastia spends her days between the basement and the street a few steps away with the neighborhood dogs. She sometimes goes up to the 6th floor of the building, the only point where you can catch a bit of internet, to follow an online lesson.

In front of the entrance to the building, a resident has installed a small Christmas tree and hung a few candies from the branches, “but there are no more children to pick them up,” he says.

"I don't think about my future"

Another cellar, another city. But here, the war does not just lurk, it strikes, night and day. Bakhmut, one of the hottest spots on the eastern frontline, is being relentlessly pounded by Russian artillery and Ukrainian soldiers fighting there call it "hell on earth".

"Hello, I'm Gleb". At the back of a converted cellar where around twenty people have been living for eight months, a 14-year-old teenager with the serious face of a small man, close-cropped hair and a ring in his ear, holds out a firm hand to visitors. He is the only minor, all the other children are gone.

His days are spent almost exclusively in the cellar. He sleeps late, helps the elderly, takes care of the black kitten who has found refuge in the shelter, where the noise of the explosions ravaging the city reaches.

"I learned to recognize incoming shots and outgoing shots," says Gleb Petrov, whose ultimate dream is to "go out for a walk with a friend."

To kill time, he draws - "I don't show them, but I like them" -, tries to read the books of grown-ups, plays on his telephone when there is electricity.

"I don't think about my future, because I don't know what's going to happen in an hour, in two hours, or tomorrow," the boy said.

Dozens if not hundreds of children are still stuck in Bakhmout, their parents unable or unwilling to leave.

"These children have already become adults," sighs Katherine Soldatova, a volunteer with an association that has set up a shelter in the basement of a school. "A Christmas tree, a TV, warmth... Everything so that they can feel a little bit safe."

But making the trip to the shelter is extraordinarily dangerous. Two civilians have been killed in recent days on the way.

It is, however, a daily routine to which 12-year-old Volodymyr clings. “We eat at home, we come here. Three times a day,” says the kid, eyes lost.

“These children are in a situation of permanent insecurity. The world can betray them at any second, everything can be destroyed in an instant,” explains psychologist Alona Yukiantchouk, from the Ukrainian organization SOS Children's village. "The difficulty is that their parents are also stressed, focused on surviving."

This chronic stress “affects concentration, cognitive resources” and can lead to serious medium and long-term disorders, underlines the psychologist, who however refuses to speak of a lost generation.

“I will try to be a little optimistic. There is no safe place in Ukraine, but only a small percentage of children live on the front line. They will need to be followed, but I'm sure many will find the resources”.

1 Olivier Rodrigue continues to progress 2 Patrick Kane is troubled by his production 3 “The Taliban have taken away all our hopes”, says... 4 Spengler Cup: Early loss for Canada 5 In the UK, artificial intelligence reduces the after-effects... 6 Sports betting: Tuesday's best offers on Mise-o-jeu 7 NHL: three rookies among the elite 8 The Benefits of Walking: Preventing Cancer One Step... 9 Here are the best (and worst) hot chocolates 10 Nearly 100 active Starlink internet terminals in Iran,... 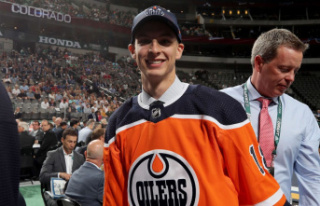