ING earns 32.5% less until September and launches a share buyback plan of 1,500 million

ING Group obtained a net profit of 2,586 million euros in the first nine months of 2022, which represents a decline of 32.5% compared to the result recorded by the 'orange bank' in the same period of the previous year, according to The entity has informed that it will carry out a repurchase program of its own shares for an amount of 1,500 million euros.

ING's accounts reflect the adverse impact of the new regulation in Poland for mortgages, with a negative effect of 343 million, and of hedge accounting in Belgium, which subtracted 288 million euros.

Likewise, the entity reported that in the third quarter it provisioned 403 million euros for credit risk, in contrast to the 39 million reserved a year earlier. Thus, in the first nine months, ING increased its provisions to 1,592 million, compared to 170 million in the same period of 2021.

"We are on track to meet our financial targets as communicated in June," said Steven van Rijswijk, CEO of ING. "I am confident that we are well positioned to meet the challenges and capture the opportunities that lie ahead," he added.

On the other hand, ING has reported this Thursday the launch of a program to buy back its own shares for a maximum amount of 1,500 million euros, adding that "any remaining amount of the program after December 31, 2022 will be paid in cash to shareholders on January 16, 2023".

1 ANNOUNCEMENT: Handheld launches a new 10-inch ultra-rugged... 2 ANNOUNCEMENT: MFP Technology Services Extends Partnership... 3 The Ibex 35 wakes up with a 1% drop and clings to... 4 COMMUNICATION: Five years have passed since the start-up... 5 Social Security gains 103,500 affiliates in October,... 6 Spain received 7.8 million tourists in September with... 7 The price of housing rose 7% year-on-year in October,... 8 Sánchez highlights the unemployment and affiliation... 9 UGT affirms that the labor reform is ending the precariousness... 10 USO says employment is still "afflicted"... 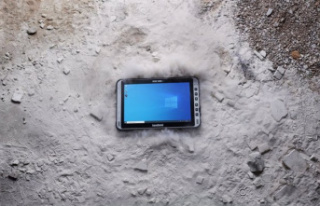