ROBERVAL | At five, he “hated” water. 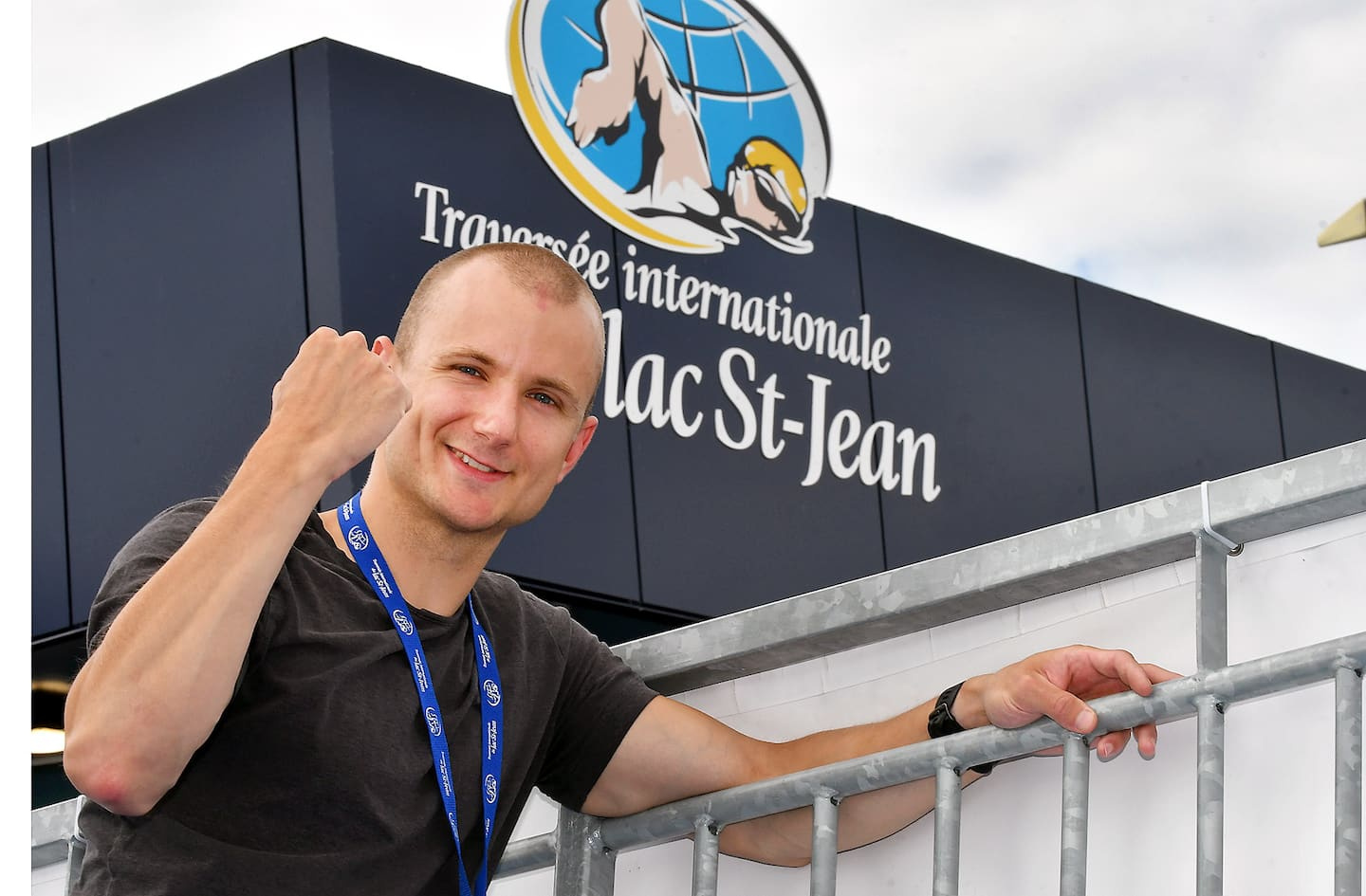 The Traversée internationale du lac St-Jean returns this year in its usual format. It had been canceled in 2020 due to the pandemic and only three Quebec swimmers had taken part in the reduced format race in 2021.

This return to normal finally allows William Racine, an athlete from Beauport, to try his luck, he who had gotten into the idea of ​​participating in one of the most prestigious open water swimming races on the planet. barely three years ago.

The course of the young man of 26 years is surprising. Let's just say he's gone a long way. From far away.

“When I was young, I was not really athletic. I hated water. I was really afraid of the lakes, ”he confides, installed in the stands where the spectators will cheer the swimmers this afternoon in Roberval.

Fortunately, his parents had the good idea to introduce him to water skiing at the family chalet on a lake in Ste-Aurélie, in Beauce, a stone's throw from the American border.

The experience allows him to dispel his fear of water, but he is far from feeling like a fish there.

“I never really swam until 2016. I could float, I could move, but I was a poor swimmer. At the Military College, I had a compulsory swimming class. I managed to pass it thanks to my endurance. »

It wasn't until 2018 that he signed up for an IronMan triathlon "on a whim." He had no choice but to take up swimming seriously.

"I went to the municipal swimming pool quite a bit all the time," he recalls.

Without a coach, he learns the techniques on YouTube and the internet.

“I am self-taught,” he admits.

The hard work eventually paid off.

“I developed a big passion for swimming. Most triathletes aren't too fond of water. They just want to survive. I like that. »

A stopwatch to beat

William Racine knows very well that he will not be on the podium at the end of his working day. He never swam for so long. But that's nothing to worry the soldier, a member of the third Battalion, Royal 22e Régiment. He has seen others.

“I know I'm tough enough to cross. The only thing that might affect me is that I won't be fast enough. »

Its main rival thus risks being the stopwatch. He will have two hours, once the winner hits the finish plate, to complete his race. He warns that he will have to go get him in the lake before he gives up his arms.

“I will give everything to get there. There's no way I'm giving up. Voluntary surrender is not an option,” he says convincingly.

Despite being diagnosed with ankylosing spondylitis in 2018, William Racine intends to be on the starting line for other endurance events in the future. He has no intention of letting his illness, which causes pain in his spine, pelvis and joints, stop him.

“I have arthritis, so what? I am able to train. I don't think it's something that should prevent me from having a sporting career and aiming high. »

The little boy who hated the water will enter the waters of the lake on Saturday morning, sure to overcome this challenge he set himself a few years ago.

“There is no longer any fear of water,” he swears.

And there is no doubt that he will demonstrate it again on Saturday morning.

A young swimmer from Saguenay who fell in love with open water swimming in the bay of Roberval is finally enjoying her dream, as she will begin her very first crossing of Lac Saint-Jean on Saturday morning.

Sitting at a table in Place de la Traversée, Émilie Tremblay smiles when we talk about the challenge she will face in a few hours. The young woman has long dreamed of it and is delighted to see that it will take shape where it all began for her.

“It was an open water swimming camp. I really liked that. […] I thought it was good to swim in conditions that were not always easy, ”says the student, who will begin studies in physiotherapy this fall at the Université du Québec à Chicoutimi.

Her open water swimming experience reminded her of family vacations on the American East Coast. Fond memories of Wildwood and Virginia Beach, where she “was always comfortable in the water, in the waves and in the cold water”.

“Swimming in open water reminds me of all that,” says the young athlete.

With a lot of confidence, but also a little naivety, she will launch an assault on the lake on Saturday morning, in Péribonka.

"I don't seem to realize that tomorrow I'm going to swim 32 km. The greatest distance I have swum is 16 km. […] It’s still one more step.

"I feel like I'm ready. And I feel like I just can't wait to swim, she continues. I just want to do it for fun. »

Exactly, there will be a lot of fun during the interview. That of realizing her dream, of course, but that of doing it in the company of those she loves.

Family, friends and loved ones will obviously be in the stands shouting to encourage him. Her father, Nicolas Tremblay, a volunteer for the event, will be at the helm of a boat with Emilie's lover and the swimmer's brother.

“It’s more of a festive and family event. It's less focused on me. It's not like a competition to perform. It’s almost like a family activity,” she laughs.

Émilie Tremblay is aware that she will not teach more experienced swimmers. One of the favorites of the day, the Argentine Pilar Geijo, had already won two victories at the Traversée, while the Saguenéenne had not yet tasted swimming in open water.

Completing the race will be his victory. " Oh yes ! she exclaims.

“Even the time limit, it will be tight a little bit. They can let us finish if we exceed [the time], but we are not classified. »

The organizers of the Traversée have been notified. She has no intention of giving up.

The 68th edition of the Traversée internationale du lac Saint-Jean will be of high caliber for its return to normal.

Despite the withdrawal this week of the 2019 champion, the Dutchman Marcel Schouten, the peloton brings together the crème de la crème.

14 swimmers will start from Péribonka on Saturday morning, unlike the 26 who are usually in the race. "But it's 14 of quality," warns the DG of the International Crossing of Lac Saint-Jean, Jérémy Bonneau. The Italian Edoardo Stochino, champion in 2018, as well as veterans Damian Blaum (Argentina) and Evgeny Pop Acev (Macedonia) should put on a good show. Among the ladies, Pilar Geijo (Argentina), a regular on the podium for more than ten years, will also be there.

“The level is very high in the men and very high also in the women. […] We are very happy with the caliber that there will be in the waters of Lac Saint-Jean, ”says Mr. Bonneau.

The decision of the Traversée organization to abandon the International Swimming Federation was the right one according to Jérémy Bonneau.

The event is now part of the Ultramarathon Swim Series organized by the World Open Water Swimming Association.

For ordinary mortals, the changes will be invisible, but for the Traversée team, this translates into significant gains, starting with equity in scholarships for men and women. Athlete scholarships have thus been increased from US$40,000 to US$55,000. “FINA asked us to give 60% of the scholarships to men and 40% to women, but this year, we are happy to arrive with fair scholarships. […] It’s crazy that in 2022 it was still like that, ”says Mr. Bonneau.

“[...] FINA was no longer the right vehicle to promote open water swimming. [...] We must build a new circuit that will be attractive to swimmers, ”he says.

Many sporting events have been shaken by the pandemic. Do not add the Traversée du lac Saint-Jean to this long list.

The event has never been in jeopardy even though it was canceled in 2020 and held in a very reduced format last year.

" This is exceptional ! At the start of the pandemic, it was our partners who contacted us to tell us that they would continue to support the event because it is important to them. We are pampered,” underlines Jérémy Bonneau.

1 CF Montreal: win for Di Tullio 2 Opera Festival: Yourcenar in two stages 3 Elon Musk plans to fight back against Twitter 4 Angry that his daughter is being ignored by mascots,... 5 The "king of Xanax trafficking" in the crosshairs... 6 Pope's visit: Indigenous survivors were heard 7 The Alliance loses its last game at home 8 The Alouettes “have to look in the mirror” 9 Kim Clavel is the WBC light flyweight champion 10 New theater on Île d'Orléans: cancellations... 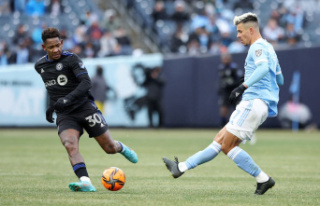