Is our television in danger?

In the United States as in Canada, society has made giant strides in less than half a century.

In the United States as in Canada, society has made giant strides in less than half a century.

North American society has been transformed thanks to the accelerator provided by television. This is even more true in Quebec, where the new media took off at the time of the Quiet Revolution, which changed our relationship with authority, reduced to almost nothing the ties that had bound us to religion for two centuries and democratized an education hitherto reserved for the elite.

If television has had less clear consequences in English Canada and the United States, it is because society there is less homogeneous and religions are more numerous and, no doubt, less stifling than Catholicism was in Quebec. . The first television series, like Father Knows Best or Quelle famille! were based on an idealized image of the family. Authors, producers and broadcasters quickly realized that the fierce competition between networks would force them to become more daring. Gradually, the series became more risque, each in its own way testing the limits of public morality.

THE INFLUENCE OF THE UNITED STATES

American television has always had a profound influence on ours. It is evident on English-Canadian television, which is almost a copy of the other. Canadian cities even take on the appearance of American metropolises. No Quebec author or producer can deny that, apart from a few exceptions, their inspiration is often drawn from American television.

American sitcoms and drama series ended up trivializing, at first timidly, then more and more overtly, common-law unions, homosexuality, voluntary termination of pregnancy, sexuality in all its forms, not to mention violence, by far the most egregious export of American television. English-language television followed the same path. Quebec television has been even more audacious and continues to be so, as evidenced by a series like Sans rendez-vous. But for how long will it be so?

The end of Roe v. Wade, decreed last week by the United States Supreme Court, surprised and shocked half the people of the United States, but it made the other half cheer. The case has brought to light the deep divide that exists in the neighboring country. According to forecasts, nearly half of the states will take advantage of this within a few months to ban abortion. This does not bode well for other hard-won social advances such as gay marriage and various manifestations of sexual freedom.

WHAT IS PIERRE POILIEVRE PLANNING TO DO?

One would have to be naïve to believe that American television will continue to enjoy the freedom it has today. The morality leagues, the tens of millions of fervent religious and the innumerable "preachers" emerged as the great victors from a latent struggle which had never ceased since the 1973 shutdown. It would also be very naive to imagine that our television will not be affected by this moralizing wave. Strengthened by such a victory, conservative public opinion will become more assertive.

On September 10, the leader of the Conservative Party will be elected. He could become the next Prime Minister of Canada. Ahead of the vote, MP Pierre Poilievre, who appears to have gotten a head start in the race, is expected to make his true intentions on abortion known. At the same time, he should clarify his intentions on CBC / Radio-Canada and the Canada Media Fund, financed in part by public money. Without this fund or an equivalent, Canadian television as we know it will not be able to survive.

1 Fondaction: let's set the record straight 2 Russia bans 25 Americans including Biden's wife... 3 Pakistan: Three dead in attack on polio vaccination... 4 US and Iranian negotiators in Qatar before talks resume 5 Ukraine: the Russian army claims to have hit an arms... 6 Seventh wave of COVID-19 hits Europe 7 Laval: heavy fine for a motorcyclist intercepted at... 8 Russian invasion: the Kremlin will stop its offensive... 9 The G7 launches a "climate club", a new... 10 War in Ukraine: Zelensky calls for Russia to be designated... 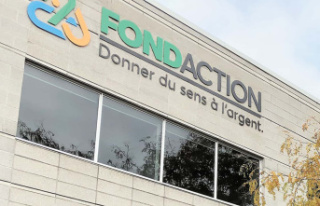