The madness of Mathieu Dufour took hold of the Bell Center on Saturday evening, where nearly 13,000 admirers of the mane comedian gathered. 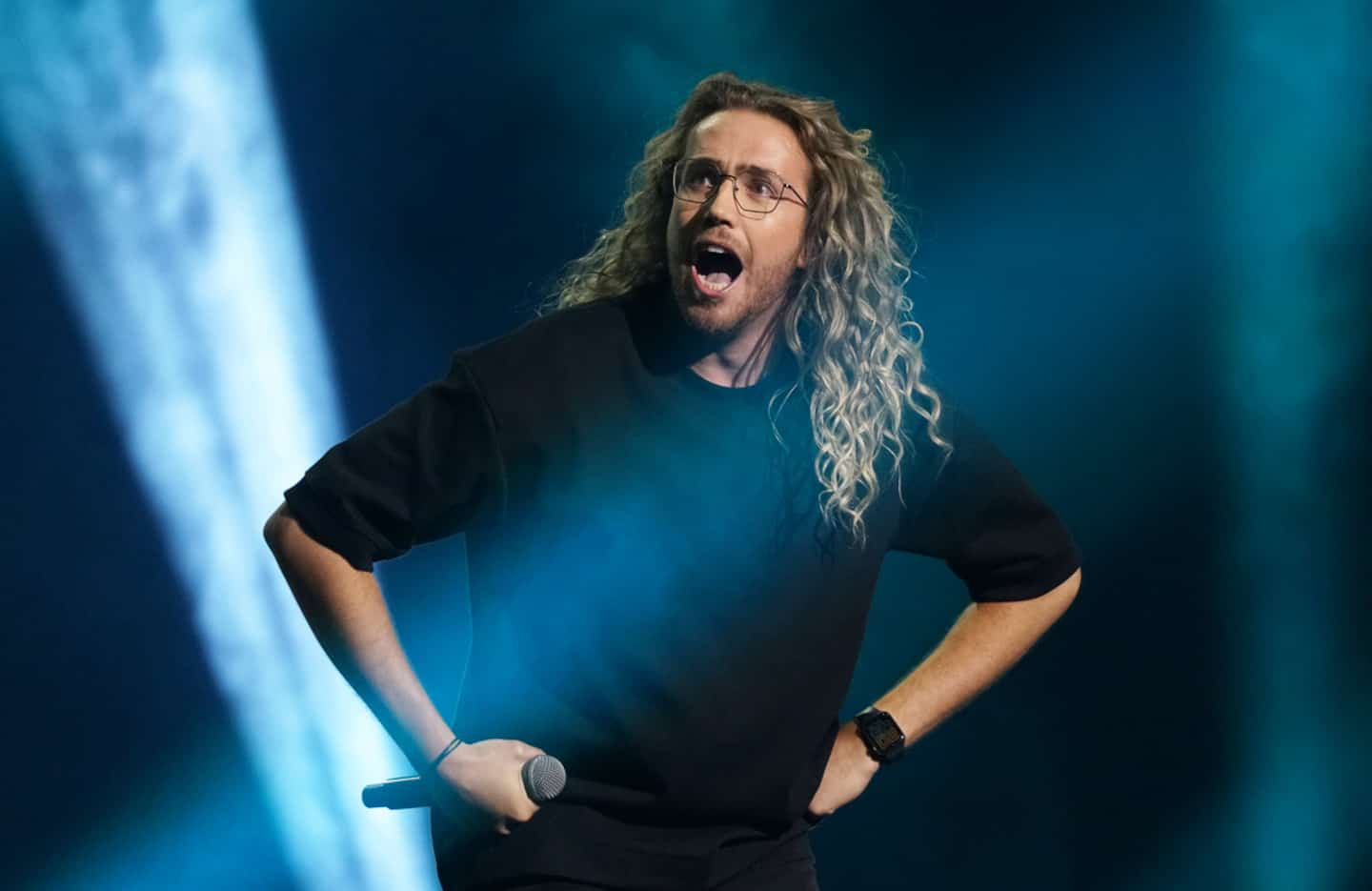 The madness of Mathieu Dufour took hold of the Bell Center on Saturday evening, where nearly 13,000 admirers of the mane comedian gathered. After making himself known through social networks during the pandemic, the young comedian is now playing in the big leagues.

By way of an opener, a stunt double emerged on a platform on stage as Mathieu Dufour made a surprise entrance to the floor before heading back up the aisle where he had to ask the security guards for help to get on stage, because we had forgotten to install steps.

But when you know Mathieu Dufour, he could not settle for such a simple starter. He therefore asked the public to forget the ten minutes that had just passed to go backstage and redo an entrance worthy of a big star.

Presented by Justin Morissette, Math Duff finally arrived at the top of a platform, accompanied by pyrotechnics, dressed in a sequined one-piece and perched on boots with huge stiletto heels.

Mathieu Dufour told various anecdotes related to shows he was able to see at the Bell Center, such as the time he had to come back to see Celine Dion the next day, not remembering the show he had seen the day before because of an excess of alcohol and polpettes.

As the comedian is in improvisation mode on stage, the show is necessarily uneven and disjointed, between two really hilarious and effective flashes.

Pier-Luc Funk then arrived on stage, dressed in the same high-heeled boots as Mathieu Dufour. The two engaged in a wacky imitation of Marie-Mai on the song “Cobra”. Pier-Luc's boots finally ended up in the public.

The evening was captured by Netflix, which will offer a 60-minute digest on its platform at a later date, but the mechanics of the filming sometimes broke the rhythm of the show a little.

Mathieu Dufour then remembered the period when he was in the Cadets. “I was never a male, but once they wanted to go paintball. I was so bad that I was the laughingstock of my team. I hated everything." The game ended when he emptied his magazine into the back of a guy he thought was from the opposing team, but who was actually... the club's photographer!

The COVID artist of the year, at the Gala Les Olivier, in 2021, then spoke of his experience of a medieval summer camp at the age of 12. "It's my sister's favorite story," he said. In his head, Math Duff had created a Merlin-style character, with special powers for the occasion, by taking remains of costumes found at home. “When I got to the camp parking lot, I started crying. All eyes turned to me. I made people laugh at me so much, I finally stayed in the chalet all weekend doing the dishes.

Mathieu Dufour has an incredible ability to make the crowd react with ease. Obviously, the public loves him and follows him in all his madness. By our cut-off time, he was starting to tell a few anecdotes about his experience using marijuana, while other equally surreal stories were expected.

1 Attempted murder: a man shot in Montreal 2 Shawinigan: two seriously injured in a motorcycle... 3 The Pope arrives in Canada 4 Canada world champion in the 4 x 100 meters relay 5 The Capitals without pity for the Boomers 6 The 55th Quebec-Laval Games Final 7 The photo I never managed to take! 8 The planet is hot: more than 1,200 deaths in the Spanish... 9 Families await their return in anguish 10 After the disaster, the challenge of relocating in... 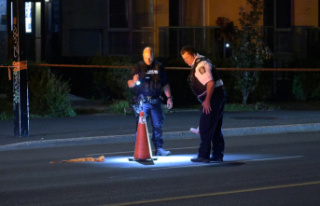