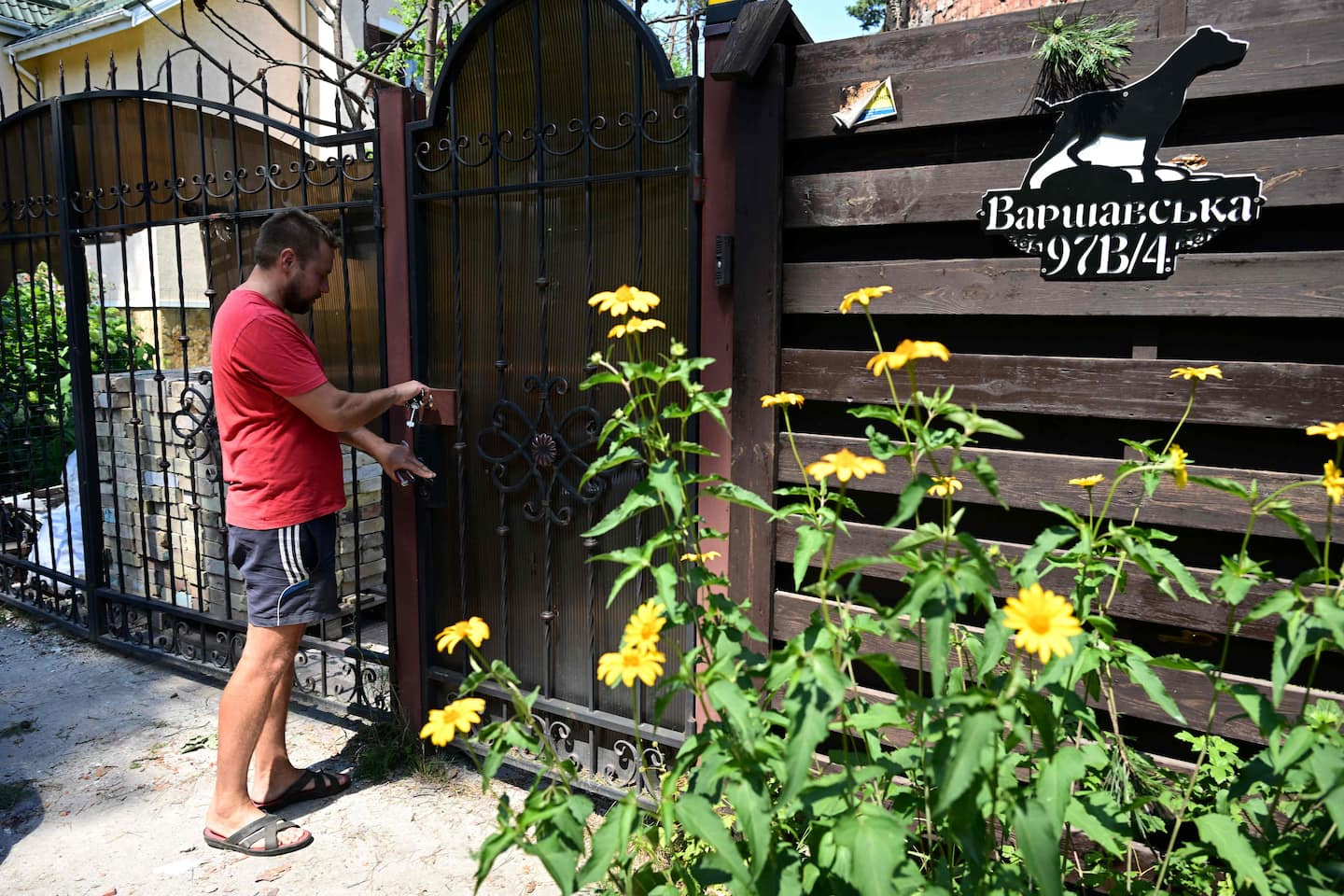 IRPINS | "One, two... 19 in all": Yevguen Yelpitiforov counts the bunches of keys in his hands. Since the beginning of the Russian invasion, this trained biologist has taken on a new task, taking care of the apartments or houses of friends who have fled the war.

• To read also: Ukraine: a former FSB at the head of the government of the occupied region of Kherson

At the wheel of his old blue car, Ievguen, who knows the suburbs of northwestern Kyiv well where he has lived for 10 years, now regularly criss-crosses the streets of Irpin and Boutcha to watch over “his properties”.

Russian forces withdrew from the area at the end of March, after a particularly destructive occupation. It was shortly after that he began to be in demand.

"A lot of friends who left asked me to go see if their building was intact, if the windows and doors were still in place," says this 37-year-old man, blond goatee and good-natured smile.

The sets of keys began to arrive: some in the mail, others delivered by neighbors. Sometimes accompanied by coffee or chocolates, as a thank you.

Ievguen visits the properties for which he is responsible regularly and on a voluntary basis, to water the flowers, empty the fridges, send belongings to their owners or simply turn on the lights, "to show that there is someone" and ward off looters. .

For those who return, Ievgen, who earns his living as a gardener, also leaves a small welcome gift: a bouquet of flowers, or cherries, to make them feel “happy”.

“If I was in their shoes, they would help me too. I wish someone would water my flowers or clean my fridge,” he says.

“The hardest thing”, according to him, are the refrigerators and freezers filled with rotten food after weeks without electricity: “the smell is such that you can pass out!”

Yevguen was even offered a Soviet gas mask, which he uses for particularly nauseating operations. Even after a complete wash, you have to come back to air regularly because “the smell remains for another week or two.”

In Boutcha, a neighboring suburb of Irpin that has become a symbol of the crimes committed during the Russian occupation, he parks his car in front of a complex of brand new buildings, most of whose windows have been blown out.

On the parking lot, a car is nothing more than a heap of metal. The bodywork of another is riddled with shrapnel.

Yevguen does not linger, he only waters a few plants. In the small apartment of one of her friends, nothing or almost nothing evokes the war. Except for an inscription on a wall, in black felt, clearly left by Russian soldiers: “Excuse us for having broken down the door”.

The latter had to be replaced, like most of the doors on this floor.

“Key keeper” is also a task that Oleksandre Fourman, 31, performed frequently in April. He, who played the role of understudy on TV before the war, reserved one day a week to take care of six apartments in Kyiv abandoned by friends.

His most unusual assignment during this time? Store in a discreet place the sex toys that his ex-girlfriend and his new partner had left lying around when they abandoned their home shortly after the start of the Russian invasion at dawn on February 24, he confides.

"She told me 'I can't even ask my mother to do it,'" says Oleksandre, bursting out laughing. “I washed them and hid them well,” he continues, before suddenly becoming more serious.

"I was lucky. I was not shot at, missiles did not fall near me”. By helping others, “I am only doing my duty to those who have suffered,” he says.

Back in Irpin, Yevguen heads for a building that has remained intact. In a duplex whose bay windows overlook a school with a roof blown off by a bombardment, he films with his smartphone about twenty potted plants, a video intended for owners who have gone abroad.

“That one is alive, that one too. And this one is "kaputt"", he lists.

He stops again in front of a house of which only the charred walls remain. While workers are mounting a new roof, the young man examines a young thuja severely damaged by the flames.

“He reminds me of the Ukrainian people,” Yevguen said thoughtfully. “On the one hand, he is burned, on the other, he has the strength to hold on to continue to grow and become green again”. 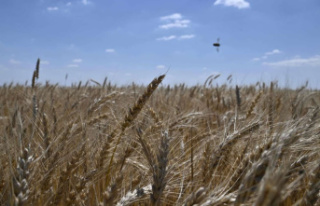