Launched on June 9, Sam Tucker's new EP GROW was born out of the singer-songwriter's desire to create something different. 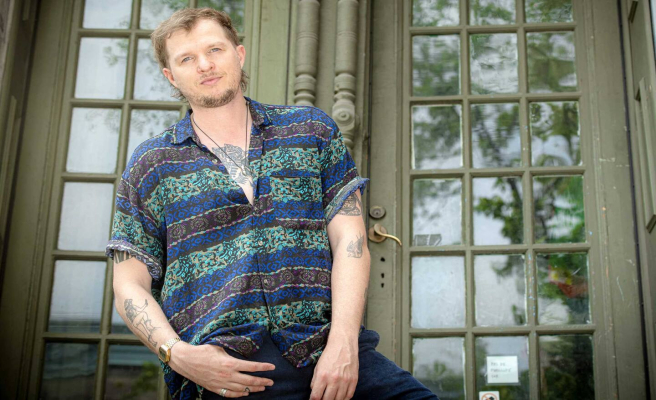 Launched on June 9, Sam Tucker's new EP GROW was born out of the singer-songwriter's desire to create something different. “I felt like I was only doing sad folk, I wanted something lighter that feels good,” explains the artist who we met thanks to the show La Voix in 2018. .

He was born in the countryside of northern England, ended up in the Gaspé during a French immersion internship at the age of 22 and has never left since. Sam Tucker is a language-loving traveler who found music on the detour.

If he landed in Gaspésie with his guitar – he had taken a few lessons when he was younger and strummed more than he played – the one who fell in love with the landscapes, the tranquility and the values ​​of simplicity of the Gaspésiens never thought of making a career in music.

It all started when he was asked to replace a songwriter in a bar. “The world loved it, it paid well and the booze was free,” he laughs. It gave me the idea to make a career out of it. Then, with my friends, we tended to watch La Voix en gang on Sunday evenings. We had fun saying that I would do the show one day.

Against all expectations, it was the production team of La Voix – who had heard of his work and his talent – ​​who called him to come and audition in 2018.

“It was a good springboard to start a more professional career, says the one who even met his manager there. It plugged me into the industry and catapulted me in another direction.”

In 2019, the artist, now a singer-songwriter, signed with Audiogram to release an EP entitled All in Good Time in May 2021. Just before the pandemic hit.

Disappointed to have “lost the momentum” of this first album launched when the world practically stopped turning, the musician also found himself confined to a chalet in Notre-Dame-du-Portage for a few weeks. It is towards creation that he turned to stay the course.

Armed with a microphone and an old guitar, he started listening to loops of electronic, instrumental and “lo fi” melodies (so-called raw music or music with imperfections) unearthed online. It inspired him enough to end up creating a very different EP: GROW Part 1.

This small detour in his career has become a different project from what the 30-year-old folk singer is used to delivering.

“I grew through this process; hence the title of the album and one of the songs: GROW. Both musically and personally. It was a big step to take that artistic freedom and do it almost alone.”

The artist reached out to producer Connor Seidel (who has worked with Charlotte Cardin and Matt Holubowski among other artists) for advice. He helped him with the general mix and the co-production of this four-song EP, of which Running was the first extract.

With the second, baptized Hoolywud, the creator offers an offering with a more "groovy" atmosphere, with a voice reminiscent of that of a Justin Timberlake (this is intended!) and ironic lyrics making fun of the excess of fabulousness of Hollywood.

"It's a project that doesn't take itself too seriously," says the new dad, who will never stop releasing folk music albums. It's light with a bit of a humorous side. A great summer outing!”

Sam Tucker's GROW Part 1 is on the platforms

1 Francos de Montréal: France D’Amour, as energetic... 2 New book by Réjean Bergeron: a dive into Antiquity 3 Microfictions 2022: an excellent vintage 4 Discover accessible board games for the whole family 5 Mario Strikers: Battle League... exhilarating! 6 Under the charms of Victoria 7 Montreal must learn from Toronto 8 Motorcycle accident: a father almost stayed there 9 More than 1,000 dead or injured by bullets in four... 10 A pastor tired of having a funeral 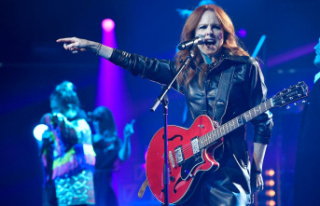