Lack of motivation at school: "The teachers are also nonchalant"

Accused of being more passive and unmotivated than ever, teenagers are pointing the mirror back to some of their teachers who are themselves often absent or who are content to read a textbook in class. 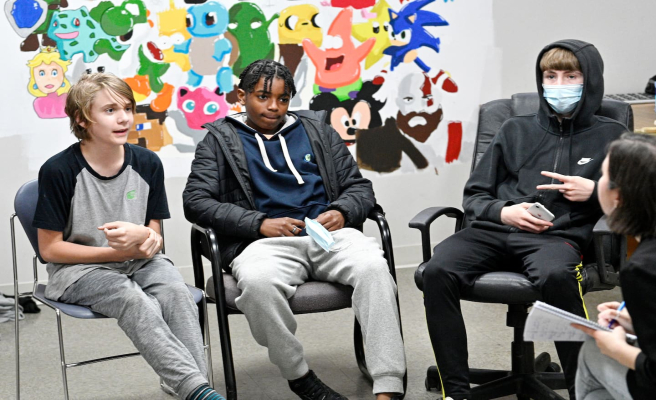 Accused of being more passive and unmotivated than ever, teenagers are pointing the mirror back to some of their teachers who are themselves often absent or who are content to read a textbook in class.

“It is also because of the teachers if we are not motivated. They are never there. She's always a substitute. They don't care, ”says Jessica Dumergean, 16.

The Journal spoke to 10 people who work in a secondary school or in a youth centre. Almost all observe a demotivation vis-à-vis studies and a difficulty in getting organized or taking action.

How to explain this trend? The Journal met with about fifteen students at the Maison des jeunes Le Squatt in Ahuntsic, in Montreal, in order to seek their point of view.

"Distance school was not really school," says Noa Livet-Pages, 15. “I was just not going [to virtual classes] and I still passed. »

“There, they are really tightening the screw”, says the young man, who notices a “radical” change of pace now that the health crisis is over.

“The students just kept their habits from COVID time,” sums up Noa.

The Journal asks them if their grades have dropped since the pandemic. In unison, everyone raises their hands.

For many, it is mainly the fault of the teachers. On this subject, they are inexhaustible. "It's not normal for the teacher to just have the notebook read in class. And that when we have a question, he tells us: “go to Google”, reports a student. I'm not going to lie. If I don't understand anything, I won't work [to succeed]. »

Although she denounces the behavior of certain teachers, Jessica Dumergean admits that the ball is also in her court. "It's starting to worry me [the drop in grades]". She hopes to go to CEGEP next year. To achieve this, she plans to spend less time sleeping... and more time doing her homework.

A 13-year-old student admits that if he has the choice between finishing an important assignment or doing babysitting to earn money, he prefers babysitting.

Young people seem particularly aware of the labor shortage, which manifests itself at school, but which benefits them in the labor market. “Even if studying is really boring, it is still important. I don't want to spend 30 years of my life in a convenience store," says Ron Laviatrice, 16.

For the youngest, the notion of a career is very distant. "There are already people asking me: 'What do you want to do later?' But I'm just in secondary 2, ”exclaims Sydney Fleury, 14.

Young people who report a lack of motivation in their teachers may not be completely wrong since many school workers find that their colleagues are at their wit's end.

Mathieu* takes care of the first cycle as director in a secondary school in the metropolis. What struck him the most this year was not the attitude of the students, but that of his team.

“I have never dealt with so many conflict or distress situations in adults,” he says.

He must sometimes mediate between staff members. Sometimes, between an employee and a student, he illustrates. “There is a lot of irritability. »

"I've never seen people knackered like that," abounds Mireille* about her colleagues at the primary school in Montreal where she teaches.

Not only has the pandemic affected their own mental health, but they must now deal with the increased burden of difficulties among students, underline several speakers.

"It's distraught," sighs Marjorie Racine, who teaches in Longueuil.

Her 4th grade students simply do not have a 4th grade academic level, she summarizes.

“Sometimes we have the impression that we are not doing our job well […] We no longer know where to put the priorities. »

Crystel* is a school psychologist in Montreal. Its role is mainly to evaluate the students. “But there, I have teachers who come to see me in my office. I didn't have that before. »

This fatigue, it is likely that the students feel it, supposes Camille Rivard, coordinator at the Maison des jeunes de Repentigny.

"I throw zero rocks at school staff," she warns. But we are often told by young people: there are some who do not feel supported and understood by the staff of their school. They feel turned around. »

*Fictional names. Several stakeholders have remained anonymous so as not to identify their students and to avoid reprisals from their school service centre.

1 CEGEP teachers are concerned about the difficulties... 2 Pierre-Hugues Boisvenu: a long fight for his daughter... 3 A shortage of staff at the worst time in schools 4 A final lap for “the pillar of our family” 5 Finally a drop-in center at the Parliament of Quebec 6 A third of Montreal's HLMs are in poor condition 7 Caffeine would lead to more impulse purchases, according... 8 New episode of gunshots on the island of Montreal 9 On the sidelines of the Grand Prix: a bang against... 10 The beaver dam did not hold 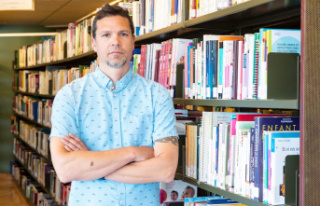 CEGEP teachers are concerned about the difficulties...