Laval police are trying to find people who may have witnessed an attempted murder committed last week in the Saint-Dorothée district.

Laval police are trying to find people who may have witnessed an attempted murder committed last week in the Saint-Dorothée district.

A few minutes later, several calls were made to 911 to report the presence of a man covered in blood trying to enter the gate of an apartment building.

Dispatched to the scene, the police found the victim seriously injured in the lower body. The 35-year-old was quickly taken to hospital to treat his injuries.

The investigation elements collected so far have shown the presence of an orange-red Dodge Dart vehicle at the crime scene.

Investigators would like to speak with the occupants of this car, as well as anyone else who may have witnessed the attempted murder.

Anyone with information that could help the investigation progress is invited to contact the Laval police at 450 662-INFO (4636).

1 Horne Foundry emissions: Quebec will conduct public... 2 Alouettes: Vernon Adams Jr. on the injured list 3 Wearing a mask: a geriatrician doctor calls election... 4 Prison closed for two police officers who remained... 5 [LIVE] The Pope arrives in Quebec: follow all the... 6 Pope's visit: very few faithful on the Plains 7 National Bank Open in Toronto: passes for Marino,... 8 A representative of CF Montreal with the MLS NEXT... 9 Lanaudière: start of the Memory Festival 10 The Fed raises rates again by three-quarters of a... 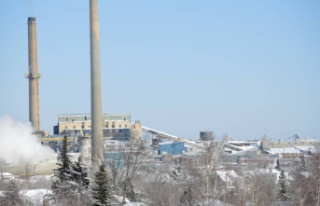