LIV Golf: popularity up for grabs

BEDMINSTER, New Jersey | It's not rushing to the gates of Trump National for the third tournament in LIV Golf history in Bedminster. 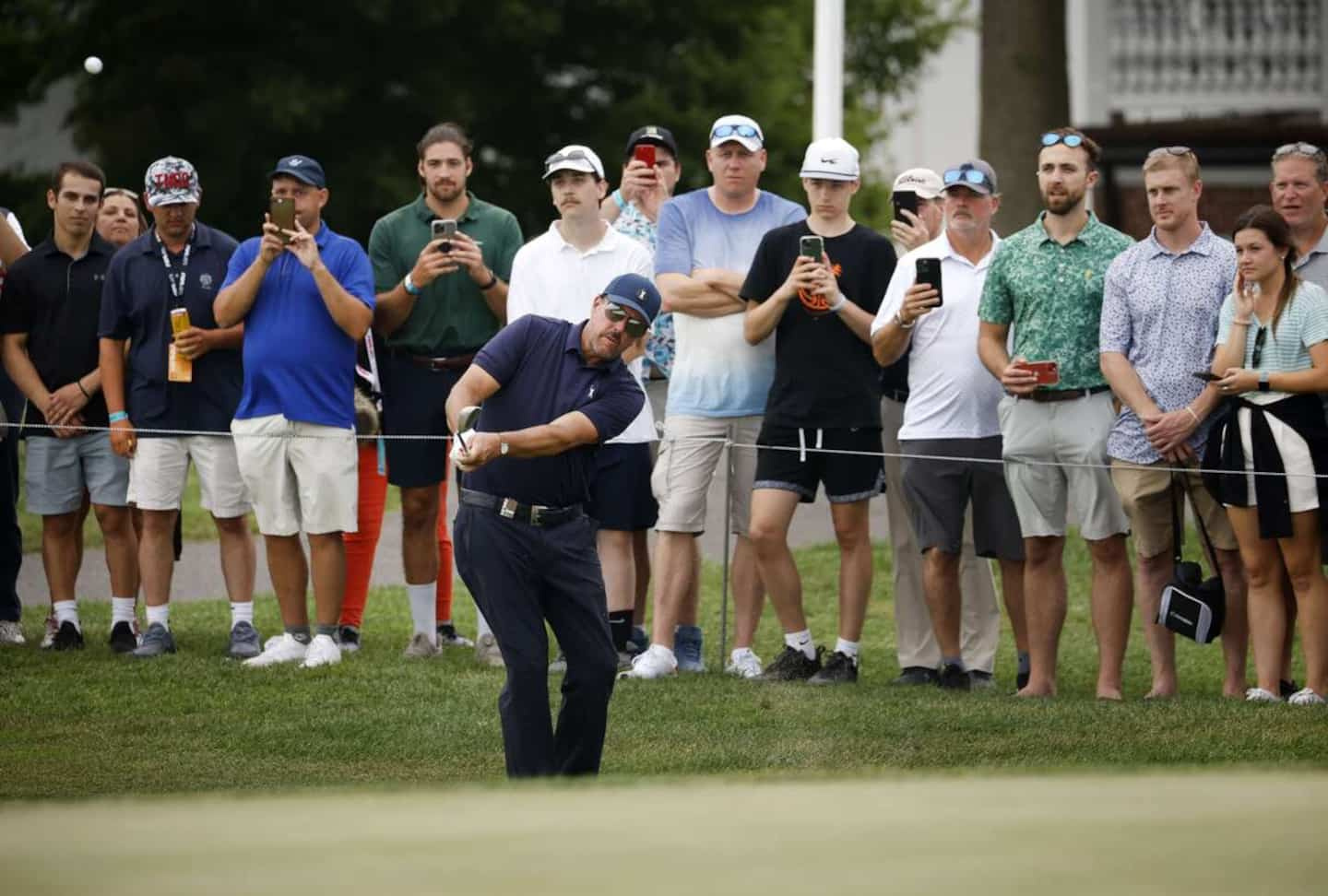 BEDMINSTER, New Jersey | It's not rushing to the gates of Trump National for the third tournament in LIV Golf history in Bedminster. The organization claims to do things differently, but struggles to get mainstream attention.

The megalopolis in the northeast of the United States that stretches from Washington D.C. to Boston is a favorite place for sports enthusiasts.

However, it was very quiet this week on the Trump National course in Bedminster. And as a curtain raiser for the tournament too, with the exception of groups of protesters expressing their disgust with the series.

Many of them do not swallow this presence of a league propelled by Saudi money 75 km west of One World Trade Center when 15 of the 19 terrorists of September 11, 2001 came from Saudi Arabia. Others demonstrate against suppressed rights and atrocities committed by the Kingdom.

Around the course, you don't feel the frenzy of a PGA Tour event. Despite loudspeakers spewing music that can be heard everywhere on the property, the atmosphere is not as advertised in the slogan, which is noisier.

Lounge observers who doubt it are invited to visit the various sites hosting the best golfers in the world... It's teeming everywhere and there's action.

If it wants to be faithful to what it announces, the league has a strong interest in activating on all fronts.

In Bedminster, we especially note the parades of distinguished guests and luxury. In the stronghold of the 45th President of the United States Donald Trump, that was to be expected. Well-known public figures, foreign investors, influential members of the American business community and members of the wealthy golf club stood out among the spectators.

On the course, there are barely half a dozen small two-level bleachers where a hundred people can fit. They are installed near the play areas to create the atmosphere. General Admission ticket holders follow in the footsteps of the headliners.

Surrounding the club facilities are various types of "boxes" where the atmosphere is more party-like, especially with the booze flowing freely in the hot sun.

But the general atmosphere does not come close to a regular PGA Tour tournament. As for major tournaments, she can't even compare.

LIV Golf is following the same trend as its sole investor, the Saudi Public Investment Fund.

Thus, it is impossible to know the number of tickets in circulation as well as attendance at the first two tournaments of the season.

Colleagues covering both events estimated that less than 10,000 spectators passed through the turnstiles each day.

The same trend is seen on the 7591 yard course this weekend. On the eve of the first tee shot, tickets in two categories, Gallery Club and Club 54, were sold out for yesterday's first round. We don't know the number.

At general admission, prices are set at $75 per day while at lodges the daily value ranges from $275 to $1250. The "premium" package for the entire tournament is $4250. In American money, of course!

On Thursday evening, it was possible to purchase $1 tickets on online resale sites.

Behind the scenes, it is said that many of the tickets in circulation are given away to increase attendance and show in the images that the event is of interest to fans.

Without official data, it is difficult to contradict the theory.

With the exception of the Masters Tournament, attendances are known in major professional tournaments. Daily crowds are often estimated at around 50,000 people per day.

BEDMINSTER, New Jersey | An unrealistic scene unfolded Thursday morning during the pro-am on the first tee. After their respective tee shots, Dustin Johnson, Bryson DeChambeau, Eric Trump and Donald Trump took a few steps to leave the mound, until a voice came from behind. They had forgotten a distinguished guest... and not the least!

It was His Excellency Yasir Othman Al-Rumayyan. This is the Governor of the Public Investment Fund of Saudi Arabia. It is he who holds the gigantic money pump which entirely finances the new LIV Golf series.

The two golfers and their youngest therefore stopped their approach, the former American president and his son too. The man rushed to plant his ball and rush under their watchful eyes and that of commissioner Greg Norman.

The governor did not seem bothered by this lack of respect. In the context, if there was anyone to remember, it was him. Not to mention that the Trump family is known to have business ties with the Saudi Investment Fund.

No wonder the Trump Organization is hosting two LIV tournaments this season. It is a form of revenge against the PGA of America, which had moved the edition of its 2022 championship from Bedminster to Southern Hills, after the assault on Capitol Hill on January 6, 2021.

Competition executives at LIV did not release the full guest list for the pro-am. One of the influencers who took part in it took care of publishing it on her social networks.

With Trump's presence at the site, in addition to those of Governor Al-Rumayyan and his chief financial officer Ziad al-Murshed, it goes without saying that security was greatly enhanced.

Secret Service agents protecting the ex-president patrolled the course in around 20 carts. Added to this is security around the Saudis.

Al-Rumayyan landed on the doormat of the Trump National by opening the door of one of two identical black Mercedes-Benz luxury sedans. These were surrounded by four huge sport utility vehicles.

1 Cultural activities: what to do this weekend 2 François Bellefeuille: a free show to end his tour... 3 ComedyHa! Fest-Québec: Michel Courtemanche, a clown... 4 Just for teens: “A big party for young people” 5 10 songs of July to discover 6 New EP: An Existential Pandemic for Matthew Barber 7 Normalizing and embracing diversity on TV 8 Your dog in the car: tips for taking great walks 9 New trilogy by Camilla Läckberg and Henrik Fexeus:... 10 A dose of rage: becoming an FBI informant 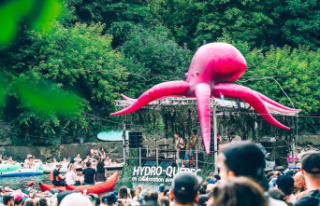