[LIVE] 107th day of war in Ukraine: here are all the latest developments

Intense street fighting and shelling continue in the key city of Severodonetsk in the Donbass region as the war in Ukraine enters its 107th day. 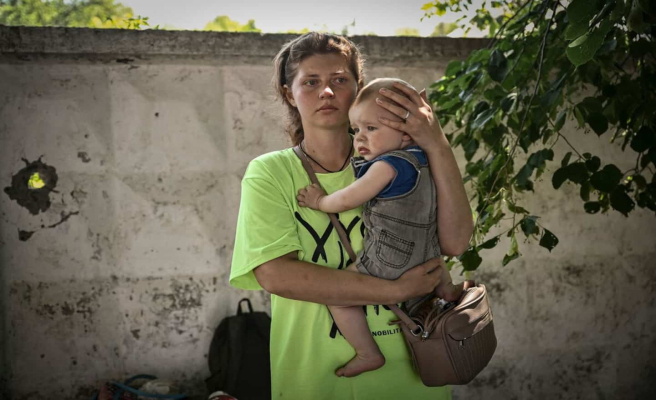 Intense street fighting and shelling continue in the key city of Severodonetsk in the Donbass region as the war in Ukraine enters its 107th day.

The Ukrainian army said on Friday that it had struck Russian positions in the Kherson region in southern Ukraine, a region almost entirely under the control of Russian forces where Kyiv fears that Moscow will soon organize a referendum for a annexation to Russia.

1 hour | The Eurosatory exhibition opens on Monday, Ukraine in the backdrop

Eurosatory, the largest international exhibition for land defense and security, opens Monday north of Paris in a context of rising military spending, accentuated by the first lessons of the war in Ukraine.

0h45 | Mariupol Diary: The War in Ukraine as Seen by a Child

It's one of the bloodiest chapters of the war in Ukraine told in the words and drawings of an eight-year-old boy: Yegor Kravtsov kept a secret diary in Mariupol as the city fell to cut off Russian forces.

Holed up for weeks in a cellar with his family, Iegor kept himself busy filling the pages of his little blue notebook, with an idyllic picture of Greece on the cover.

0h45 | Russia: in the former Stalingrad, a warrior cult in the service of power

Stalingrad! On the banks of the Volga, this city, now called Volgograd and which was the scene of an infernal battle, perpetuates an imaginary warrior invoked by the Kremlin to justify its offensive in Ukraine.

The victory of the USSR against Hitler at Stalingrad in February 1943 marked a turning point in the Second World War. More than a million people died there during the battle, one of the bloodiest in history.

1 “Blood, sweat and tears”: never-before-seen footage... 2 After 30 years of crime, the trial of the "rapist... 3 Two cases of swine fever in Rome: a thousand pigs... 4 Shanghai will partly reconfine itself for a major... 5 Johnny Depp's lawyer calls romance rumors 'sexist' 6 The pope, suffering from the knee, postpones several... 7 Finland wants to build fences on its border with Russia 8 Boris Johnson 'appalled' by death sentence... 9 Disappearance in Lévis: a 34-year-old man has been... 10 In Russia, the Central Bank lowers its key rate 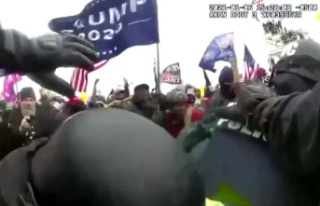