Looking for a TV series for the holidays? Here are our suggestions 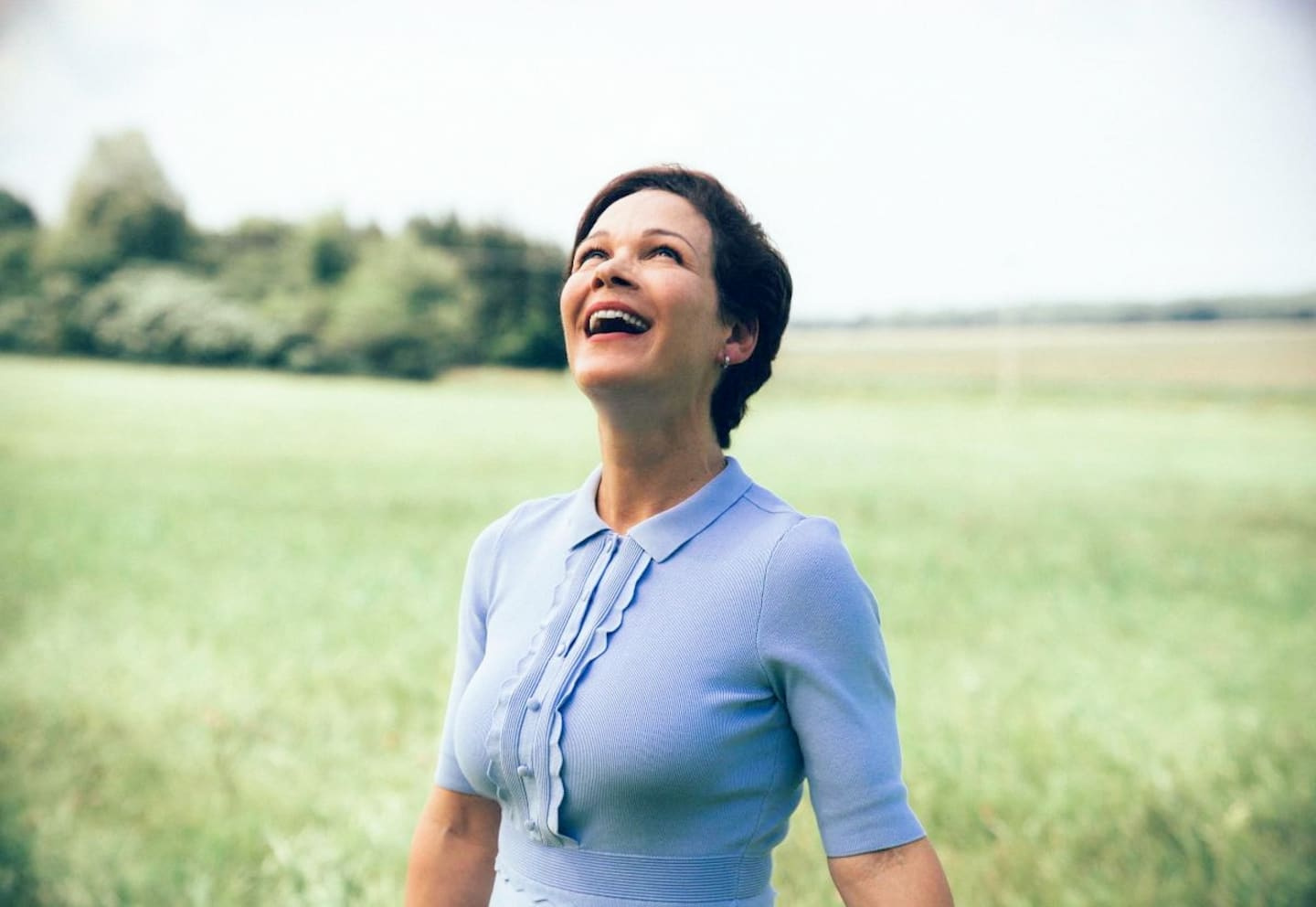 We are spoiled. We are flooded with quality productions. Seeing everything that's coming across different platforms and conventional TV is a full-time job. For the holidays, here are some suggestions of recent titles that have already won over a very large audience in recent months.

François Létourneau has fulfilled expectations with this second season of his formidable comedy. Huguette outdoes herself there as the new boss. The eye of the tiger becomes the eye of the devil. Fasten your hats, she does not hear to laugh. Micheline and Marie-Josée confirm that women are emancipating and not just in Sainte-Foy. Gaétan and Serge are having a hard time, it's the fight between Quebec and Montreal, hearts are breaking and bickering breaks out within our gang of little crooks. Remember that the series takes place in the mid-1970s when neighbors and friends with rather ordinary lives decide to play the criminals. All the elements are there for tasty entertainment. Jean-François Rivard and Robin Aubert sign the realization.

This first TV series directed by Philippe Falardeau depicts the daily life of a family of farmers who disagree on how to manage the business after the death of one of their own. Written by Florence Longpré and Suzie Bouchard, it delicately deals with the issue of foreign workers who ensure, under rudimentary conditions, that we have products on our tables while ensuring the profitability of their bosses. A story full of ingratitude, but deeply human from which escapes a little humor. Even if we note a discrepancy in the level of play of certain characters, this series highlights a reality that must be lingered. Sandrine Bisson is wonderful in the skin of a woman who has to invest in the agricultural environment, the challenges of which she discovers. Special mentions to Edison Ruiz and Jorge Martinez Colorado who are particularly touching.

It is the story of a mother who, for 15 years, has been fighting to clear her son accused of murder who is languishing in prison. It is also the story of a small town where everyone knows each other, where everyone protects themselves. It is also the story of an investigator, plagued by doubts, who wanders between his head and his heart in search of the truth. Céline Bonnier is excellent there, as is Louis-Philippe Dandeneault, who we find in a role full of nuances. The plot is revealed there in dribs and drabs, as Joanne Arseneau knows how to do so well. Stéphane Lapointe's production is effective.

Freshly landed, this new series from the Stéphane Bourguignon-Patrice Sauvé duo (La vie, la vie) leads us in the footsteps of a former infiltrator who no longer believes in the system. He will decide to investigate and avenge his wife left disabled following a shooting in the middle of the street for a drug deal between two gangs. Although several keys are given to us quickly, the scenario remains dense and surprising leaving a good place for the depth of the characters. Behind this investigation hides a man who, although consumed by guilt for not having protected his wife, seeks to regain his professional and personal integrity.

Filed a little before the holidays, this series full of tenderness was unanimous and still deserves its place in this list. Remember that she also stood out at Cannes last April. Guillaume Lonergan signs a smooth and poetic production for texts by Florence Longpré and Guillaume Lambert. We follow a young woman as she emerges from a coma that lasted 16 years. By tracing the thread of events, she relearns the achievements of life, but also what friendship is. She aspires to regain her autonomy to taste the years that have escaped her.

This is the true story of Elizabeth Holmes who had the great leaders of Silicon Valley in admiration and who managed to outsmart everyone by founding a fictitious biomedical technology empire in the early 2000s. She received more than 700 million $ of investors, has climbed all the charts of success. All in all, a fascinating story. It was in January that the fraudster (the real one) received her sentence. We can say that this series carried brilliantly by Amanda Seyfried is current.

This dystopian thriller tinged with dark humor, starring Adam Scott and Rosanna Arquette, is a virulent critique of capitalism and our performance society. I wrote previously about this series in which employees of a large company have a chip installed when they enter work to forget their lives. An encounter will disrupt this routine and cause a rather disturbing existential crisis. An original series.

A beautiful spring crush that will certainly make you laugh. We are here in a mockumentary bill a la The Office or Parks and Recreation. This time, we are immersed in an elementary school in an underprivileged neighborhood of Philadelphia. Janine teaches second grade. She is an idealist full of ideas to stimulate her students, but who frankly lacks authority. The class next door is led by Barbara, the perfect one that all the students listen to. There is also Jacob, the history teacher who survived his first year, Mélissa who never goes through four ways to say what she thinks and Ava, the director in search of fame. And all the children of course in a multitude of situations, both funny and real.

Everyone deserves to be happy. It's the truth. But this is also what Joel candidly affirms to Sam, a forty-year-old returning to her hometown who is looking for meaning in her life after the death of her favorite sister. Joel is a former choir colleague who spent a somewhat unnoticed adolescence, but who knows how to seize every opportunity to be happy. Discreetly landed here, this Emmy-nominated comedy-drama has something to think about. It stars comedian Bridget Everett, seen in several Amy Schumer projects, and depicts the gossip circulating in a conservative small-town Kansas suffocating those who are more on the fringes or who prevent themselves from living their dreams. A bit like After Life (by and with Ricky Gervais), we follow with humor and realism an ordinary person who seeks to flourish. Between mourning, an alcoholic mother, a judgmental sister, a job correcting boring essays, Sam finds small joys in contact with those who have nothing to do with regrets. A very nice series in which many will recognize themselves.

It's a second season for this grating comedy-drama that takes us behind the scenes of the world of humor. Deborah Vance has had some phenomenal and lucrative years in Las Vegas. Feeling down, she hires Ava, a clumsy and blunt young scriptwriter to write her new show. It is a relationship as toxic as it is addictive in which each will learn a lot from contact with the other. An unlikely friendship will ensue. But an up and down friendship where nothing should be taken for granted. We love for this entertaining balance of power, for the vulnerability that emerges from it, because it is an environment that intrigues without being as glamorous as we think and especially for its biting dialogues.

1 Shawn Barker: le retour de The Man in Black 2 Generation 2.0: artists who have followed in the footsteps... 3 Cultural activities: what to do this weekend 4 Michel Courtemanche's career in five souvenir... 5 Oddities of the banal: shiver through the quirks of... 6 In reading mode: ideal for holidays 7 “Nish”: total change of scenery for two indigenous... 8 Second novel by Anne Genest: the energizing power... 9 Here are 14 polars to escape this summer 10 Aldo breached some conditions of $10 million grant 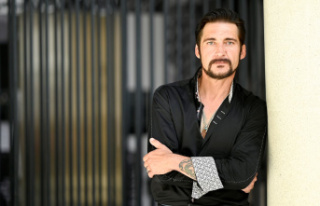