Low productivity and lack of financing, the main challenges of Ibero-American SMEs

The 'V Ibero-American Forum of MSMEs' addressed the importance of SMEs in the economy. 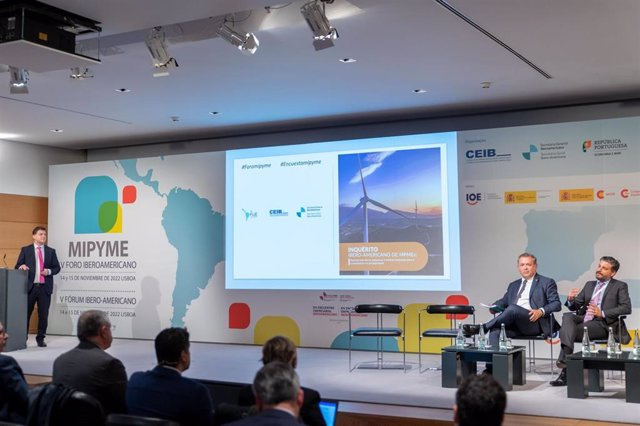 Public-private collaboration, greater productivity and offering appropriate incentives are some of the main requirements for Latin American SMEs to progress in the current context, according to what authorities and experts in the field have met in Lisbon in November. during the 'V Ibero-American Forum of Mipyme'.

During the opening session, the Ibero-American Secretary General, Andrés Allamand, stressed that the region has grown little and for it to progress, strong institutions, legal certainty, regulatory frameworks and administrative rules are needed to favor the business climate. "Entrepreneurship is an engine for the economy and families. Behind every successful venture there is progress and vulnerability is left behind," he pointed out.

With regard to the challenges that SMEs have to face, Allamand highlighted the lack of productivity of this type of company in the region, taking into account the data on their contribution to GDP, since SMEs from Spain and Portugal have amounts higher than those of Latin America.

On the other hand, in terms of financing, Allamand considered that specific mechanisms should be generated and access to credit improved. In addition, internationalization is another important challenge, since intraregional trade in Latin America barely represents 15% of the total. "Sometimes growth does not have the correct incentives, so they would have to be found and encouraged for SMEs to progress", he assessed.

In turn, the president of CEOE, Antonio Garamendi, has advocated responding to the concerns of businessmen in the region and "actively" collaborating with institutions and governments. In addition, he has indicated that it is necessary to bet on favorable frameworks for companies, which allow improving the performance of business activity, as a guarantor of investment, growth and prosperity. "Companies are not the problem but the solution", he stated.

For her part, the Vice Minister of Foreign Trade of the Dominican Republic, Vilma Arbaje, emphasized during the inauguration that SMEs are not only a key element in supplying the goods demanded by the countries' domestic markets, but also the main engine of economies today. "For this reason, it is essential to accompany and provide support to this type of company," she pointed out. 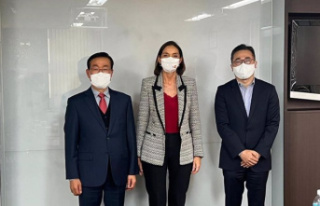 Maroto says that the investment of Iljin Materials...