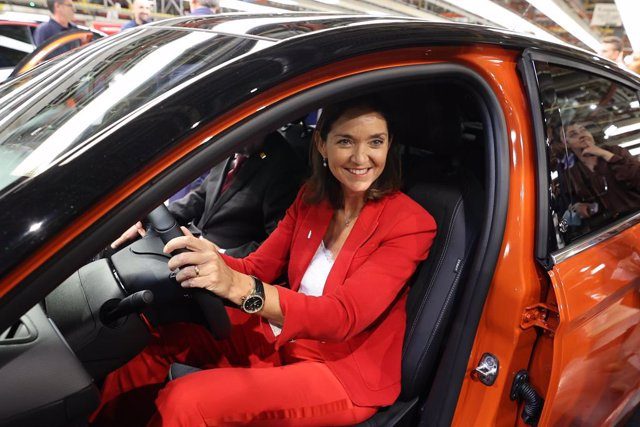 The Minister of Industry, Commerce and Tourism, Reyes Maroto, has defended this Wednesday the management of the Perte Government for the development of the electric and connected vehicle (VEC) and has accused the PP of "boycotting" European funds and going to Brussels "to speak ill" of Spain.

During the government control session in the plenary session of Congress and in response to criticism from the PP deputy Tristana Moraleja for her management of the Perte VEC, Maroto stressed that the 877 million euros allocated in the first call for this project are more than the "zero" funds allocated by the PP government to support the automobile industry.

"I don't know if executing 877 million euros can be good or bad news, but it is more than what you executed supporting the automobile industry, which was zero (...) Many words and few facts. Before giving lessons to the Government, respect the Constitution, unblock the General Council of the Judiciary and stop going to Brussels to speak ill of Spain", the minister replied to the 'popular' deputy.

Maroto has been "very satisfied" with the management that the Government of European funds is carrying out. "In these two years of executing the funds, we have already authorized close to 3,000 million euros, which represents 64% of all the funds assigned to the Ministry. Satisfaction with a PP that blocks and boycotts the funds," she stressed. .

In addition, the minister has urged the PP to support the General State Budgets for 2023 if they are concerned about European funds, since the public accounts contemplate 10,000 million euros for the Ministry of Industry, "with an increase of more than 200% compared to to the miserable budget that the PP left in 2018", he denounced.

For her part, the PP deputy Tristana Moraleja has affirmed that, if the Government wants to ensure success in managing the Perte, it would have to remove Minister Maroto from her post, and has given as an example of her "failure" everything happened with the Perte VEC.

"You announced on March 3, 2021 Perte VEC and, in your audacity, you named the beneficiaries before taking it out to free competition, when you could not and should not do so. Sánchez had to rectify a little later ensuring competition before the scandal it caused," Moraleja denounced.

The PP deputy has also criticized that when the regulatory bases of the Perte VEC call were published, in December 2021, it was seen that "maturity was lacking" and until March 17 of this year the aid was not called.

"The result was a disappointing provisional resolution and already, last week, the verification of its failure with a definitive resolution that left many companies and workers behind and that a year and 7 months after its announcement," Moraleja criticized.

"Important investments are at stake and the responsibility is yours," the 'popular' deputy warned the minister.

1 Treasury reiterates that the pension system "is... 2 Volvo Cars sold 6.9% more in October, but accumulates... 3 The central government forecasts the recovery of tourism... 4 The Government does not see the tourist tax "so... 5 ANNOUNCEMENT: Crideo launches its maker registration... 6 COMMUNICATION: Gestilar makes the leap to Andalusia... 7 ANNOUNCEMENT: Tempel Group holds a conference together... 8 COMMUNICATION: Repair your Debt Lawyers pays €30,509... 9 The Spanish Stock Market trades 42% less in October 10 Mitsubishi almost quadruples its half-year earnings,... 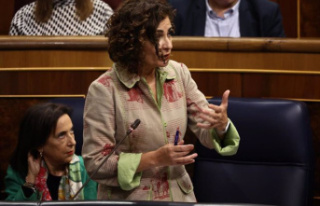 Treasury reiterates that the pension system "is...