A salty addition for McDonald's to avoid a lawsuit: the fast food giant has agreed to pay around 1. 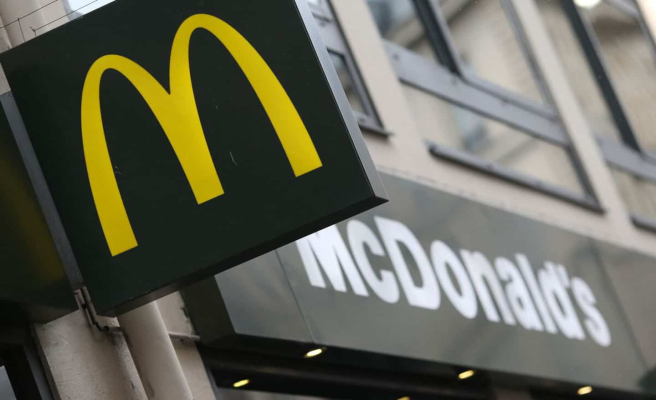 A salty addition for McDonald's to avoid a lawsuit: the fast food giant has agreed to pay around 1.7 billion dollars in France and thus escapes criminal prosecution for tax evasion between 2009 and 2020.

The president of the Paris court, Stéphane Noël, validated Thursday the payment by McDonald's of a fine of public interest of 508 million euros (690 million dollars), accepted by the fast food group.

During this hearing, it was announced that McDonald's would also pay 737 million euros (approximately 1 billion dollars) to the tax authorities in respect of the corporate tax evaded by this scheme of tax evasion.

This legal agreement of public interest (Cjip) concluded with the National Financial Prosecutor's Office (PNF) is the most important in France to date in terms of tax evasion.

McDonald's on Thursday welcomed the "end" of a dispute "without admission of fault" and assured "everything to do to comply with the laws". The multinational had provisioned $500 million in its accounts for the first quarter of 2022.

The preliminary investigation was opened by the PNF in January 2016 following complaints from the McDonald's Ouest Parisien works council and the CGT McDonald's Île-de-France, and entrusted to investigators from the Central Office for the Fight against corruption and financial and tax offenses (Oclciff).

Since then, justice has established that the restaurant chain, in the crosshairs of the tax authorities since 2014, had artificially reduced its profits in France from 2009 by means of royalties for the exploitation of the McDonald's brand paid by restaurants at home. European mother based in Luxembourg.

This led in France "to absorb a large part of the margins generated by restaurants and to reduce the taxes paid by the various structures of the group", noted the president of the judicial court.

While everyone at the hearing welcomed the "collegiality" of the work that led to this agreement, the boss of Oclciff Guillaume Hézard noted to AFP that "the collaboration with McDonald's is very late, it dates from 2020”, after a “long” and “complex” investigation, “which pushed the company to its limits” and which made it prefer to go to an agreement rather than it ending in trial.

The national financial prosecutor, Jean-François Bohnert, pointed out that the fine in the public interest had been set at the "maximum amount" possible.

Apostle of the Cjip, sometimes criticized, he defended this agreement which as a whole represents "2.5 times the amount of tax evaded" by the group, or according to him a "real sanction, both symbolically and economically", which makes it possible to "respond to transnational fraud".

McDonald's is also "negotiating a prior transfer pricing agreement with the various countries concerned to ensure or regulate the way in which these royalty rates" criticized "will be established in the future", underlined Antoine Jocteur-Monrozier , deputy prosecutor of the PNF.

The Directorate General of Public Finance (DGFip) welcomed in a press release an agreement which "responds to a double requirement of tax fairness and justice".

In terms of Cjip, the absolute record is Airbus, which agreed in 2020 to pay 2.1 billion euros to avoid prosecution for acts of corruption. In this case, however, the aircraft manufacturer had from the outset been in a process of collaboration with justice, according to the source close to the file.

"This decision opens up the possibility of civil remedies for employees, which they are quite sure of winning on the basis of the faults committed by their managers who deprived them of their chances of having a participation", according to Éva Joly, lawyer with his daughter Caroline of the plaintiffs.

"With this system, we were condemned to not being able to touch the fruits of our labor", recalled Gilles Bombard, former secretary of the Works Council, who confirmed the intention of the complainants to open "a new procedural component" at the level individual".

Thursday, a coalition of European unions (EPSU, EFFAT) and American (SEIU) spoke of a "snub" for McDonald's and a "victory" for employees.

According to the PNF, thirteen people had been taken into custody, including Denis Hennequin, CEO in 2009 of McDonald's Europe, Jean-Pierre Petit, CEO of the sign in France, and Salvatore Perri, former general manager France and Europe from South.

Will they be prosecuted, now ruled out for their then employer? Several sources interviewed by AFP on Thursday seemed to doubt it.

In September 2018, the EU ruled that the advantageous tax treatment granted by Luxembourg to McDonald's was legal.

1 Long-awaited meeting between Musk and Twitter employees 2 Uber now available everywhere in Quebec 3 Quartier DIX30: Carbonleo back in management 4 The school tax will increase by a maximum of 3% 5 12 Disney Parks by Private Jet for Just...$110,000 6 Capitol assault inquiry examines Trump's pressure... 7 UK sanctions Russian Orthodox Church leader 8 [LIVE] 113th day of war in Ukraine: here are all the... 9 France is suffocating, like Spain, the scene of fires 10 Trump won't always get away with it 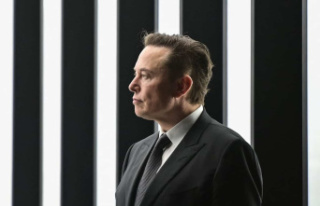