Mexican Peso Forecast: Powell Paves the Way for USD/MXN Failure in the Near Term 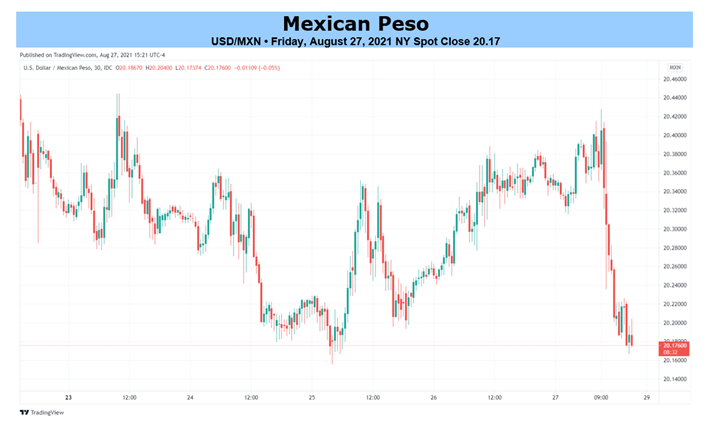 The Federal Reserve chairman's speech at the Jackson Hole virtual summit triggered a positive response in the Mexican peso and risk-assets across the board while sending US Treasury rates lower. Although Jerome Powell indicated that the "substantial further progress" criteria has been met for inflation and that it could be appropriate to begin tapering accommodation this year, he was vague and did not signal an announcement was coming at the September FOMC meeting.

Powell's failure to commit to a "taper timeline" and his promise to evaluate incoming data and emerging risks before making a decision indicate that there is no consensus at the central bank to immediately withdraw stimulus. Policymakers might be more inclined to wait until then before pulling the trigger.

With the Fed still dovish and more patient than ever as it waits for the labor market to recover further, long-end US Treasury yields are likely toremain depressed in the short-term, a scenario that would support higher-yielding currencies such as the Mexican peso, which has one of the most attractive carry-adjusted-for-volatility in the EMFX space. For this reason, USD/MXN could stay defensive and possibly break below the 20.00 psychological mark in the coming week.

We may see USD/MXN declines further in the last stretch of the month. However, it is important that we continue to monitor economic data as new information on macroeconomics may alter the market narrative. That said, next Friday the US Labor Department will release the August nonfarm payrolls report (NFP). With forecasts of 450,000 to 950,000, traders expect to see 750,000 additional jobs. A "print of one million" is sufficient to revive US dollar buying and to keep alive the September taper announcement.

USD/MXN bears took control of the market heading into the weekend. They drove the exchange rate near a critical support area at 20.20/20.10. This is where the August 25 low intersects with the 200 day moving average. There is potential for the currency to move towards 19.80 in short-term if sellers can push prices lower than this critical floor. If USD/MXN moves higher unannouncedly, then the first technical resistance is at 20.45/20.50. If the barrier is breached, the June high of 20.75 would be the immediate upside target. 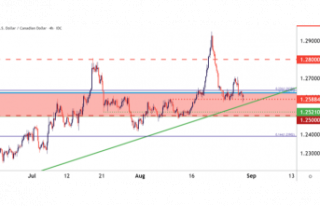