“Mégantic”: “I put all my heart into this project”, says director Alexis Durand-Brault

During the day, Alexis Durand-Brault shoots the second season of his "Portrait-robot" series and once home, in the evening, he supervises the special effects of his next offering, "Mégantic", which will also land on Club illico over the next few months. 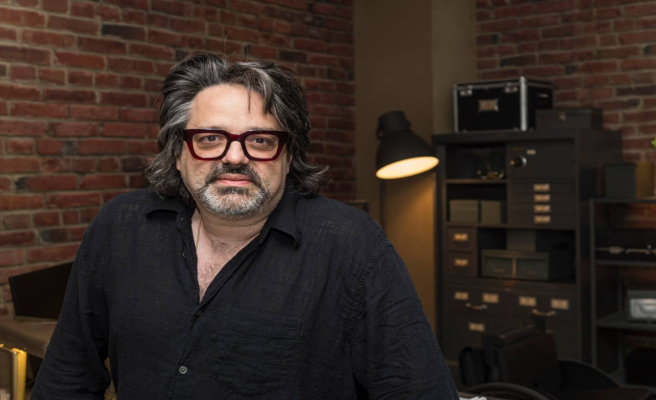 During the day, Alexis Durand-Brault shoots the second season of his "Portrait-robot" series and once home, in the evening, he supervises the special effects of his next offering, "Mégantic", which will also land on Club illico over the next few months.

“The eight episodes are edited and I am at the special effects stage. We have 397 "shots" of special effects. It's really beautiful as a series. Everyone is putting all their heart into making it the best possible project, the most representative of what these people have experienced,” Alexis Durand-Brault told QMI Agency.

Of course, he is referring here to the rail tragedy of July 6, 2013, which decimated downtown Lac-Mégantic and killed 47 people after 72 tank cars from the Montreal, Maine

“Mégantic” focuses on eight intersecting points of view, those of victims and their loved ones who experienced this disaster almost nine years ago.

"It's the story of a city, of a community, everyone knows each other, so it intersects. The drama was not experienced in the same way. Some have drifted into madness, others unfortunately have not made it through, others are still trying to survive and some have moved on. But the suffering of the people of Mégantic is something universal and it cannot be compared, each thing is unique," said Alexis Durand-Brault, to whom we owe the touching series "Aux de Beatrice”.

“Now I live with the ghosts a bit because I filmed there and met a lot of people. Even people at the beginning who were angry because we wanted to do a series became friends. They understand that we put all our heart, we put the package [in this project]. We are very happy with the result, I can't wait for people to see it."

With a large production budget, “Mégantic” will be fine-tuned until the very last minute. “The series is going to be finished just before it is shown, because there is a lot of work. We will soon be recording the music with an orchestra. The post-production is enormous”, explained the director, who believes that “Mégantic” will go around the world.

“Our actors, our images and our talents will travel. I'm sure it will be spread everywhere. It's a great series, because we had the means to make a great series. Quebecor and Videotron have decided to invest. When you see the images for the first time, you realize that we are in another world, in another economy, in another way of doing things that is close to what we see internationally.

1 The Daily Mail in court for “defamatory” articles... 2 Michigan gubernatorial candidate arrested for role... 3 Arms trafficking: more than $6 million for the Akwesasne... 4 CF Montreal: new agreement for Olivier Renard 5 J.T. Miller in the transaction market? 6 Did the Bruins lie to Bruce Cassidy? 7 Montreal wants to modernize its Maisons de la culture 8 Four arrests during an anti-drug operation in Abitibi 9 Death to the Big Wheel of Montreal: he had to clear... 10 Former Canadiens player Michael Bournival honored... 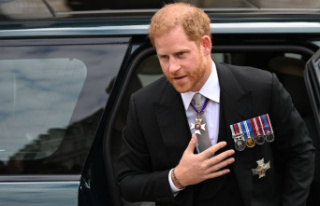 The Daily Mail in court for “defamatory” articles...